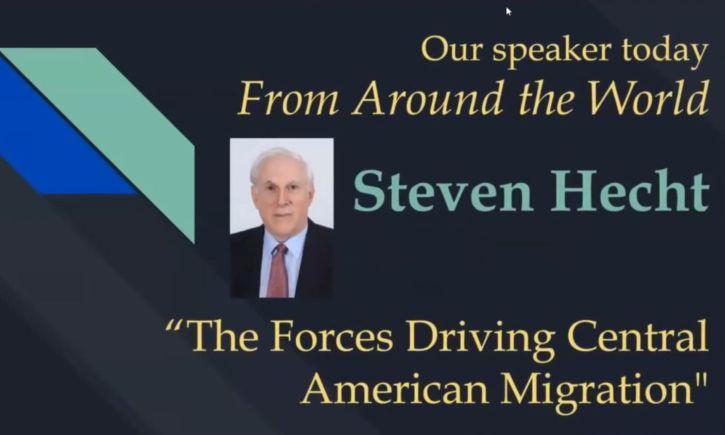 On August 12, Steve Hecht, editor at large of the Impunity Observer, made a presentation to the World Affairs Council of the Desert.

He explained that abuse of asylum procedures resulting from court rulings have fueled illegal immigration. Former President Donald Trump circumvented congressional refusal to legislate a fix by entering into agreements that permitted asylum claims to be filed outside the United States. The Biden regime changed back to processing them inside the country. The impossibility of doing this led to the current crisis of a dramatic increase in illegal immigration.

Regarding the push factors, he explained that Kamala Harris’s open support of Guatemala officials who have public records of criminality exacerbates the conditions that promote irregular migration. Changing this policy could produce positive results for both countries and the region.