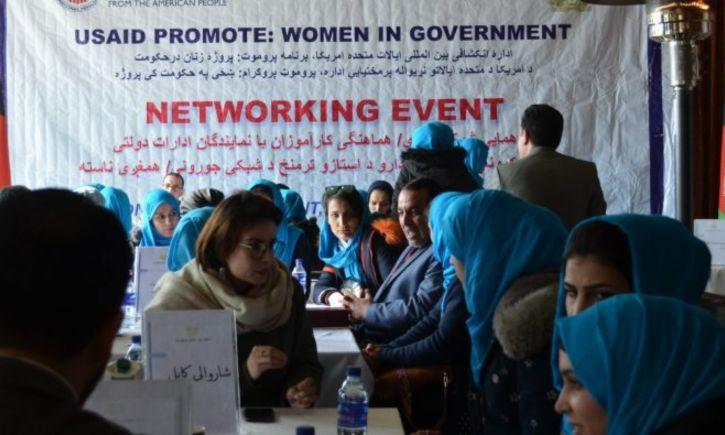 The best example of the fallacy that the United States can build nations is the USAID in Afghanistan and around the world. (Wadsam)

The disastrously managed withdrawal from Afghanistan has greatly harmed the United States in many ways that will last for decades. A possible benefit though will be if Americans lose their appetite for nation-building. The best example of the fallacy that the United States can build nations is the US Agency for International Development (USAID) in Afghanistan and around the world.

We went into Afghanistan after the September 11, 2001, terrorist attacks because the Taliban protected Al-Qaeda. With about 110 CIA officers and 350 special forces operators coordinating with US armed forces airpower, we dislodged the Taliban from power in about two months. We did not finish Al-Qaeda then because political considerations took over from operations.

The ongoing mission was to protect the United States from having Afghanistan used as a base for terrorists. We could have accomplished this without attempting to remake Afghanistan in our image. The people who defeated the Taliban knew this, but bureaucrats and politicians who reflect American cultural ignorance and arrogance took over.

USAID claims it “builds trust between citizens and government, paving the way for a more peaceful, prosperous, and self-reliant Afghanistan.” The Afghanistan section on its website has headings “Supporting Electoral Processes, Rule of Law, and Reducing Corruption.” These lofty words meant nothing in a largely illiterate country. CIA operatives gave local warlords about $10 million in cash to defeat the Taliban.

USAID says “Gender equality and women’s empowerment are at the core of our work.” Try telling that to Afghans. According to a 2013 Pew survey—when the Taliban was not in power—99 percent of locals wanted Sharia to be the official law of the land. Although there is some debate about it among religious scholars, in many Muslim countries a woman’s testimony is worth half of a man’s.

In Guatemala, where I have lived for nearly 50 years, USAID not only imposes itself culturally but supports subversives attempting to impose a socialist dictatorship. On the Guatemala section of its website, USAID states it “helps build the technical and advocacy capacity of local LGBTQI+ organizations.” Considering almost 90 percent of Guatemalans oppose homosexual marriage (and abortion), USAID is in direct conflict with Guatemala’s culture.

Guatemalans look in amazement and disgust at gender politics in the United States. So-called woke people deny women their own bathrooms, showers, and dressing rooms. In Guatemala, there is no issue of self-identification. There are two genders—male and female—and Guatemalans do not want anyone imposing foreign values on them. Likely, Afghans and people of the other countries of the world feel the same way.

USAID financially supports the Guatemalan group 48 Cantones of Totonicapan (48 Cantones). In 2012, 48 Cantones blocked a main highway in Guatemala to protest against the government. The government attempted to apply the law and clear the road. Violence ensued, and six people died.

The prosecutor general, placed in office by criminal actions of the Obama administration, charged the army colonel and his troops, sent to support the police, with extrajudicial execution. The judges handling the case kept the colonel in preventive detention for six years because the facts showed no wrongdoing by the army. In an attempt to portray those blockading the road as victims, a guerrilla commander from Guatemala’s armed conflict (1960–1996) stated at a 48 Cantones meeting that this was the first massacre of the democratic era.

Aid from US taxpayers to 48 Cantones continued. Brian Keane, a USAID advisor for indigenous peoples, said in 2019 that 48 Cantones was a “successful case” of involving indigenous groups to promote equity. 48 Cantones this month resumed blocking roads for political purposes. They are demanding the resignations of President Alejandro Giammattei and Prosecutor General Consuelo Porras.

As vice president in 2015, Joe Biden leveraged US aid to control criminal prosecution. In 2016, the US embassy criminally forced its ally onto Guatemala’s court of last resort. For five years, these US pawns greatly damaged Guatemala through illegal court rulings and prosecutorial crimes that favored the successors of the Fidel Castro-supported guerrillas.

As the Biden Court’s term was ending in April this year, Guatemala’s authorities resisted US pressure to appoint the same type of criminal magistrates. In July, Porras fired the last vestige of embassy control, prosecutor Juan Francisco Sandoval. Despite his public record of criminality, USAID Administrator Samantha Power spoke out on Sandoval’s behalf. Power’s principal advisor, Mark Feierstein, did also.

Having lost control of the judiciary and criminal prosecution, the State Department and USAID now openly lead the effort to impose socialism on Guatemala. Aid recipient 48 Cantones’ return to criminal action is part of the embassy-USAID agenda to depose Giammattei and Porras.

Maybe the disastrous handling of the Afghanistan withdrawal will result in more attention to the fallacy of nation-building and the harm our branch of cultural imperialism, USAID, does to the United States and its target countries. We can avoid this harm and the trap of arrogance and paternalism by abolishing USAID. Other nations can tell a newly created international aid organization how we can help them within established criteria.