Guatemala at Crossroads with Appointments to Constitutional Court
Skip to content 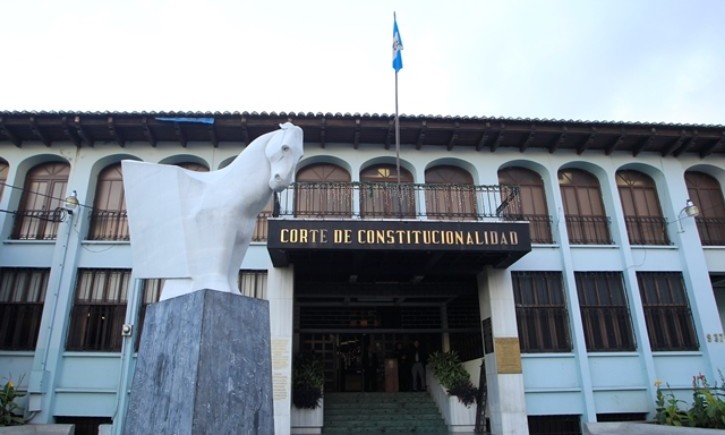 The new Guatemalan magistrates must be loyal to the Constitution and not influenced on judicial matters by anyone. (CC.gob.gt)

Guatemala has had a criminal, political Constitutional Court (CC)—the last word on judicial matters—since 2016, when Joe Biden was Obama’s point man. The magistrates he imposed have enjoyed open support from State Department bureaucrats in betrayal of former President Donald Trump and from congressional Democrats.

Aware that Guatemala has been losing its liberty, the nation’s institutions have resisted pressure from now President Joe Biden to appoint more of his favored magistrates for the 2021–2026  CC term. Accedence would portend another five years of criminal rulings.

The clearest example of resistance is the Bar Association. Lawyers are engaged with the judiciary as part of their profession. Juan Francisco Sandoval, the criminal prosecutor with Biden regime support, filed bogus criminal charges against Judge Mynor Moto to persuade lawyers not to vote for him as a two-month replacement for a magistrate who had died.

Moto won anyway, showing the embassy and Sandoval have no credibility with the Bar Association. Sandoval filed the same charges again, and Biden regime co-conspirator Judge Erika Aifán illegally ordered Moto’s arrest to keep him off the CC.

For their 2021–2026 appointment, the Bar Association elected Néstor Vázquez, who beat Sandoval-Aifán-Biden candidate Francisco Rivas by more than 25 percent. The directors tried to tip the election for Rivas, but they could not fool enough members.

The three branches of government—executive, legislative, and judicial (Supreme Court), all of whose powers have been usurped by the CC—appointed lawyers not of the Sandoval-Aifán-Biden group. Guatemalans want the Constitution to prevail, which it has not for five years.

The CC has issued many illegal, political rulings that violate the Constitution. A few examples:

The CC is doing the work of the socialist movement that wants people migrating to please its partners: US Democrats and State Department bureaucrats. As collectivists, they want people dependent on government so the latter will have arbitrary power over the country.

US Collectivists at the Helm

Twelve Guatemalan civic organizations that represent more than 1.4 million Guatemalans sent a letter to Republican congressional leaders in response to explain the law and procedures. They asked for an impartial investigation. The crimes of the majority of CC magistrates are in the public record.

The fifth institutional appointment to the CC is San Carlos University. A haven for Marxism, it chose Gloria Porras, the leader of CC corruption appointed in 2016 under duress by former US Ambassador Todd Robinson.

The process was flawed. The vote was by voice instead of in secret. They voted repeatedly until those in charge could intimidate people to vote for Porras. She has a public record of corruption and has no academic experience, which is required by statute.

Representatives of the Biden regime are due in Guatemala today. They have already given awards to Sandoval and Aifán, a message of support for bureaucrats whom the CC protects from criminal complaints. The embassy has put much effort into intimidating Guatemalan officials to appoint magistrates who will ignore the Constitution and do the embassy’s criminal bidding.

Guatemalans must support their representatives resisting US extortion, coercion, and threats. If the Biden regime objects to this characterization, it should make public its talks with Guatemalan officials and explain why it involves itself in judicial matters. Guatemalan authorities should record every word of their conversations and make them public.

Guatemalans must continue to insist the new magistrates be loyal to the Constitution and not influenced on judicial matters by anyone, including the Biden regime and its collectivist partners. Resisting US pressure to appoint a new Biden CC would give Guatemala a chance to repair the damage of the outgoing Biden CC and create security and opportunity and have free elections in 2023.