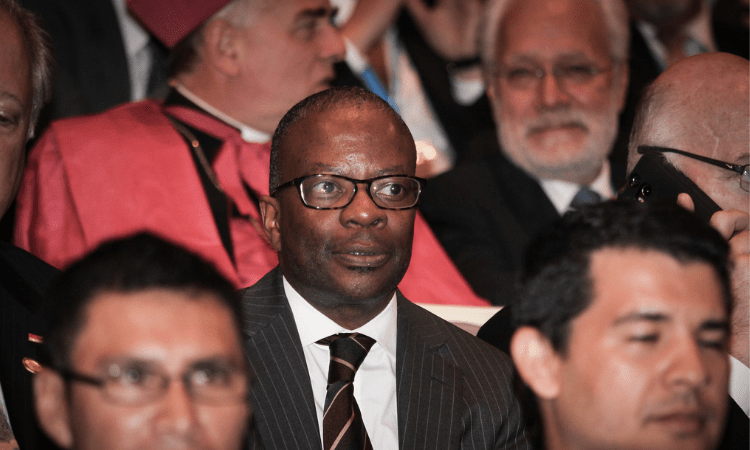 Now that Democrats control our government and have turned openly socialist, Robinson’s criminality is an asset for confirmation. ( Flickr )

Senator Robert Menendez (D-NJ) has confirmed his corruption by engineering the September 28 confirmation of Todd Robinson as assistant secretary of state, International Narcotics and Law Enforcement Affairs (INL). Senators on Menendez’s Committee on Foreign Relations had damaging information regarding Robinson’s record in Guatemala, which Menendez ignored.

In 2015, Menendez was accused of bribery and other crimes by the Justice Department under Barack Obama, likely as retaliation for his opposition to Obama’s Iran nuclear deal. His trial ended in a hung jury. Free of Obama, the prosecutors could drop the case and give Menendez a pass. The Senate Ethics Committee admonished Menendez for violating “Senate rules, federal law, applicable standards of conduct” and ordered him to “repay the fair market value of all impermissible gifts not already repaid.”

Now Menendez and Democrats are embracing criminality in pursuit of their political agenda.

In 2016, Robinson summoned leaders of Guatemala’s congressional delegations to his residence to have them appoint his Marxist ally Gloria Porras to the Constitutional Court (CC), Guatemala’s last word on judicial matters. Robinson threatened the congressmen with visa cancellations or denials and criminal investigations unless they appointed Porras, who won by 145-6 votes in a multicandidate field. The leader against Porras, one of the 6 voters, later had his US visa revoked.

Papal Nuncio Nicolas Thévenin, then the dean of the diplomatic corps in Guatemala, commented publicly: “No country can permit such interference because, far from helping a country in need, it increases tensions.” The archbishop of Guatemala then made it clear the nuncio was referring to the US ambassador. Asked about the questionable appointment procedure, the president of the congress was caught on tape saying Robinson gives him direct orders.

I consulted a former federal prosecutor who advises international clients on US law regarding foreign corruption. The attorney told me Robinson could be prosecuted in the United States if the above facts are accurate. Subpoenaing various participants would confirm the substantial public evidence.

Joe Biden traveled to Guatemala three times in 12 months in 2014 and 2015 to pressure then President Otto Pérez to extend a criminal UN commission, the CICIG. In my June 9 statement to the Tom Lantos Human Rights Commission, I explained how Robinson used the CICIG as a battering ram to impose his agenda. Together, the CICIG and Porras could do almost anything to anyone regardless of law. They jailed political opponents without evidence and protected allies regardless of evidence.

The CC illegally closed businesses and protected armed groups descended from Fidel Castro-supported insurgents. The guerrilla successor groups dominate rural areas, especially along the borders, keeping them open for the flow of illegal drugs and migrants.

Before Robinson became ambassador in 2014, he was the INL deputy assistant secretary. In 2013, the State Department donated six Huey helicopters to Guatemala from its counternarcotics program and turned over the program to Guatemala. INL aviation safety and standardization professionals warned this delegation of contracting to Guatemala, without sufficient preparation, would destroy the program.

Helicopters are the end game of narcotics interdiction. They provide flexibility to intercept incoming drug flights. However, after one of the Hueys crashed in 2016, the Guatemalan government grounded the other five because it could not administer them to meet INL aviation standards. This was a boon for narcotraffickers.

The embassy agreed to send the five Hueys to the United States for refurbishment and to provide four temporary helicopters. They never provided the replacements and did not send the five Hueys until after Robinson left Guatemala toward the end of 2017. The ambassador was more interested in protecting the guerrilla successors than executing counternarcotics operations.

With Trump as president and a Republican-controlled Senate, Robinson’s socialist co-conspirators knew their comrade’s Guatemala performance would impede his confirmation for any new post. They had him placed in Venezuela. Without an ambassador and as charge d’affaires, Robinson was head of the mission despite being number two, which did not require confirmation.

Now that Democrats control our government and have turned openly socialist, Robinson’s criminality is an asset for confirmation. Seven Republicans joined Democrats to provide 53 votes for Robinson. Two Republicans and four Democrats did not vote, and 41 Republicans voted nay.

Under Trump, State Department bureaucrats continued the Obama-Biden policy of imposing the guerrilla successors on Guatemala. Guatemalan authorities have resisted the imposition of criminal socialists on them this year by appointing independent magistrates to the CC and by firing a corrupt prosecutor supported by the State Department.

Biden’s Latin America team has added a comrade to the fight with Robinson’s confirmation. Robinson has been involved with Guatemala since 2009, including when he had left the Western Hemisphere Bureau. Guatemala is the key land route for narcotics to the United States.

As head of INL, Robinson will again push his socialist agenda at the expense of his INL duties, resulting in a continued flow of illegal drugs and immigrants.

Although not on the public’s radar, the vote to confirm Robinson is a microcosm of the state of our nation: criminality and tyranny versus rule of law and liberty. Republicans who vote with Democrats on anything facilitate the destruction of liberty.