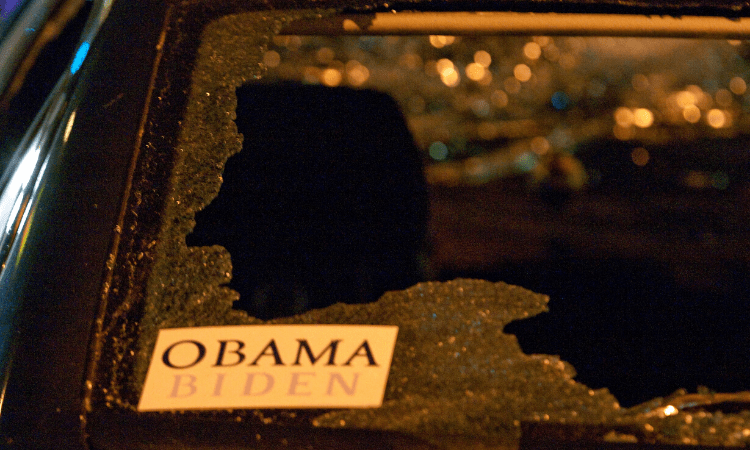 The United States has prospered because its freedom promotes rigorous debate and competition, anathemas to Marxism. ( Flickr)

Author’s Note: The following article refers to the Marxist strategy in the United States. Understanding what is happening there sheds light on the support of the Joe Biden regime for criminal socialists trying to impose a dictatorship in Guatemala.

According to an October 6 Quinnipiac poll, 80 percent of Democrats approve and 10 percent disapprove of Joe Biden. Of Republicans, 4 percent approve and 94 percent disapprove. This amplification of the differences between the party supporters stems from purposeful polarization that is a Marxist strategy to create a dictatorship.

In his signature 1971 work, Rules for Radicals, Saul Alinsky wrote, “All issues must be polarized … One acts decisively only in the conviction that all the angels are on one side and all the devils on the other.”

Understanding the human tendency to blame the other, radicals demonize opponents as racist, homophobic, xenophobic, fascist, terrorist, etc. Alinsky’s binary choice of good and evil divides society into victims and oppressors, promoting fear of and hatred towards the oppressors.

No group of humans is all bad or all good. We should view people as individuals. However, Marxism crushes individualism lest its useful-idiot followers, as Vladimir Lenin called them, consider arguments from beyond the faithful.

America has prospered because its liberty promotes rigorous debate and competition, anathema to Marxism.

No longer disguised as moderate, the Biden regime colludes with big-business partners and their mainstream media to silence opposing speech, such as challenges to the 2020 election. To further polarization, the regime’s partners promote lies and suppress the truth, such as Hunter Biden’s laptop revelations.

Despite words of unity in his 2008 campaign, Barack Obama became the divider-in-chief. Black Lives Matter founder Patrisse Cullors in a 2015 video said, “We are trained Marxists.” Subsequently, Obama had BLM activists at the White House and said, “They are much better organizers than I was when I was their age … I am confident that they are going to take America to new heights.”

We witnessed those violent new heights in 2020. Democrat media partners, standing in front of burning buildings, characterized them as peaceful protests.

Obama’s illegal spying on Donald Trump’s campaign, which Democrat media partners have swept under the rug, failed in 2016. Trump represented an existential threat to Obama’s socialist transformation of our country and to federal bureaucrat control of the government. He was also a threat to media owners and other big businesses because of his trade policies with China.

The cabal of Democrats, oligarchs, and the deep state had to demonize Trump. This kept their base from recognizing that his policies would expose their globalism as harmful to US workers and small businesses. Democrats turned Obama’s spying operation into the Russia collusion hoax and demonized Trump for nearly three years as Vladimir Putin’s agent.

The cabal absurdly portrayed Trump as a racist without evidence and despite voluminous contrary evidence. After Robert Mueller found nothing on Trump and was discredited, the cabal admitted no error. It moved to the next demonization: impeachment for an innocuous telephone call.

With Trump out of power, the cabal created the false narrative that the January 6 events at the Capitol were an insurrection. Besides not fitting any reasonable definition of insurrection, evidence has emerged that the authorities actively let demonstrators into the Capitol. The demonization moved from Trump to his supporters, all 75 million who voted for him.

The cabal is now demonizing those who have not taken the COVID-19 vaccination. This seems counterproductive to the cabal since blacks, whose vaccination rate is less than half that of the US population, vote overwhelmingly Democratic. However, polarization requires constant demonization to keep its base agitated, angry, and fearful to assure they do not see the truth: that they are pawns of a political agenda that is turning the country into a dictatorship.

Now the cabal demonizes parents who object to their children being propagandized with divisive, racist critical race theory. America First Legal sent a letter to Justice Department Inspector General Michael Horowitz asking him to investigate Attorney General Merrick Garland’smemo mobilizing the FBI against the parents. TV host Mark Levin has accused Biden officials of conspiring with an outside group, the National School Boards Association, whose letter served as the basis for Garland’s memo.

The anger, hate and fear the cabal generates among its followers lead them to believe the protesting parents are domestic terrorists and to accept governmental abuse of power against them. The followers accept the un-American vaccine mandates, despite their marginal benefit at this point in the pandemic, because of the demonization of the so-called anti-vaxers. Reason and evidence are irrelevant.

Cognitively challenged Biden is not leading this totalitarian assault. He is a corrupt politician of average intelligence who has served the cabal. His administration is full of Obama people, the most pernicious being Susan Rice. Obama took polarization to a new level while president and likely still runs the operation.

Democrats and their supporters of years past would not have accepted government censorship and abuse of power, including deprivation of individual rights. They do so now because of the purposeful polarization its purveyors know leads to chaos and violence. This creates support for an authoritarian government that promises to make things right.

We must all—Republicans, Democrats, and independents—realize the assault on us that, if taken to where the manipulators want, will harm us all. Let us see through the polarization smokescreen and preserve liberty for all so we can return to healthy, vigorous debate.