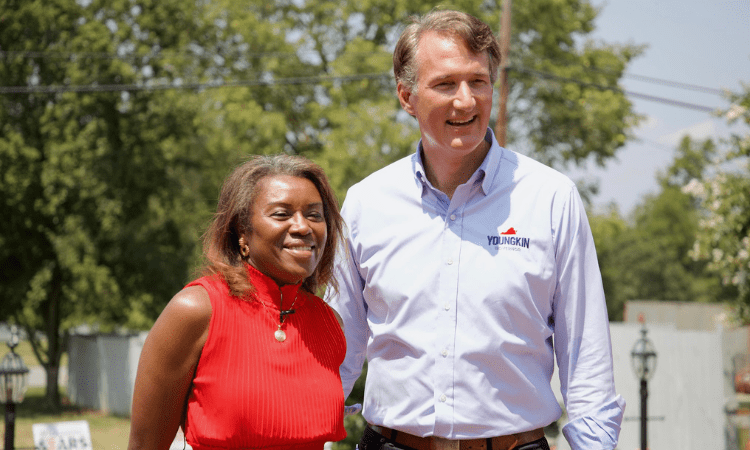 Glen Youngkin won with a positive message of quality education for all and unity. (Flickr)

The November 2 Virginia elections were a turn towards defeat for Barack Obama’s Marxist revolution.

An activist held a sign, “We are one race.” That is an arrow through the heart of the Marxist polarization strategy to promote racial division. Obama, who campaigned for the Democrat candidates, is the master of division as a tool for his transformation of America into a dictatorship.

Class division never caught on with the working class in the United States because of its liberty and upward mobility within its robust economic system. Marxists switched to race to divide and conquer us. The man who was twice elected president by white Americans slapped them in the face by saying Trump won because Americans had been “spooked by a black man in the White House.”

Ironically, the first black president has been the greatest proponent of the false narrative of systemic racism that has brought the nation to the point of implosion. The underlying forces in the Virginia election at the grassroots level repudiated this division. Voters showed that caring about one’s children transcends all political and other divisions. Education is pivotal, especially for the neediest, but has become an indoctrination vehicle.

Democrats have demonized the other to dominate major cities and the federal government. This strategy goes back to Obama’s hero Saul Alinsky and before. Continuing the strategy, the Democrat campaign in Virginia offered only demonization of the enemy and no positive message.

Glen Youngkin won with a positive message of quality education for all and unity. As he said, his campaign went beyond Republicans versus Democrats. His movement promises to promote, from the governor’s office, quality of life and American values: all men are created equal and endowed by their Creator with certain unalienable rights.

Everyone who cherishes liberty should closely examine what happened in Virginia. Democrats and their corporate media partners have blamed white supremacy and racism for their loss in Virginia. The manipulators who demonized Trump throughout his tenure and who put Biden in the White House cannot abandon smoke-and-mirrors polarization without revealing the flaws of their movement.

Demonization got Democrat gubernatorial candidate Terry McAuliffe 48 percent of the vote. Considering Biden won Virginia by 10 points in 2020, Democrats lost about 12 points because of their disastrous policies and determination to control our children.

McAuliffe said, “Parents should not tell schools what to teach their children.” In Fidel Castro’s Cuba, the state is mother, father, and teacher. The Democrat Party wants this for us. Candidates for liberty should recognize that Martin Luther King’s dream—of people being judged by their character instead of their skin color—will continue to peel off people from the spell of Marxist demonization.

People like Virginia’s new Lieutenant Governor Winsome Sears are perfect messengers to break through to those under the demonization spell, those filled with fear and hatred of the other. One by one, we must help release them from Marxist false narratives. We can build on the 12-point swing in Virginia and take back our country for American individualism.

Another issue Democrats shamefully use as a polarization tool is COVID-19. They have divided the country into the vaccinated versus the unvaccinated. Many vaccinated people oppose mandating vaccines as an unnecessary infringement on individual liberty. Many organizations face problems as people resist vaccine mandates.

Biden constantly claims he follows the science, but there is much evidence to the contrary. The Indian state of Uttar Pradesh in May began distributing early COVID-19 treatment kits that contained ivermectin along with other items. The World Health Organization and the CDC were involved.

By the end of August, a comparison with Kerala, a state in the south, revealed a stark difference in results. Uttar Pradesh, with a population of 230 million, is crowded. Kerala, with 35 million people, is less crowded. While Uttar Prades had only 5 percent of its population fully vaccinated, it had 22 new COVID-19 cases on August 25. Kerala, with 20 percent of people fully vaccinated, had 31,445 new cases.

Notable doctors, such as Yale Professor of Epidemiology Harvey Risch, have promoted early treatment, including with ivermectin and hydroxy-chloroquine, as crucial to saving lives: “We could have saved 80 to 85 percent of [those who died] by early treatment.”

Democrats, their media partners, and the regulatory state have demonized those early treatments. Solutions harm their political agenda.

Regarding immunity to COVID-19, Risch stated, “More than 90 studies have shown that natural immunity is … stronger than vaccines … There is no question those who have already had COVID-19 have no need to be vaccinated for public health.”

CDC action supports Risch. Proof of recovery from COVID-19 is sufficient to enter the United States without a negative test. Biden’s mandates do not exempt those who have had COVID-19. That would undercut his managers’ demonization strategy. Science be damned.

Biden criticized “those who just try to make [mandates] a political issue—freedom,” and then outrageously denigrated individual liberty by saying, “I have the freedom to kill you with my COVID-19.”

We must recognize the Biden regime’s totalitarianism and defeat it. We have begun in Virginia.