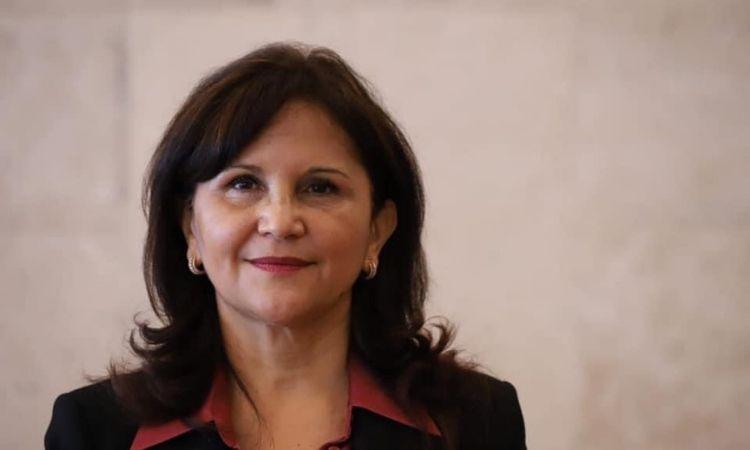 The designation of Gloria Porras to the CC is an example of the subversive efforts from anticapitalists in Guatemala. (@infoUSAC)

Guatemala’s anticapitalists have never stopped their efforts to impose a dictatorship on the country. Their judicial philosophy, stripped of its false packaging, is subversion. The San Carlos University 2021 designation of Gloria Porras to the Constitutional Court (CC) is an example.

Those who control the Supreme Council (CSU) of San Carlos University (USAC) created an arbitrary process to appoint Porras. Their legal arguments pretend to be a good-faith interpretation of the Constitution and the laws.

To the contrary, their legal arguments directly challenge Guatemala’s constitutional governance. The CSU used a voice vote so their thugs and the US embassy could threaten members with reprisals for not voting for Porras.

Guatemala’s Constituent Assembly drafted the Constitution and a law governing the selection of CC magistrates. The law provides for secret balloting and for appointment of a magistrate with university teaching experience.

The CSU alleged Article 30 of the Constitution, which says Guatemala’s administration shall be public, requires a voice vote and overrides the law. The solicitor general in a legal challenge to the Porras designation rejected this contention.

There is no conflict between secret balloting and the public nature of government. The public can view the process but cannot see whom CSU members vote for, assuring their free will prevails.

The CSU ignored USAC voting regulations, claiming they only apply to electing USAC functionaries, not to designating the USAC appointee to the CC. These regulations also require a secret ballot and specify election procedures.

After the second round, the CSU illegally held 10 additional rounds of voting before Porras received 20 of 38 votes on the 12th round. A student member of the CSU who had said Porras lacked the requirements for appointment to the CC suddenly changed her vote to Porras after having voted 11 times for Omar Barrios.

Sources told the Impunity Observer the US embassy had intervened on behalf of Porras. Human Rights Ombudsman Jordan Rodas, close to Porras and the US embassy, also intervened on her behalf. Students, faculty, and deans also pressured CSU members to vote for Porras.

The CSU interprets the Constituent Assembly law’s university teaching requirement as discretional. It is obligatory.

The Constituent Assembly gave the president, Supreme Court, Congress, Bar Association, and USAC one appointment each to the CC. The latter two’s professional appointees balance the former three’s political appointees.

The law prescribes mandatory notification of the participants and interested parties of the March 4 Porras designation. The CSU failed to comply, claiming the public nature of the event obviates the need for notification.

However, the law permits challenges to the USAC designation. Challengers need to know the procedure and the basis included in legal notifications.

The USAC violated the law by not notifying participants and waiting until the five-day challenge period had expired before officially certifying Porras to Congress. By certifying the Porras designation to Congress on March 5, USAC failed to comply with the law.

Congress asked the USAC about challenges on March 8. USAC replied that the Administrative Litigation Law applies but no challenges had yet been received.

Five people subsequently challenged the Porras designation. The CSU rejected them without addressing the arguments. They were clearly attempting to circumvent the law to have Congress install Porras on the CC. On April 13, USAC told Congress the Administrative Litigation Law did not apply to challenges to the Porras designation. The same official on March 8 had written the opposite.

When Congress could not legally swear in Porras on April 13, the US State Department called them corrupt, even though they were simply complying with the law.

In an April 15 act, after being ordered by the First Chamber of the Administrative Litigation Court, the CSU reluctantly began to process a challenge they had previously rejected. In that act, the CSU affirmed they are not subject to the courts, effectively asserting they were above the law.

This arrogance is consistent with their actions.

On June 23, the CSU rejected a challenge, citing the above-mentioned bogus reasoning. USAC restarted efforts to get Congress to swear in Porras. Again, Congress could not do so because of pending challenges, reinforced by court orders.

Assistant Secretary of State for Western Hemisphere Affairs Brian Nichols berated the CC for preventing “the swearing in of a duly elected magistrate in a process that had been carefully reviewed and affirmed by the electing institution in accordance with Guatemalan law.”

This lie validates the Impunity Observer’s anonymous sources who reported US embassy intimidation in favor of Porras. Unable to intimidate Guatemala’s three branches of government, the embassy turned to USAC to appoint Porras, despite her lacking the legal requirements.

The Biden regime has the same subversive judicial philosophy as USAC and is actively involved in, if not directing, the subversion of Guatemala’s democratic republic.