So-Called Insurrection Is Cover for Political Persecution
Skip to content 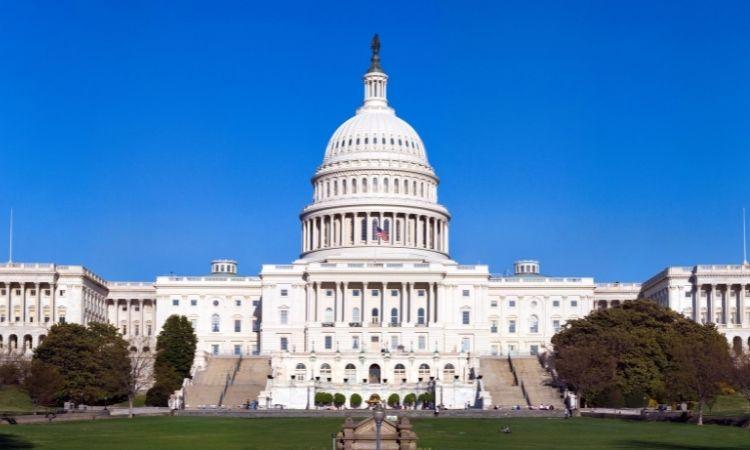 The January 6 event could not have been an insurrection. They wanted to restore electoral integrity and transparency. (Pxhere)

The deceitful portrayal of the January 6 protest as an insurrection is a tactic to divide the nation and impose a dictatorship. With big-tech censorship and regime-media manipulation, the false narrative has garnered momentum and is paving the way for further erosion of the electoral and judicial systems.

The January 6 event could not have been an insurrection. It had zero chance of overthrowing the government, which was not even the intent of the protest. They wanted to restore electoral integrity and transparency. Those who assert otherwise are boldfaced liars or blind followers of the liars.

In his 1971 work, Rules for Radicals, Saul Alinsky wrote, “All issues must be polarized … One acts decisively only in the conviction that all the angels are on one side and all the devils on the other.” By making opponents devils, followers of radical manipulators need not even consider an issue’s merits. They follow party dogma to avoid empowering the evil ones.

Information control is essential to convince a large proportion of the public that a lie is true. Legacy and social media partner with Democrats by lying to and hiding the truth from their audiences. A scan regarding any issue important to Democrats reveals complete lockstep representation in legacy outlets and on social-media platforms. Without media partners, the Biden regime could not have achieved power; the truth stands in the way of the Biden agenda.

Since 2016, Democrats and their media partners have falsely demonized Trump and his supporters as white supremacists, xenophobes, and any epithet they can pile on. Barack Obama abused power to spy on Trump’s campaign and later undermine his administration. Obama remains above the law for these crimes because federal bureaucrats are also Democrat partners.

Legacy and social media, Democrats, and federal bureaucrats (the cabal) together created false narratives about Trump-Russia collusion, a call to Ukraine, Hunter Biden’s computer, and finally, the January 6 events. Using typical Marxist self-projection onto the enemy, the cabal falsely portrays Trump supporters as cult followers. The purpose is to keep cabal followers angry, fearful, and ready to support any action, including crimes, against the enemy.

Some pundits say Democrats are hypocrites for condemning the January 6 event as an insurrection while viewing the violence between June and August of 2020 in many cities as peaceful. Totalitarians go beyond hypocrisy and double standards. They have only one standard: getting what they want by any means.

Most Trump supporters agree lawbreakers, including some from January 6, deserve punishment. However, holding nonviolent defendants in solitary confinement, denying their rights, including delaying their trials, is not due process. It is political persecution. The same applies to the FBI surveilling parents because they want a role in their children’s education.

Attorney General Merrick Garland described a massive effort by his department to “identify, investigate, and apprehend” the perpetrators of January 6. Despite claiming his goal is to hold all “perpetrators, at any level, accountable,” Garland does not respond to congressional queries regarding why people recorded on camera inciting others to enter the Capitol have not been identified and pursued.

Garland called the events “an assault on our democracy.” This political statement belies his attempt to portray himself as strictly enforcing the law. On the contrary, he is carrying out a witch-hunt against political opponents.

The Democrats’ signature theme is identity politics: the collectivist denial of individual rights. It dovetails with the politicization of justice, another pillar of the Democrat agenda.

I have watched it unfold in Guatemala, where I have lived for five decades. As vice president, Biden co-opted Guatemala’s criminal-justice system and installed his henchmen in key positions of the country’s judiciary and Prosecutor General Office. The henchmen jailed political opponents without evidence and regard for law. Some victims spent as much as six years in preventive detention. Others died from mistreatment.

Garland embodies this philosophy. We still have the semblance of rule of law, but he and his bosses would like to execute Third-World political persecution. We will lose any rule of law if we do not stop Biden’s managers and their partners.

The (Not) for the People Act must not pass. Democrats support it because they cannot win free elections. If America-first Republicans succeed over RINOs, such as Democrat facilitator Liz Cheney, and limit electoral fraud, Americans will have a chance to recover in 2022 and 2024.

If the cabal fails to retain power, the truth about January 6 will emerge. Once enough Americans understand the fraud the cabal has perpetrated, the rest of the manipulation will become obvious.

Awareness of the scheme is critical to support two necessary Marxist-killing reforms: decentralized education and a downsized, accountable federal bureaucracy. Marxists will return if we fail to address how they got to where they are now and clean house.