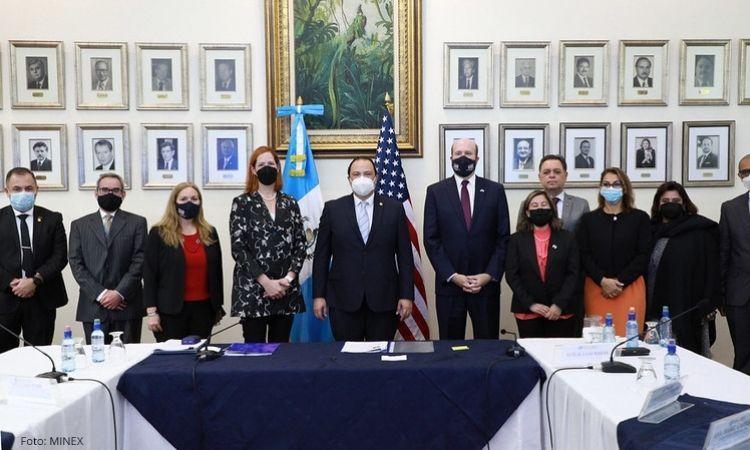 The State Department is desperate to regain control of prosecution and hide its crimes.(@USEmbassyGuate)

The State Department (DOS) is running a criminal enterprise in Guatemala with the goal of imposing socialism. Part of this enterprise has included control of the nation’s prosecution from 2010 to 2018. DOS is now desperate to regain control of prosecution and hide its crimes, which have increased northward human- and narco-trafficking.

In 2018, Consuelo Porras became prosecutor general (PG) as one of six DOS-approved finalists. To DOS’s chagrin, embassy intimidation came to naught. Porras has applied the law correctly regardless of her personal beliefs.

Porras’s term ends on May 14. Since she is prosecuting DOS-sponsored crimes, DOS is determined to keep her from reappointment.

Recently, Porras’s PG office filed charges against Eva Sosa—a former prosecutor from the special branch against impunity—for granting an illegal release to the infamous Odebrecht. The PG office also filed charges against her lawyer, Leyli Santizo—formerly with the UN anti-impunity commission (CICIG)—for attempting to manipulate the court system. The CICIG was DOS’s battering ram to impose its agents on the justice system. The special branch was at the CICIG’s service and continued as a DOS weapon after the CICIG left Guatemala in 2019.

DOS is acutely concerned and has piled on the pressure for Porras to pull back. Assistant Secretary of State for Western Hemisphere Affairs Brian Nichols says Porras’s “actions against current and former anti-corruption prosecutors continue a pattern of intimidation and revenge against individuals responsible for fighting impunity.” USAID administrator Samantha Power has accused Porras of intimidating and persecuting “judges and prosecutors standing up for the rule of law.” Todd Robinson, assistant secretary of state for counternarcotics, says Porras’s actions are “unacceptable. The rule of law must be upheld.”

Santizo petitioned Judge Erika Aifán—another DOS agent—to merge others before her with the case against Sosa. Aifán ordered the other judge to send her the Sosa case, but the judge deflected the request. The order is illegal because the PG did not petition the Supreme Court, as the law specifies.

Porras offered to explain the facts to US officials Nichols and Power. DOS responded in a statement accusing Porras of “persistent abuse of current and former independent prosecutors.”

The Guatemalan Constitution guarantees individual rights according to established legal procedures. Aifán has violated them, and Porras is doing her job in charging her and Santizo. Santizo defenders say she was simply representing her client Sosa. The facts indicate Santizo and Aifán conspired to illegally move Sosa’s case so that Aifán could dismiss it.

Aifán, protected and honored by DOS, has a long record of criminal rulings. She has illegally kept DOS political opponents in jail for years. Recently, a witness recanted his sworn testimony against President Alejandro Giammattei, whom DOS wants out of office. He said Aifán and former special branch lead prosecutor Juan Francisco Sandoval, also honored by DOS, had coerced the false testimony in Sandoval’s office.

Aifán’s presence in the prosecutor’s office is a crime. The witness said Sandoval and Aifán gave him a sheet of paper and coerced him to state it as his testimony. The false statement was the only evidence in the case.

Around the same time, US Ambassador William Popp illegally gathered Aifán and other embassy judges at his residence, where they elected Aifán as president of the so-called integrity judges. DOS openly supports Aifán’s blatantly illegal actions to hide DOS criminality and regain control of the PG office.

The Sosa case also involves Sandoval. They both went to Odebrecht’s office in Brazil and illegally released them from a $384 million claim by Guatemala. To avoid exposing Sandoval for this and many other crimes, DOS wants to illegally remove the Sosa case from the court that has it. Aifán acts criminally, and DOS protects her by defaming Porras.

The same day Porras fired Sandoval in July, he fled to the United States. Porras publicly explained some of his crimes, and DOS viciously attacked her. DOS put her on the so-called Engel list of corrupt actors, which includes revoking her US visa.

Porras twice offered through diplomatic channels to explain her reasons for firing Sandoval. DOS has ignored the offer.

If DOS accepts Porras’s offer, they will have indisputable evidence of Sandoval’s criminality. DOS would either expose itself as an accomplice by remaining quiet or condemn Sandoval, claiming ignorance of his crimes. The latter would destroy the criminal DOS infrastructure it has used to impose socialism on Guatemala. DOS’s other agents would flee to Biden’s America or seek plea deals in exchange for exposing DOS criminality.

DOS still has judges and prosecutors active in Guatemala. They obstruct justice and undermine Porras. To continue this criminal enterprise, DOS must deny Porras another term and replace her with one of their agents.

In the past, DOS used the CICIG and special branch to intimidate anyone in the way of its criminal agenda. After losing them, DOS has openly taken the lead. The so-called Engel list serves as a weapon to intimidate members of the nominating commission for PG. Commission members and judges risk embassy reprisals for adhering to the law.

This pervasive criminality against an important ally deserves exposure and punishment.