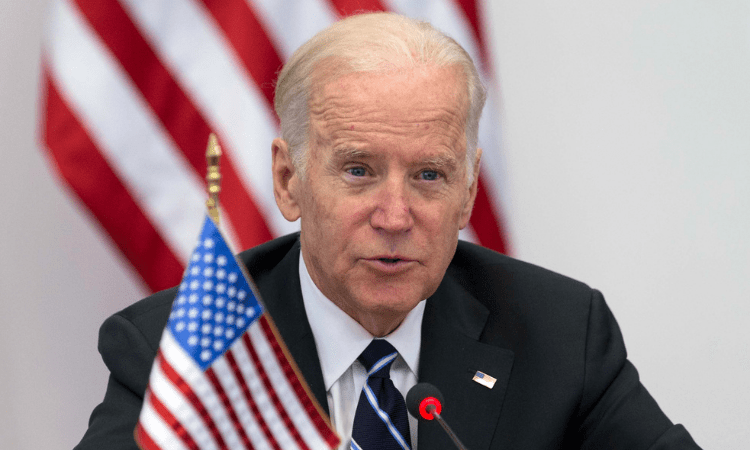 Joe Biden mentioned to the Business Roundtable a new world order, of which his regime is a driver. (Flickr)

This month, Joe Biden mentioned to the Business Roundtable a new world order, of which his regime is a driver. His oligarchs partnered with communists and the federal bureaucracy to get him into the White House. Together, they are pursuing the China model of centralized, undemocratic control. This is anathema to US founding principles and must be stopped.

At its conception, communism’s key tenets were state ownership of the means of production and the abolition of private property. After the Soviet Union imploded, communists realized government could control production and property through regulation while permitting private property in name only. Oligarchs could then join Marxist collectivism and participate in kleptocracy.

Our largest corporations now work with the Marxists who control the Democratic Party. They both have contempt for rule by the people and individualism, the foundations of the liberty we have enjoyed.

China is key to understanding this new threat to liberty. Recognizing their system would follow the Soviet Union into implosion, the Chinese Communist Party (CCP) created a hybrid: private property in economic affairs under an authoritarian government. The emboldened regime, now leaning on economic growth, is our liberty’s greatest foe.

Leaders of both major parties said China’s integration into the world economy would lead to liberalization. The CCP had other plans. China’s integration permitted the CCP to acquire sufficient wealth and power to challenge US international leadership while keeping the party in power.

US oligarchs have been willing partners with the CCP. The CCP shares with foreign corporations the excess profits from its vast and impoverished work force that has no rights. To preserve this windfall, US companies have successfully lobbied both parties for the CCP agenda.

The CCP-oriented policy exports US jobs. Regulations supported by both parties favor large businesses at the expense of small businesses. Former President Donald Trump’s America-first policies reversed this, resulting in widespread economic growth that helped all sectors of society. Oligarchs and their media teamed up with Democrats and their federal partners to rule at the expense of everyone else.

Individual liberty and rule of law nurture creativity, the engine of human progress, more than any other system. The CCP system is far behind in this area. China, therefore, baits foreign companies into sharing technology it cannot create. The CCP has also created an espionage infrastructure to steal technology and information. The Biden regime has done little to stop this.

For US oligarchs, the Chinese system is easier to deal with. There are no labor unions, congressional committees, NGOs, independent media, etc. to overcome. The CCP holds all authority, and the profits are large.

Trump split the Republican Party into America-first and establishment factions. Democrats and their media partners demonize America-first Republicans as cultish, bigoted extremists. Their sin is believing in individualism and rule by the people within our constitutional system.

Democrats, oligarchs and their media, government bureaucrats, and the CCP all fear an America-first government. They have failed so far to change voting laws to assure Democrats and their allies can steal elections. They have also been unable to pack the Supreme Court with political justices who would shred the Constitution and centralize power in the party, CCP style.

The CCP cannot dominate the United States if we understand the threat and keep our economy and military strong. Low corporate taxes, minimal regulations, and reciprocal trade deals—the Trump policy—from the United States will eventually reveal China’s deficiencies, causing the CCP to lose power. The CCP is desperate to surpass us before this happens.

US oligarchs understand this and do not want to lose their commanding heights. They betray us with China for money and back the Biden regime. Americans can retake Congress and the presidency, but without understanding how we reached our current unacceptable and dangerous conditions, those who brought us to this state will return.

To expunge the Marxist culture that has been growing inside us for more than a century, we must retake education at the grass roots. This has begun and must continue. We must return to sanity in which men are men, women are women, and common sense is more common.

The Marxist culture could not have come to dominate our public and private institutions without the collaboration from oligarchs. Even together, they needed the treachery of an unaccountable federal bureaucracy to undermine the America-first policy.

Both parties have grown the federal bureaucracy and insulated it from responsibility. If we reduce it, we will stimulate the economy by eliminating many obstacles to growth. The entrenched bureaucracy resists this and has become a partner with Democrats and oligarchs.

The collaboration of oligarchs and their media, Democrats, RINO Republicans, and federal bureaucrats has brought us the disastrous, liberty-threatening Biden regime. If we fail to rein in the federal bureaucracy and raise the cost of betraying us to China, even an America-first government will not stop a return to our current predicament.