Biden's Lawlessness Is the Real Threat to Democracy
Skip to content 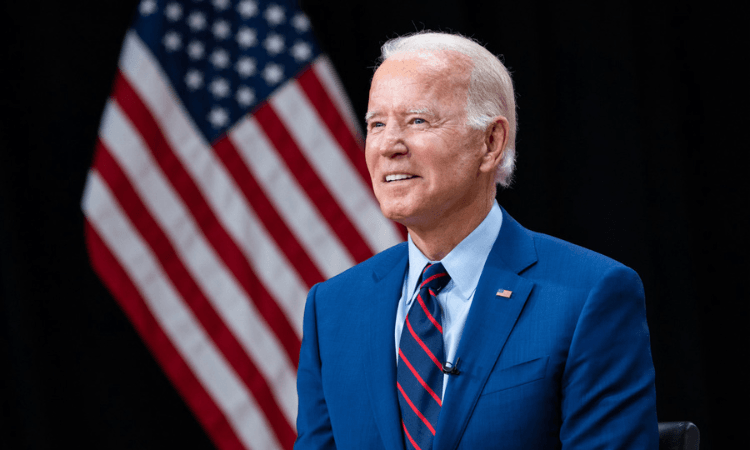 Unable to hide inflation, crime on the street, and its own crimes, the Biden regime is resorting to time-tested polarization. (Wikimedia)

Joe Biden’s crass demonization of MAGA supporters as threatening democracy is old and transparent. With the statement in Philadelphia on Thursday, Biden’s managers want to keep their followers angry, agitated, and fearful of the enemy. This distracts them from the disastrous results of their policies to awaken and preserve our liberty.

Whatever the regime does, including committing crimes, is necessary and acceptable to their followers to keep the evil ones from power.

Although the public will hold those in power responsible for inflation, the Biden regime is scapegoating Vladimir Putin and COVID-19. Perhaps that is debatable, but the regime’s flooding of the country with illegal immigrants is not.

US Customs and Border Protection (CBP) Chief Raul Ortiz was deposed in Florida Attorney General Ashley Moody’s lawsuit against the Department of Homeland Security. Moody stated: “Florida got the chief of Border Patrol to admit, under oath, the truth. The Biden administration caused the surge, made the border less safe, and is flagrantly violating the very federal laws they swore to uphold.”

Since Biden arrived at the White House, CBP has reported a 250 percent increase in immigrant encounters. Total encounters were 3,385,000 through July 2022. The New York Post reports about 55,000 undetected border crossings monthly, putting Biden’s total in 18 months at 4.4 million illegal immigrants.

The Biden regime invited these immigrants by returning asylum processing to inside the country, reversing Donald’s Trump’s policy of processing outside the country. During his tenure, Republicans pressed for a legislative fix to the impossibility of quickly processing the voluminous asylum claims. Democrats would have none of it.

By law, the government has to release within 20 days immigrants who claim asylum. This effectively gives them legal status for several years pending hearings. Few appear because they know they have no legitimate asylum claim.

By law, an asylum applicant must demonstrate past, or a credible fear of, persecution based on race, religion, nationality, membership in a social group, or political opinion. When Trump became president, most illegal immigrants were from El Salvador, Guatemala, and Honduras. Neither those countries nor Mexico persecute people within the legal definition to qualify for asylum. The migrants seek work and better pay.

Illegal immigration decreased dramatically when applicants had to apply from outside the country. The economic migrants knew their asylum applications would be rejected.

Upon taking power, Biden immediately canceled Trump’s agreements. US authorities were overwhelmed by the predictable flood of what Biden falsely described as asylum seekers.

Videos have shown federal authorities override state authorities by opening gates to let in illegal immigrants. The Biden regime has flown them to many parts of the country.

This Biden regime policy threatens democracy. Absorbing everyone who would like to come is overwhelming the country and opening the door for criminals and terrorists. Widespread noncitizen voting would negate democracy.

Further confirming Biden’s perfidy is the regime’s claim its immigration policy is compassionate. Women are raped, children are abused, immigrants risk death, and some become indentured servants to gain entry into the United States.

Handing out visas would be more compassionate: migrants would save money and avoid risking harm and death. However, the regime sacrifices migrants to disguise its planned chaos. In Orwellian fashion, Karine Jean-Pierre stated, “We are fixing a broken [immigration] system that was actually left by the last administration.”

Justifying the Means with the Ends

Seeking normality, the population is prepared for a heavy-handed, unchecked centralized government. This is the road to dictatorship.

Biden’s managers hope the population remain unaware they are victims of a totalitarian strategy. It is on display for all to see.

The Biden regime and its supporters attempt to silence their opposition. MAGA supporters know they cannot be free unless all individuals are free.

Americans have the benefit of more than two centuries of a democratic structure and principles to mount a counterattack against Biden’s totalitarian onslaught. Now is the time to exercise our rights, before they are lost.