House Republicans Must Resist Tyranny, Not Each Other
Skip to content 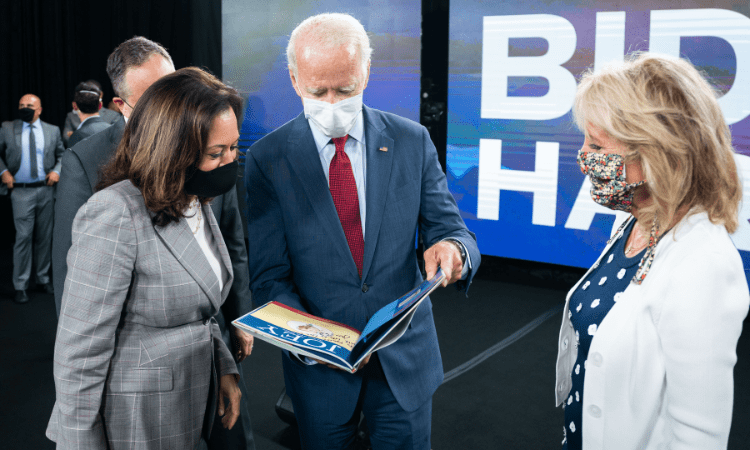 Liberty is under assault. House Republicans must recognize the totalitarian threat of the Biden regime, put their differences aside, and work as a team. With such a slim majority, the Republicans should focus on oversight hearings and investigations into the Biden regime’s criminal and anticonstitutional actions.

The Biden regime has politicized justice: persecuting enemies and protecting friends. The regime and its oligarch partners, including their media, have colluded to violate the freedom of speech guaranteed by the First Amendment. This includes causing avoidable death and suffering by spreading deception and censoring information about COVID-19 and pivotal political activities.

The Biden campaign colluded with its oligarch and federal bureaucrat partners during the 2020 election to remove Donald Trump from the presidency. They promoted false information and suppressed truth, and they have continued this in power.

A representative republic cannot survive politicized justice and what is de facto state media. The Biden regime and elected Democrats have shown their contempt for the Constitution and the law. The Democrats’ only standard is what gives them more power and weakens their enemies.

The Biden regime has weakened US allies and empowered enemies around the world. The regime has promoted Marxism in friendly countries and purposely flooded the United States with illegal aliens.

The only constant in Biden policies is harm to the United States, often hidden from the public by regime media. Congress must investigate and expose the regime’s many harmful activities.

By arguing among themselves, Republicans are aiding regime perfidy. This must stop. We can argue among ourselves after reestablishing the very liberty the Biden regime is destroying.

About 20 representatives oppose Representative Kevin McCarthy (R-CA) for House speaker. They say McCarthy has not sufficiently opposed the Biden regime, did not effectively manage the 2022 campaign, has not wanted to reverse concentrated power in the House speaker, and will block their favored bills.

The opponents have legitimate concerns about rules and legislation. They must know, though, that none of their legislation would become law even if every Republican supported it. The best that can occur during the next two years is for the public to become aware of Biden-regime nefariousness.

Representative Jim Jordan (R-OH) said this week: “We have to do the oversight and investigations that need to be done.… Bureaucrats who never put their name on the ballot but think they run the country, who assaulted our constituents’ First Amendment liberties—they need to be held accountable.”

“That has to happen … We need to do it in a way that’s consistent with the Constitution, but we need to do it vigorously and aggressively. That is part of our duty as members of this body.”

This is significant coming from the next chairman of the Judiciary Committee. He refers not only to his committee’s area but to the entire bureaucracy, which is laudable. If we fail to make the bureaucracy accountable to Congress and the executive branch, we will become a lawless, totalitarian state.

Jordan—a solid, principled conservative—has been an active and vocal warrior for liberty. He is also a member of the Freedom Caucus, which includes many opponents of McCarthy for speaker.

All representatives and the general public need to realize we are in a dire situation. The Democrat Party has been taken over by totalitarians, leaving no place for traditional Democrats. The totalitarians have allied with oligarchs and federal bureaucrats. Although the three groups have different agendas, each opposes and threatens our liberty.

McCarthy’s opponents want him to withdraw, and there are others who could effectively do the job. However, McCarthy has more than 90 percent support in his caucus. To have less than 10 percent deprive the majority of their preferred candidate is unreasonable.

The Biden regime will demonize the conservative minority as extremists and will further isolate and discredit their agenda. If the Republican minority and majority factions make a deal now, both sides and the United States will win.

For example, there will be no consideration of a consumption tax (the Fair Tax) in the Democrat-controlled Senate. Despite its attractiveness in promoting economic growth, there is insufficient support for it even now among Republicans. There is no need to make this an issue now. All efforts must focus on what has gone horribly wrong in our government.

By concentrating on aggressive oversight and investigations about criminality and anti-constitutional actions, public support for fundamental change will increase. This should positively affect the 2024 elections and beyond.

The United States needs Republicans to put aside their personal agendas and come together in defense of liberty, which Democrats and their partners are fighting to end.