Correcting the Media Narrative on Illegal Immigration
Skip to content 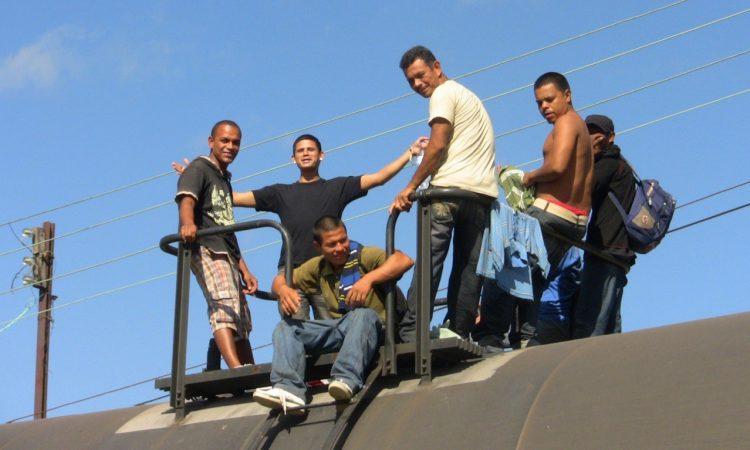 Migrants ride the "Beast" or "Train of Death" through Mexico on their way to the United States — seen here in Tenosique, near the border with Guatemala. (Marilyn Alvarado Leyva)

A recent report from the Hill newspaper would have readers believe that President Donald Trump’s temporary refugee ban is going to backfire. The article predicts a “new wave of illegal border crossings” and offers compelling statistics, but it ignores the underlying gateway that would permit such a wave in the first place.

This oversight, perhaps unintentional, leaves on the table an immediate change that within months could significantly reduce illegal immigration — and with no additional money down. The opportunity lies in Guatemala, the favored gateway for illegals to Mexico en route to the United States.

Homeland Security Secretary John Kelly is aware of the route and told CNN he “would do almost anything to deter the people from Central America from getting on this very, very dangerous network that brings people through Mexico to the United States.”

That is achievable, and the first step must be to examine the policies of President Barack Obama that went wrong, recognize the reasons for the hunger to flee, and strike the root. Specifically, Obama and his colleagues protected violent gangs that descend from Guatemala’s 36-year armed conflict. They managed this by imposing allies of the gangs in the three branches of government.

After the 1996 peace accords, the Guatemalan government abandoned the rural areas, and these gangs stepped in to fill the void. During the Obama tenure, the gangs were then able to multiply their activities and now dominate most of the country, aided by supporters in executive positions and the judiciary.

Enjoying impunity from law enforcement, the gangs throw their weight around and force residents into submission. That includes conscripting them to act illegally and derail development projects so critical for their economic dire straits. If the residents could freely express their will, they would back the projects as necessary infrastructure for better services and employment.

In fact, the Ministry of Defense receives hundreds of requests from the interior of the country to create military posts. Rural inhabitants seek protection from the conflict groups that threaten to cut off their water and electricity, deny their children access to schools, and even incarcerate and obligate them into forced labor if they don’t obey the groups’ dictates.

The American Chamber of Commerce recently underlined this problem with a public statement. They specified the dangers of dubious (actually illegal) recent high-court rulings that have suspended hydroelectric plants, which are set to jeopardize $4 billion of investment, 445,000 jobs, and annual tax revenues of $780 million.

Obama’s Ambassador to Guatemala is Todd Robinson —  still in his post — and he has continued a very public role inserting himself into local affairs. Media reports note that he pressured President Jimmy Morales to appoint Francisco Rivas as minister of interior, the department charged with enforcing the laws via authority over the national police. Rivas takes no action to protect the rural communities suppressed and ravaged by the conflict groups. Unfortunately, the problem is so deep that Rivas has support in his dereliction from the human-rights ombudsman, the Justice Ministry, and the judiciary.

Robinson has generated quite the reputation, since he insulted the Vatican’s ambassador and publicly threatened members of Congress with incarceration if they stood in the way of his purported fight against corruption. To make matters worse, Robinson has appeared in public, smiling, with the leader of Guatemala’s most aggressive conflict group, the Committee of United Campesinos (CUC) — created by the Guerrilla Army of the Poor, which is now disbanded pursuant to the peace accords.

The Alliance for Prosperity is the solution waiting to be utilized. Funded with $750 million US taxpayer money for the Northern Triangle — El Salvador, Honduras and Guatemala — it calls for security forces to bring law and order to rural areas. If the Trump administration were to insist on compliance and Guatemala were to heed the call, its rural inhabitants would be grateful and would become an asset for the United States. They would then cooperate with security forces to control the flow of foreigners through their territories to Mexico and ultimately the United States.

Since 2008, the UN high commissioner for refugees (UNHCR) has documented a nearly fivefold increase in Northern Triangle asylum-seekers coming to the United States, “a staggering indicator of the surging violence shaking the region.” In particular, the UN report noted homicide rates that dwarf the global average of 6.2 per 100,000 people, including 39.9 per 100,000 in Guatemala. Thus, US authorities have found 82 percent of the Northern Triangle women credible in their request for safe haven.

Secretary Kelly’s goal of stemming illegal immigration from Central America could, therefore, be realized immediately and without having to spend any more money than has already been allotted. Instead of working against the Guatemalan people, as a lever over the government in favor of radical collectivists , the Alliance for Prosperity has the potential to support job creation, expanded services in rural areas, and growth opportunities. Indeed, Guatemala could become a model for other Latin American countries, based on liberty and the rule of law — both stopping illegal immigration and reducing the need for people to flee.