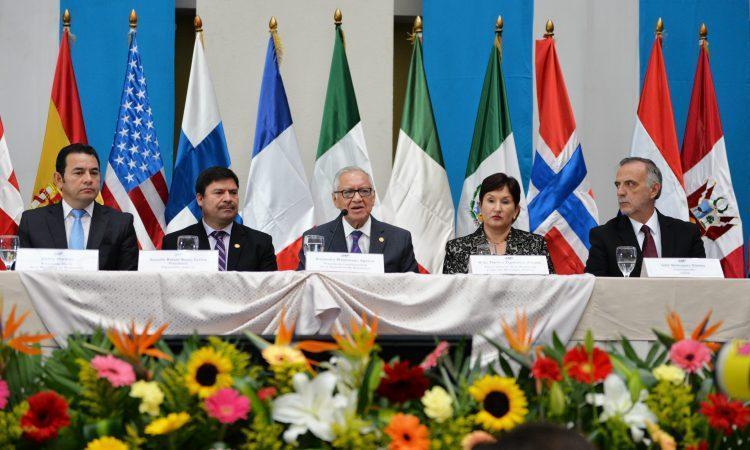 There is no better example of the United Nation’s lack of accountability and transparency harming democracy and freedom than the International Commission Against Impunity in Guatemala (CICIG). Created by a UN agreement with the Guatemalan government, the CICIG has turned its mission upside down. By design, it is an instrument for the collectivist agenda of the successors to the Fidel Castro-supported guerrillas from Guatemala’s armed conflict (1960-1996).

With the CICIG, the Obama administration placed guerrilla-descendant allies in key positions in three Guatemalan administrations. These guerrilla successors control much of rural Guatemala, especially the border areas. They destroy opportunity, increase violence, and facilitate illegal migration and drug trafficking through Guatemala’s 595-mile border with Mexico.

The CICIG, partially funded by US taxpayers, has had three commissioners since its inception in 2007. Their consistent support for the collectivist agenda, in violation of their mandate, makes clear the problem is institutional, not individual. George Soros’s Open Society has said the CICIG is “a potent potential model” for struggling countries.

In contrast, Trump told the General Assembly, “From the Soviet Union to Cuba to Venezuela, wherever true socialism or communism has been adopted, it has delivered anguish and devastation and failure.” We cannot stand by and watch, he said, dictator Nicolás Maduro steal power from the people’s elected representatives.

That is exactly what is happening in Guatemala, supported by Maduro allies. They work with Obama holdovers in the State Department, led by Under Secretary of State for Political Affairs Tom Shannon.

Velásquez’s local supporters leave no doubt as to who and what he is. Immediately after Morales’s expulsion order, the Committee of United Campesinos (CUC) called for street protests “in support of Iván Velásquez.” The Guerrilla Army of the Poor (EGP) created the CUC during Guatemala’s armed conflict, and although the EGP disbanded as a result of the 1996 peace accords, the CUC did not. They are the most aggressive, violent group protected by the Obama policy and the CICIG.

The Obama administration pressured the Guatemalan Congress to appoint a magistrate to the highest court who would execute the guerrilla successors’ agenda, regardless of law. Now on the court, she has used the threat of CICIG prosecution to procure a series of illegal rulings, including reversing the expulsion of Velásquez. The court is stealing power from Guatemala’s elected representatives: its president and its Congress.

Velásquez and his protected partner, Attorney General Thelma Aldana, filed criminal charges against Morales. The obviously legally flawed and politically motivated charges garnered only 25 votes in the Congress, of a possible 158, to remove Morales’s immunity and effectively remove him from office.

Velásquez’s collectivist cabal is desperate to remove Morales from the presidency. They’re afraid he’ll change policy once Trump looks at Guatemala and applies the principles he has shown toward Venezuela and those he spoke of at the United Nations.

The efforts to unseat Morales continue with a national strike on Wednesday, September 20. In addition, the collectivist cabal want a repeat vote in Congress the following day to remove his immunity. If Morales were succeeded by someone from the cabal, Trump and Guatemala would lose the opportunity to change policy for their countries’ mutual benefit.

Trump spoke of nations embracing “their sovereignty to promote security, prosperity, and peace.” The agreement creating the CICIG states it is “a non-UN organ.” As such, it reports to nobody and has no oversight. It has become a diametrically opposed perversion of its stated intention, usurping Guatemala’s sovereignty under the guise of the United Nations and the “international community.” That is why it would never have achieved passage in the General Assembly.

The Guatemalan people, especially its indigenous population, long for freedom and opportunity. They should not have to overcome pressure from outside to adopt socialism, what Trump described as a “failed ideology that has produced poverty and misery everywhere it has been tried.”

In Guatemala’s case, US interests and principles coincide. Applying his prescription elucidated at the General Assembly, Trump should recognize and remove the nefarious intervention by his State Department and the CICIG and insist Morales apply the law properly, especially in Guatemala’s rural areas.

A grateful population — enjoying increased opportunity and liberated from cruel, arbitrary socialist rule — would cooperate with security forces to reduce the flow of illegal migrants and drugs from and through Guatemala.