Guatemala's Last Defense against US Electoral Meddling
Skip to content 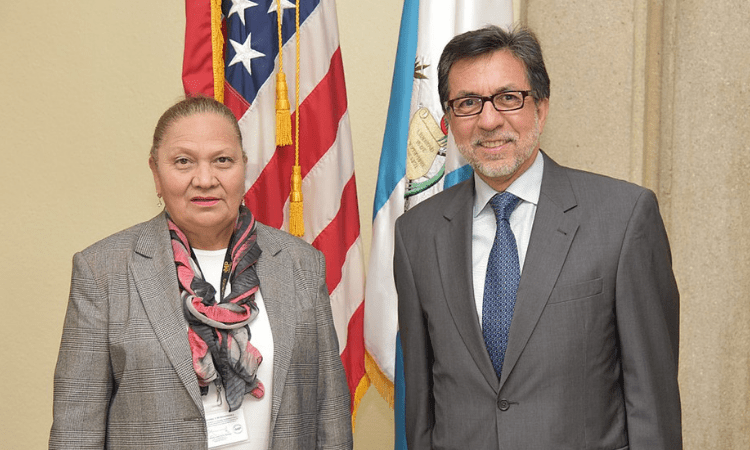 Guatemala’s June 16 general elections will determine whether the country can avoid becoming another Cuba, Venezuela, or Nicaragua or reverse its recent past and prosper. The United States, despite its huge stake in the outcome, has been on the wrong side of this battle.

The Obama administration damaged Guatemala by installing descendants of guerrillas from Guatemala’s Fidel Castro-supported internal armed conflict. Just as they put politics above the law at home, Obama and Biden corrupted the judicial branch and public prosecutor’s office so that the law has lost its meaning. Even removing the criminal heads of these institutions would leave a culture of lawlessness to root out.

The flawed 1996 peace accords led to the International Commission Against Impunity in Guatemala (CICIG), created by Guatemala and the United Nations in 2007. Under Barack Obama, the CICIG was the US embassy’s battering ram to subdue Guatemala for radical collectivists. Former Vice President Joe Biden traveled to Guatemala three times in 12 months and successfully imposed a CICIG extension on then-President Otto Pérez.

Indebted to Biden’s intervention and with the United States as its largest funder, the CICIG became a tool for the US ambassador to impose socialism on Guatemala. After the defeat in 2015 of Sandra Torres—former Ambassador Todd Robinson’s candidate for president—he began work to fix the 2019 election for her.

The CICIG, technically an advisor to the Justice Ministry, used its diplomatic immunity to take control of the ministry and the courts. Judicial Watch and Wall Street Journal reports published in 2018 established the CICIG as a criminal organization that had jailed political opponents without evidence and in violation of law. In 2016, Robinson assured CICIG control by intimidating institutions to appoint his allies to the Constitutional Court (CC)—Guatemala’s last word in judicial matters.

Robinson’s power extended into the Supreme Electoral Tribunal (TSE). In 2016, the electoral authority violated the law by rotating its presidency to accommodate the Obama-Biden agenda. The ideologically corrupt CC protects such illegal actions to favor a socialist agenda that violates the human rights of Guatemalans, particularly the poorest and most defenseless.

The CICIG and the TSE entered into an illegal agreement that gave the CICIG a role in the election. The TSE has continued to recognize CICIG authority, even after President Jimmy Morales legally expelled the CICIG.

The public prosecutor’s office (MP) created in 2008 what became the FECI (Special Branch Against Impunity), the US embassy’s and CICIG’s prosecutorial servant for its illegal, political activities. Juan Francisco Sandoval, head of the FECI, can defy his supposed boss, the attorney general, because he has support from US Ambassador Luis Arreaga. Attorney General Consuelo Porras also bows to Arreaga.

The permanent State Department bureaucracy must keep Sandoval protected and under their thumb. If he were to become a witness in Guatemala or in the United States in a judicial action, the Obama-Biden conspiracy could be exposed.

The MP, FECI, and TSE have repeatedly violated the law in pursuit of the embassy’s agenda. The key enabler in this anti-liberty conspiracy against Guatemala, the coopted CC, protects them with constant illegal rulings.

This nefarious conspiracy has made the current election the most chaotic and corrupt since the current Constitution took effect in 1985. Many candidates have not participated, and the TSE has illegally eliminated others.

With his de facto power to jail them through FECI and the judiciary, Arreaga has intimidated Guatemala’s wealthy elite into abstaining from political donations. No party, except Torres’s UNE, has sufficient money for the short three-month campaign. The UNE is not subject to the restrictive rules the TSE applies to other parties.

The key quality in any candidate for the Guatemalan presidency now is his ability to assert sovereignty and neutralize the State Department permanent bureaucracy. This has the potential to avoid the socialist abyss by working with the Trump administration. Guatemalans should ask each of the candidates if they have met with the US ambassador this year and discard anyone who has bowed at the altar of embassy abuse. Then voters should look closely at those candidates who have not sought approval from Arreaga.

All eligible Guatemalans need to vote on June 16, even if they have no preference. The greater the number, the less likely the State Department permanent bureaucracy’s interference will give Torres a majority in the first round. Hopefully, for the sake of Guatemalan development and for US interests, there will be a runoff in August won by a candidate who didn’t seek Arreaga’s approval.