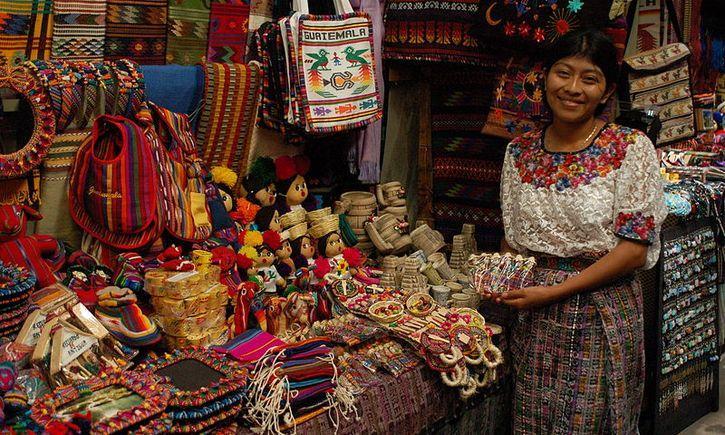 Despite their economic freedom, most Guatemalans live under the poverty line. (Wikimedia)

Every year, when the Economic Freedom of the World index comes out, readers are perplexed to find Guatemala, one of the poorest countries in Latin America, near the top of the list.

Although in a downward trend since its 2013 high, Guatemala ranks 34 out of 164 countries, squarely in the top quartile between South Korea and Sweden. It is the third most economically free country in Latin America according to the study, only behind Chile and Panama.

However, Guatemala is home to 17 million people, more than half of whom are below the poverty line. Its GDP per capita (PPP) is just $8,711—Chile’s and Panama’s are $27,059 and $28,810 respectively. What is lacking in Guatemala, and what has underpinned the other two countries’ economic success, is the rule of law.

Over the past years, Guatemala has improved significantly in three of the five criteria that make up the index: size of government, sound money, and international trade.

The burden of government on the economy, measured as taxes divided by total GDP, is 12.4 percent, the lowest in Latin America. More importantly, it has been in a downtrend for a few years now. However, if one calculates the burden of taxes on individual workers, it is clear there is still room for improvement. Tax simplification and regulatory easing could boost the economy and incentivize more domestic and foreign investments.

Guatemala has a moderate debt-to-GDP ratio of 24.7 percent, the second-lowest debt rate in Latin America. Unlike tax rates, though, the debt has been increasing in the past years. Guatemala remains a model of fiscal responsibility for most Latin-American nations, but should be cautious.

On monetary policy, Guatemala has carried out multiple reforms to protect the value of the national currency, the quetzal. From 1989 to 1999, the country updated several important financial regulations such as prohibiting the central bank from funding government spending through bond-buying. That abolished an inflation pitfall and incentivized fiscal responsibility. Another relevant measure was the deregulation of interest rates, making them more responsive to market forces.

In this sense, Guatemala is in a better position than major regional economies such as Brazil and Argentina, whose main sources of economic turmoils have been fiscal and monetary imbalances.

Although there is a reason to be optimistic, life is not a bed of roses in Guatemala. While government spending and debt might be relatively modest, a web of regulations still severely hinder entrepreneurship and investment.

One reason why 70 percent of Guatemalan workers remain in the underground economy is the red tape keeping them from getting better jobs or growing their businesses. The formal labor market is a compliance nightmare for small businesses —corruption is often a cheaper way out. Unsurprisingly, Guatemala’s regulation grade in the study decreased from 6.95 in 1980 to 6.50 in 2017 despite all the improvement in other areas.

Guatemala is also falling behind on the reliability of its legal system and the protection of property rights. While Chile and Panama scored 6.44 and 5.17 respectively on this category in the index, Guatemala attained just 4.33. Corruption was so entrenched that in 2006 the government signed a deal with the United Nations to install an anti-impunity commission, the CICIG.

Accepting the meddling of a foreign body turned out to be a fatal mistake. After 12 years, the CICIG left the country’s institutions in shambles. Thanks to their diplomatic immunity, CICIG staff engaged in all sorts of criminal behavior, ignored due process, and persecuted political opponents. The CICIG and the US embassy co-opted the judicial system and pursued a collectivist agenda inimical to investment and productive activity. Guatemalans still perceive courts and other government employees as corrupt. Transparency International’s most recent Global Corruption Barometer reveals that most Guatemalans don’t trust their authorities.

This all goes to show that the absence of government intervention in the economy is a baseline condition for prosperity, but that alone is not enough. Having stable, trustworthy institutions is key—which is exactly what is missing in Guatemala.

Guatemalans have made great strides in fiscal and monetary stability, achieving results comparable to those of advanced economies. Now the Central American nation needs to pursue reforms to weed out corruption from within, without foreign intervention. If it succeeds, it can make the promises of economic freedom finally bear fruit.

Maurício Bento contributed to this article.