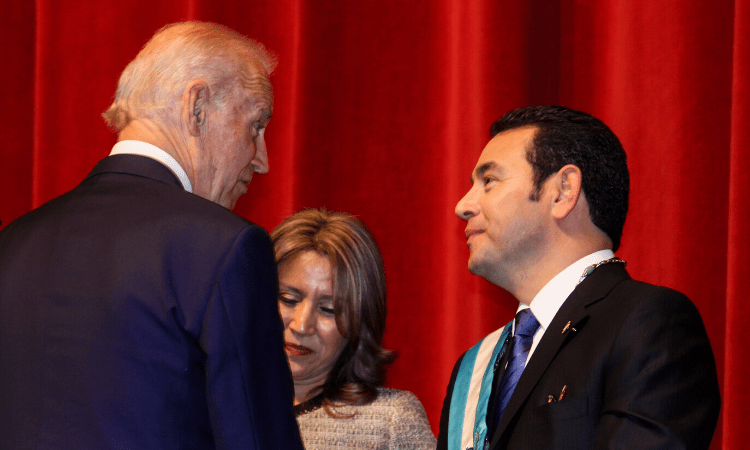 A human-rights lawyer recently got herself arrested, allegedly for firebombing a police vehicle by throwing a lit Molotov cocktail through its window. Despite images of her holding the bomb while a passenger in a van with explosive materials, she made bail—over vehement objections from prosecutors.

This did not happen in Guatemala, where I have lived for almost 50 years. Sadly, it happened on May 30 in New York City, where I was born and educated.

Salmah Rizvi provided bail for the alleged New York bomber, Urooj Rahman. Before joining a DC law firm, Rizvi was in the Obama administration. Her work made it into the president’s daily briefs. Only with a judiciary sympathetic to leftists can someone firebomb a police car and be released the next day.

In 1996, after Guatemala’s 36-year internal armed conflict, the Fidel Castro-supported guerillas morphed into human-rights groups to purportedly serve the indigenous population. Instead, the groups have generated chaos which has led to lawlessness. This allows for drugs and illegal migrants to flow into Mexico and then into the United States.

The Guerrilla Army of the Poor, for example, created the Committee of United Peasants (CUC). After the peace accords, the CUC continued on and has used lawlessness exacerbated by the Obama-Biden administration to terrorize local populations.

Last week, the US military delivered more than 30,000 pounds of confiscated cocaine and marijuana to the port of Fort Lauderdale. The ship’s captain said he confiscated the drugs en route to Central America and then the United States.

Guatemala is geopolitically important because of its 600-mile border with Mexico. As the only land route from Central and South America to Mexico and then the United States, Guatemala is the choke point for the flow of illegal drugs and migrants.

Then Vice President Joe Biden was the Obama administration’s point person on Central America. In three trips to Guatemala in 12 months, Biden demanded the continuation of a corrupt UN commission that protected the CUC and other socialist groups from criminal prosecution. The groups continue to force local residents to destroy property and commit other crimes. The violence impedes investment and economic opportunity.

Biden traveled to Guatemala in January 2016 for the inauguration of the new president and joked, “I spend so much time in matters relating to this area, my constituents are beginning to think that maybe I should run for office here.” It was not funny.

The president of the American Chamber of Commerce in Guatemala lamented in 2017, “We are in a period of radical ideological movements by social-conflict groups, with distortions and open opposition to any investment project, that do not show they legitimately or democratically represent the communities. This has led to vandalism, damages, disturbances, illegal seizure of private property, and loss of life that puts the safety of citizens and the development of the country at risk.”

Mirrored North of the Border

The same will happen in US cities with Antifa and Black Lives Matter (BLM) if Democrats and their media partners continue to discourage police action and, even worse, defund them. The victims will be the people these groups claim to protect.

On the death of Fidel Castro in 2016, BLM proclaimed, “There is an overwhelming sense of loss … we must … come to the defense of El Comandante … as we aspire to build a world rooted in a vision of freedom and the peace that only comes with justice.” This explains the demonstrators’ assertion of “no justice, no peace.” Their objective is Castro justice, and they will promote violence until they get it or suffer defeat.

Federal authorities, beginning with President Donald Trump, have expressed their disgust at what happened to George Floyd. They have already taken appropriate actions. The protests marred by violence and vandalism are not about Floyd. They are about power.

This comes from Obama’s hero Saul Alinsky. In his signature 1971 work, Rules for Radicals, Alinsky wrote, “All issues must be polarized … One acts decisively only in the conviction that all the angels are on one side and all the devils on the other … We exploited [racism] for our own purposes.”