The Fallacy of Biden as Return to Normal
Skip to content 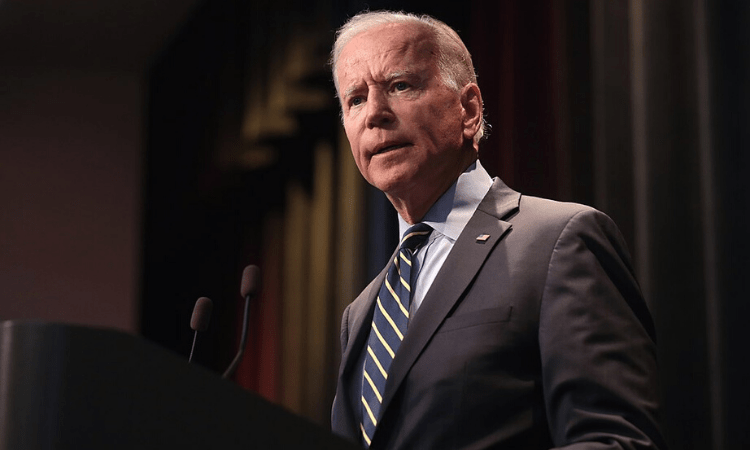 A Biden presidency, driven by identity politics, would foment chaos in US cities. (Gage Skidmore)

Joe Biden is selling himself to the American people as a return to normalcy. That is a fraud.

A Biden victory in November would lead to more violence on our streets and more illegal drugs and migrants flowing across our southern border.

Black Lives Matter (BLM) leaders are proudly and loudly continuing Castro’s revolution in the United States. As a necessary step in the revolution, they have committed to defeating President Donald Trump in November.

In the 1960s, Castro created the America Department to spread Marxism across the Western Hemisphere.

Even though Castro was a tyrant and mass murderer, US leftist elites continue to be fascinated with the man they affectionately call “El Comandante.”

Barack Obama and Biden were big fans and changed the policy of the previous 10 administrations to establish relations with Cuba. The influx of US money that resulted helped save the regime from a well-deserved collapse.

The Cuba reversal went hand in hand with a policy pivot for the whole region. Obama tasked Biden with the role of administration point man on Central America.

Guatemala, where I have lived nearly 50 years, is geopolitically a key country for the United States, the only land route into Mexico from Latin America. Biden’s policies subjected the poorest and most defenseless Guatemalans, especially in border areas, to cruel and arbitrary rule by the successors to Castro-supported guerrillas. Biden’s shadow facilitates illegal drugs and migrants to the United States.

As vice president, Biden traveled to Guatemala three times in 12 months and leveraged $1 billion in aid to extend a criminal UN anti-impunity commission. The US embassy used the commission to promote a socialist takeover of criminal prosecution and the judiciary. Now in power, socialist prosecutors and judges protect their allies regardless of crimes and persecute enemies without evidence and in violation of the law.

Similar to bragging about his work in Ukraine, Biden joked about how much time he spent in Guatemala: “I spend so much time [on] matters relating to this area, my constituents are beginning to think that maybe I should run for office here.”

CNN reported a group of 60 prominent African-American intellectuals and artists, including Princeton University Professor Cornel West, detested the treatment of people of African descent in Cuba. They signed a 2009 declaration: “We cannot sit idly by and allow for decent, peaceful, and dedicated civil-rights activists in Cuba, and the black population as a whole, to be treated with callous disregard.”

When Castro died in 2016, BLM leadership ignored Castro’s horrendous treatment of Afro-Cubans in his utopian society and proclaimed, “There is an overwhelming sense of loss … we must … come to the defense of El Comandante … as we aspire to build a world rooted in a vision of freedom and the peace that only comes with justice.”

The love letter to Castro’s ghost ended with, “As Fidel ascends to the realm of the ancestors, we summon his guidance, strength, and power as we recommit ourselves to the struggle for universal freedom. Fidel Vive!”

BLM, Democrats, and their media partners disguise BLM as a worthy effort to stave off police mistreatment of African Americans. It is, in fact, a radical political movement.  The vast majority of the people supporting the movement are unaware, but BLM leadership has been clear. “We are trained Marxists,” said BLM founder Patrisse Cullors in a 2015 video.

BLM and leftist allies have demanded consumers boycott companies that hold contrary opinions, and even companies and celebrities that remain silent. Silence alone does not satisfy them. Like totalitarians everywhere, they demand explicit acquiescence.

The Contrast Is Clear

Trump’s efforts have resulted in nearly 450,000 pounds of drugs being seized before reaching the United States, and he has reduced illegal immigration. Trump will not allow our cities to fall into the hands of communists. He will reignite the economy by reducing regulations, increasing competition, and making symmetrical trade deals.

A Biden presidency, driven by identity politics, would foment chaos in US cities. He would exacerbate drug trafficking and illegal migration from Latin America by re-embracing the socialists that were funded and trained by Castro.

In his lifetime, Castro dreamed of annihilating the United States. The most he could manage was to pull at Uncle Sam’s beard. Today, however, forces for US destruction are inside our own country, and their leaders fly Castro’s banner.

This is the choice in November: do we bow to the forces of destruction, or do we give those forces the treatment they deserve and deny Castro a victory from the grave?