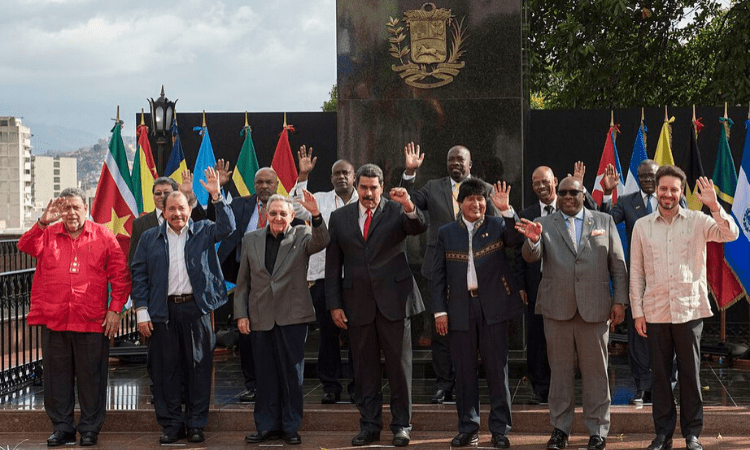 The Castro regime is the base for the communist occupation of Nicaragua and Venezuela. (EneasMx)

By Dr. Orlando Gutiérrez Boronat, Assembly of the Cuban Resistance

Based on remarks made at the anti-socialism roundtable with President Donald J. Trump and Cuban and Venezuelan leaders at the Iglesia Doral Jesus Worship Center in Doral, Florida, on July 10, 2020.


Memory is an essential tool for human learning. It is a core part of the functioning of the energy flow that we call the mind. It involves the use of most areas of the brain. Described as “the quintessential act of being human,” memory is a vital instrument in the awareness of our transcendence. Totalitarianism tries to control human beings through the subversion of memory that is based on ideology. Vital, organic remembrances of love are twisted through the control of mass media and state-run organizations to make humans automatically comply with the directives of tyrannical bureaucracy.

In order to understand what socialism really means, I find it best to access my own organic memory of life experiences. The learning derived from them should enlighten our own struggle for freedom.

I was sitting in a big, beautiful church in Havana, Cuba. It was almost empty. The priest held mass with only about five people present. Why? Many Cubans were afraid to worship. Communist mobs would often stand outside churches to insult and harass the faithful. Being Catholic meant that you could face discrimination at work or in education. As St. Augustine pointed out, religious freedom is the source of all other freedoms. Whether we believe or not, and how we choose to do so is the key to the control of our own soul. That is why communism always attacks religious freedom. That is why churches, religious imagery, and statutes are targeted by anarcho-communists even today.

It is for reasons such as these that free Cubans have been at the forefront of the struggle against communism in Cuba and around the world. Thousands of Cubans have perished or been imprisoned, to this day, for this struggle. Many promises have been made by political leaders to our electorally powerful community. Few have been kept. The most glaring being when our men and women of the Resistance were left waiting for promised supplies and support at the Bay of Pigs or in the cities or mountains of Cuba.

That is why we are thankful to President Trump for coming through on the promises he made to our community. Authorization for Titles III and IV of the “Cuban Libertad Act” and the strategic sanctions aimed at the Castro regime’s security and intelligence sectors have weakened that regime. Every time the Cuban people have real support, they rise for freedom. For this reason, in the last few months and weeks, we have seen protests against the regime in different cities in Cuba. Now is the time to strengthen TV and Radio Martí and Radio República.

Free Cubans have had to confront the lies about communism and Cuba that many in the media and Hollywood have spewed. People are naive about socialism. “Che” Guevara clearly stated that the aim of socialism and communism is the destruction of the individual, of individualism.

Individuality is precisely the engine of prosperity. Just compare how the Cuban economy has collapsed under communism to how Israel and Taiwan have flourished. This community also thanks you for your strong support for Israel and Taiwan.

That leads me to a second memory:

Walking into my house from grade school in Cuba and showing my mother a “color by numbers” drawing of “Che” Guevara that teachers had made me do. My mother crumpled the paper and threw it in the trash can. “They don’t even respect children!” she said. Understand that, back then, not even trash cans were safe in Cuba.

My third memory is how my father took me to see different points of Havana before we left. He knew that we would possibly never return, as he did not, and he wanted me to remember my country, my city. Havana was a beautiful city. Communism now has it in ruins. Between 1902 and 1959, Cubans took their country from the devastation and genocide of Spanish occupation to being a successful, growing economy, and one of the leading Latin American countries. A country that fed itself and exported food to the rest of the world, before communism, now depends on U.S. food donations in order to survive. Communism must destroy the history of a nation in order to deprive individuals of a sense of achievement and to justify the existence of the communist state as the purpose of history.

My fourth memory is that of February 24, 1996, when the Castro regime brutally massacred four young Cuban-Americans when they were flying over international waters trying to aid Cubans escaping from communism. We urge President Trump to indict Raúl Castro for this crime and to install an international tribunal, a Cuban Nuremberg, that will judge the Castro regime for its crimes against humanity.

Lastly, I am my paternal grandparents’ only grandson. My grandfather urged my father to take me out of Cuba because he wanted me to be raised as a free man, even though he would not see me again. It is for reasons such as these that we are so proud to be Americans and to be Cubans.

The Castro regime is the base for the communist occupation of Nicaragua and Venezuela. If Cubans are aided to free Cuba, the entire hemisphere, including the United States, will breathe easier.