Why Socialists Resort to Slash and Burn
Skip to content 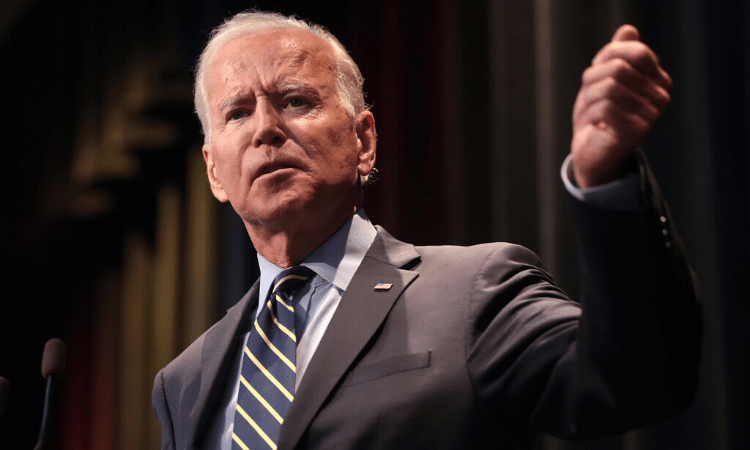 Fearing a second term for Donald Trump will set back for generations their national conquest, US socialists are resorting to desperate measures. Guatemalan socialists fear the same with a Trump victory.

Oriented towards individualism, US voters have never embraced socialism. The nation’s most socialist president, Barack Obama, enjoyed two weak electoral opponents. With a strong 2016 opponent in Trump, even Obama’s abuse of power could not fix the election for his socialist agenda.

In 2020, socialists have distorted COVID-19 and created riots for Black Lives Matter’s Fidel Castro-inspired platform, which includes defunding the police. This is all a desperate attempt to defeat Trump.

Guatemalans also have never embraced socialism. With the help of their army, Guatemala’s indigenous population militarily defeated the decades-long, Castro-backed insurgency. Since Marxists never quit, they signed peace accords in 1996 and—following the Sao Paulo Forum model—penetrated the government. They are attempting to seize power from within.

The Obama-Biden administration set the stage for revolution in the United States and a socialist regime in Guatemala. They began in 2010 by installing a guerrilla successor as prosecutor general. Defying US pressure, Guatemalan officials declined in 2014 to reappoint the openly criminal prosecutor. Realizing he had insufficient power to take the executive when his socialist candidate lost in 2015, former Vice President Joe Biden sought to co-opt the new prosecutor general and the judiciary.

The Biden team planned to steal the 2019 election for the same socialist who had lost in 2015: Sandra Torres. Former Ambassador Todd Robinson led the effort, and his successor Luis Arreaga continued it. Again, Guatemalans rejected socialism by defeating Torres.

The socialist cabal—their NGOs, the deep state, fake-news media, and Democrats—are trying to assure sufficient control of Guatemalan institutions to take executive power in the 2023 election. Fearing a Trump victory in November and that they might not be able to control William Popp, nominated in June to replace Arreaga, the cabal is taking illegal measures right now to steal the election.

Biden bludgeoned Guatemala’s president to extend a criminal UN commission (CICIG), which the embassy used to control the Constitutional Court (CC), the last word on judicial matters. The CC’s term ends in 2021, and the socialist cabal must retain control to steal the 2023 election.

Since former President Jimmy Morales did not extend the CICIG, the cabal must reconstitute it inside the government. They need control of the CC, Prosecutor General Office, the police, and the Supreme Court (SC). The cabal had the first two, and then Arreaga abused his power to add operatives to the police. The Supreme Court, however, proved more difficult. Cabal efforts have become prominent news, even reaching the US Congress.

The SC and appeals-court magistrates’ terms expired on October 12, 2019. The CC illegally stopped the selection process for the 2019–2024 term. They wanted to wait for a more socialist Congress from Arreaga’s electoral fraud, for a better chance to stack the courts with comrades.

Twice this year, the CC has delayed the magistrate selection process. They issued illegal orders to promote socialist comrades and eliminate others. They illegally attempted to stop Congress from processing a proper complaint against obvious CC violations of law. Three of them ruled in the case against themselves, despite an obligation to recuse themselves in such circumstances. This led Congress to file a complaint against them with the prosecutor general.

The Magistrates Association filed a criminal complaint against one of Arreaga’s favorite socialist judges, Erika Aifán. She had issued an illegal ruling to help eliminate candidates for magistrate the cabal opposed. Arreaga arranged a meeting with fellow socialist ambassadors and, violating diplomatic law, publicized their support for Aifán despite her obvious criminal behavior in this and other cases.

Amazingly, the two leaders of the US House of Representative Foreign Affairs Subcommittee on the Western Hemisphere issued a threat to the Guatemalan Congress. US representatives said there could be sanctions against legislators if they continue to delay the magistrate appointment process and take legal actions against the CC.

The socialist cabal portray the representatives’ intervention as an official US position to pressure the Guatemalan Congress. Guatemalans are largely unaware two members of a House subcommittee do not speak for the government and that only the executive branch can levy sanctions.

Trump and Secretary of State Mike Pompeo would not sanction members of Guatemala’s legislature for acting according to the country’s constitution and laws. An examination of public evidence reveals the Congress did just that and the CC publicly and corruptly delayed the appointment process.

Guatemalans continue to resist the socialist assault managed by their NGOs, Democrats, the deep state, and fake-news media. The latter fail to report what does not fit their agenda and promote propaganda that does. US voters are now key to defeating socialists.