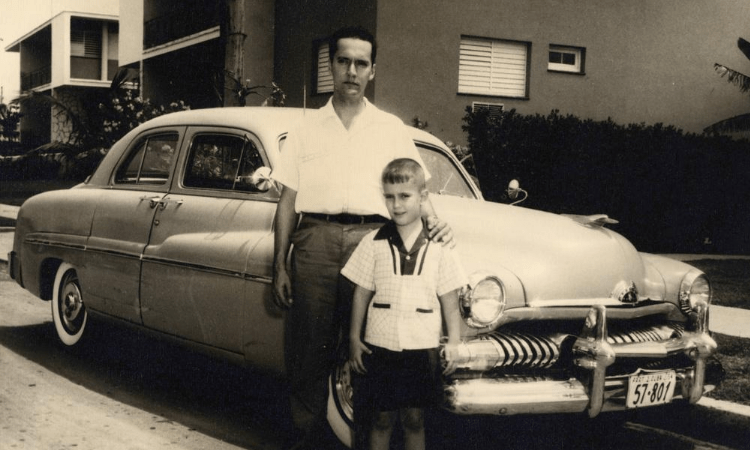 In the summer of 1959 all but one of the Rivero family left Havana for foreign parts.

Adolfo was the first to go. Having served as the Communist Party’s youth leader for the Havana district, he was now being sent to Budapest as Cuba’s representative to the World Federation of Democratic Youth.

Adolfo’s assignment came at a moment of extraordinary tension. Emi’s statements to his fellow lawyer Efrén, which he had spoken as a ruse, also carried a measure of truth: Fidel was said to be preparing a major blow against the Communists. Party leaders put stock in the rumors; Adolfo had the impression that the Party was sending him abroad to protect him.

Not long afterward Emi took his parents to the Rancho Boyeros Airport for a very different kind of departure. Los viejos were dressed in their finest for a voyage that combined glamour and desperation. They were running from a new order that had all but expelled them; their destination was Washington DC, where an old friend was waiting for them. Esther Guzmán or “Tatica” was an attorney and long-time resident of the US capital. A few years earlier, Tatica had watched over Adolfo during his one-year stay at Georgetown. Who could have guessed that she would be receiving Adolfo’s parents a few years hence?

Emi remained in Havana with his family, which now included a new son and daughter: two-going-on-three-year-old Rubén and one-going-on-eleven-year-old “Ermi” – her own rendering of ‘Irma’ which her father, with his love of nicknames, quickly adopted.

Emi had joined the ranks of happy, humdrum men who are invisible to the chronicle of turmoil known as history. And it was easy to believe him when he said that for the sake of his family he would rather have stayed away from history’s spotlight. But with his character and in the temper of the time, staying away was not really a choice.

In October 1959 an ominous sequence began to unfold when comandante Huber Matos, the liberator of Santiago and one of the Rebel Army’s most popular officers, resigned his post as military chief of Camagüey province. Matos published an open letter to Fidel expressing sadness at the prevalence of communists in official positions. He said he must in conscience remove himself while pledging personal support to the revolution’s leader.

Matos might have been stating his views with an extra gentleness because he wanted to keep alive politically. But his demure tone did not keep Fidel from acting quickly and forcefully. The leader ordered comandante Camilo Cienfuegos to travel to Camagüey and place Matos under arrest. When Camilo arrived, Matos warned his younger comrade to take care for his own life. Matos then gave himself up and went to Havana in custody.

A little more than a week later, the plane returning Camilo from Camagüey to Havana was lost at sea. A massive search for the plane was said to yield nothing.

Meanwhile, the man in charge of the Camagüey control tower was an apparent suicide; while at the Columbia army barracks in Havana Captain Cristino Naranjo, a favorite officer of Camilo’s who had openly questioned the official version of the disappearance, was machine-gunned to death in a supposed accident.

Those three deaths have never been solved. But Emi and others who had fought against Batista were not in doubt. Camilo was the most popular and beloved of the revolution’s comandantes. Fidel’s displeasure at the prolonged ovations given to Camilo at mass rallies was plainly visible to TV viewers. And now Camilo was conveniently gone, along with two possible witnesses. The best explanation seemed to be the obvious one.