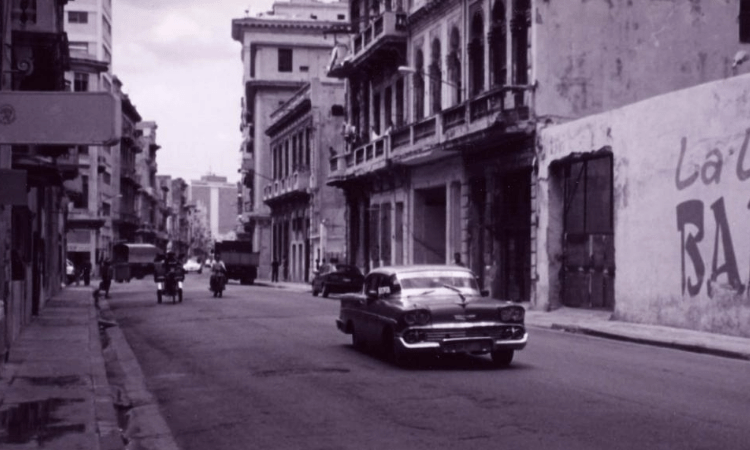 Washington DC, early 1961. With his return to Cuba decided, Brand still had to settle with J.B. about a weapons drop. They reached a compromise: Brand would parachute into the Escambray and weapons would be dropped with him. A later drop would go to the force in Pinar del Río.

To Brand it seemed the best deal he could get, and it satisfied him.

His next move was to Guatemala, where Cuban troops under CIA guidance were prepping for the invasion. From the base at Retalhuleo a plane would carry Brand, two cohorts and their stash of weapons to a drop-point in the Escambray.

Brand chose his men and worked out final details. His American case officer told him: “You will be the last man to go out of the plane.”

“No!” Brand replied. “Those men must see that I am the one leading them into action, so I will jump first.”

“All right,” the case officer said, “but they will go out of the plane in any case.”

Not long before takeoff the case officer told him: “If you are caught and forced to talk, we must agree on a code.”

“Hey! If I am captured I am not going to talk,” Brand corrected, and the case officer had to eat that one.

Two a.m., March 3, 1961. I jumped into the night and immediately felt the jerk of the parachute opening. I looked for the plane and saw it clearly as it raced across the heavens. “They didn’t jump,” I thought. Just then two men dropped from the plane and right after them the container of weapons and ammunition. I looked down to find the ground rushing up at me.

The hip-deep paraná grass in which I landed cushioned the shock like a mattress. When the breeze caught my canopy and began to drag me across the field, I pulled the right riser with both hands and collapsed the canopy. Within a minute I had removed my helmet, folded my parachute into a bundle and was ready to rejoin my comrades.

We shook hands heartily. No one had been hurt – although Mendoza, the tallest of us, had pulled on his risers so vigorously that he drove an elbow into his ribs and knocked the wind out of himself. Jorge, the youngest of us, had made a perfect jump. Both were excited and in high spirits.

I told them not to move from that spot while I searched for the reception team. With my .45 in hand I pushed through the grass in what I hoped was the direction of the fire. By design it had burned for only a pair of minutes to confirm the presence of the reception committee and coordinate the drop. With luck I saw a white spot that on my approach resolved into two men and three horses.

“Ernesto?” I called out, for that was the alias of our contact.

“No,” someone answered, “but we come from Ernesto.”

He handed me a match and a toothpick, the sign to be given by anyone Ernesto sent. I replaced my pistol in its holster and smacked my hands, a signal for Jorge and Mendoza to join me.

When the three of us had linked up, I asked one of our contacts whether he knew where the weapons container was.

Fortunately he was right. By retracing our steps we found the container, which we then packed on one of the horses. After stashing the parachutes I instructed our contacts to hide the container in a safe place.

“Come this way,” one of them said.

In about 15 minutes we had reached a sugar-cane field. Pushing through the canes, we walked a short distance to a clearing about the size of a dressing closet, barely large enough for three men to lie down. Our contacts told us to stay there for the night; in the morning they would bring food.

We lay down to sleep with our pistols by our sides. Although pistols are no match for rifles or machine guns, at times the shock of pistol-fire will cause confusion and give a chance for escape.

Jorge and Mendoza woke me several times during the night, alarmed by rustling sounds in the cane. I too had heard the noises and assumed they must be rats or other animals foraging for food. I was pleased to be awakened by my comrades, as it proved they were alert.

As promised our contacts brought food in the morning. Breakfast was welcome; we ate voraciously.

By afternoon the heat in the open field was intense. We sought relief in a nearby brook, bathing and swimming. The rest of the day and night we waited for Ernesto, all the while discussing activities we would undertake in Havana. On the second morning our contacts brought more food and the news that Ernesto, a leader of the resistance, would arrive late in the day.

At dusk they returned with Ernesto. He had prepared everything for our move. We walked for 15 minutes to a jeep and drove for about an hour to a country house, where we bathed and enjoyed a hearty peasant dinner. Over the meal Ernesto told us the weapons container was hidden in a safe place and the parachutes buried.

Very early in the morning we set off separately for Havana. It was time to put the pieces together again.