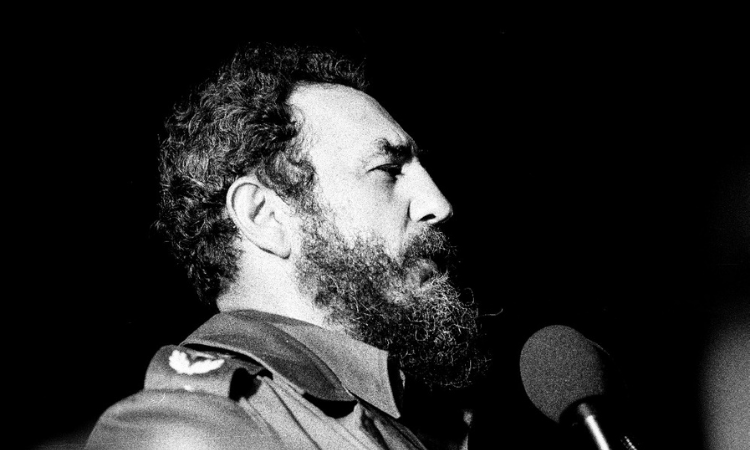 With Sanders behind the scenes, Cuba and Castro become more relevant to the 2020 election. (Marcelo Montecino)

Brothers from Time to Time is already winning acclaim from leading conservatives. David Horowitz, an American George Orwell, has called Brothers “a riveting account” as well as a guide to “the Bernie Sanders left” in the United States. Since Sanders partisans are now running empty-vessel Joe Biden and the Democrats, Cuba and Castro have become more relevant to the 2020 election.

Emilio Adolfo (Emi) and Adolfo Rivero were Cuban resistance heroes who began by fighting against Castro’s predecessor, Batista. After Castro’s coup, the brothers took opposite sides. Emi quickly understood that Castro was a far greater danger to Cuba than Batista had ever been. Adolfo, however, was a committed communist who thought Castro would lead Cuba to the utopian dream of social justice.

Emi became a CIA agent inside Cuba. He recognized that the Americans, given their careless misunderstanding of Cuba and Castro, were probably going to lose. But his commitment to liberty pushed him to join the battle. Castro’s State Security agents captured him.

Emi’s interrogator visited Adolfo and asked for advice on dealing with Emi. Adolfo unhesitatingly said: shoot him. When the Communist Party later purged Adolfo, he put party above self and accepted banishment as his duty to the revolution. When Adolfo changed his mind, however, the regime arrested him.

Emi and Adolfo met in Paris in 1988. Choked with emotion, Adolfo told Emi that he had asked for his execution. Emi replied that Adolfo, by so doing, had saved his life.

Paradoxically, Emi said, Adolfo’s comrades loved him for his purity and therefore spared Emi. Love exists, but not officially. In Castro’s Cuba, the regime ordered people to snitch on their neighbors and even their families.

Communism fails because it denies people their humanity. Driven by the search for a non-existent utopia, society necessarily consumes itself. The result is a devastated order like Castro’s Cuba or Hugo Chávez’s Venezuela.

Landau first created a book version of the Brothers story in 1994. His New York agent offered the manuscript to numerous publishers. As Landau says in the epilogue to his present book, the New York publishers gave his earlier book “a cold shoulder.”

A key to those publishers’ motives might be found in a recent review of Brothers by Aram Bakshian Jr., a former aide to Presidents Nixon, Ford, and Reagan. In that review, published by the Washington Times, Bakshian mentions his own early memories of the Cuban revolution and says: “The New York Times—which had published a series of shameless puff pieces about Castro—couldn’t have been happier.”

The notable thing is that, unlike many who changed their minds afterward, the people who prevail at the New York Times are still admirers of Castro’s regime. The New York Times also happens to be the institution that sets the table for America’s literary intelligentsia—and for Democrats in general.

From his early experience, Landau understood that Brothers would fail yet again if he went back to the New York literary world with his newer and even tougher version of the story. This time he decided to throw in with those thinkers who oppose the various doctrines of political correctness, which are the same as the Democrat Party platform.

Of course, Democrats like to make fun of anti-communists and pretend their political enemies are right-wing extremists. However, as Landau’s narrative shows, the devices of Cuban communism and the program of the Democrats are virtually the same.

Communists are dead set against individual self-expression, but our individualism, as Emi Rivero proved with his own life, is consistent with nature. We were created to be free. We are simultaneously possessive, selfish, charitable, and capable of sacrifice for a greater good.

Anti-capitalists protest our nature and believe the government can change it. Cuba proves otherwise.

Our Declaration of Independence and Constitution contain the lofty principles to which we aspire. The catastrophe of Castro’s Cuba, which the narrative of Brothers exposes, is a history that should inspire us to defeat Biden, obey our nature, and live up to the exceptional, wonderful heritage that the American Founders bequeathed to us.