Leftist Lawfare Has Only Just Begun
Skip to content 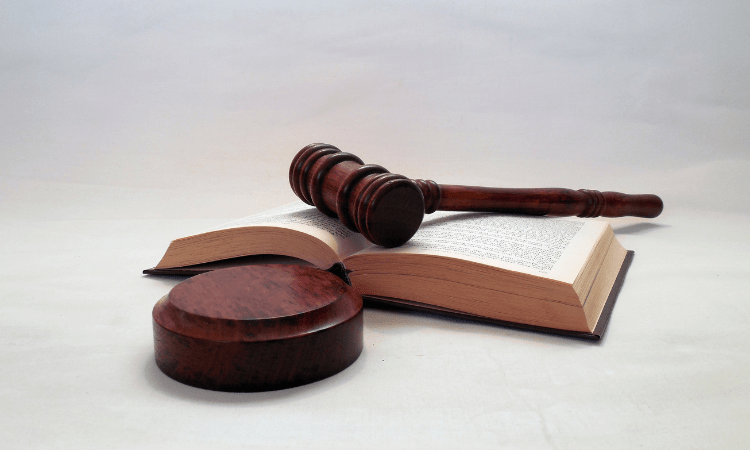 If the Movement achieves its goal of transforming America, it will treat its political opponents with utter disdain. (Canva)

The politicization of the US justice system is increasing in line with the power of the woke, progressive, socialist, Marxist movement (the Movement). The Biden regime, Democrats, and government bureaucrats of the Movement feel justified in applying the law unequally. Unless stopped, eventually they will be the law.

Their actions abroad, most recently in Guatemala, show what they will do at home when they have sufficiently consolidated power.

The first victim of politicized justice

A Jewish lawyer for the ACLU, widely condemned for defending Nazis in the landmark Skokie case of the 1970s, said “Equal rights for all is a backbone of our democracy.… Chipping away at this commitment will open the door to the erosion of the First Amendment as a bulwark against rule by tyrants.”

A 2018 ACLU memo cites as a reason to decline a case “the extent to which the speech may assist in advancing the goals of white supremacists or others whose views are contrary to our values.” Asked about it, former ACLU Director Ira Glasser replied, “For people who today claim to be passionate about social justice to establish free speech as an enemy is suicidal.”

Legal representation is fundamental in our society. Democrats and their allies, including lawyers, targeted law firms that represented former President Donald Trump after the 2020 election as part of an effort to silence speech about election fraud.

New York prosecutors indicted the Trump Organization and its CFO for evading taxes on benefits they claim should have been declared as income. Professor of Finance Michael Busler says what the organization and the CFO did “was exactly what every employer does for virtually every employee.… This is perfectly legal and allowed by the IRS.”

Demonize the Opposition to Justify Persecution

The Movement calls the January 6 event at the Capitol an insurrection. This false narrative not only demonizes political opponents, a staple of communist revolutions, it seeks to justify government persecution of political opponents. The government has charged more than 500 people, many of whom remain in solitary confinement and restrictive conditions.

Judicial Watch President Tom Fitton says “The Justice Department uses these prosecutions to intimidate and coerce the political opposition to the Biden administration and the Left’s narratives.”

The same people who push the January 6 insurrection narrative say the riots in many cities between May and August 2020 were peaceful protests. Photos show otherwise. Often, those arrested during those riots faced minor charges or were let off.

On July 1, the State Department (DOS) sanctioned 20 Guatemalans under a new law and slandered its targets. DOS accused them of “undermining the democratic process” and engaging “in corruption or anti-democratic acts.”

Guilty people might be included in the list, but none has been convicted of a crime. Among the sanctioned are lawyers and activists who exercise their rights in the courts and media to oppose DOS policy.

DOS pressured Guatemala’s institutions to appoint criminal socialists to the CC for the 2021–2026 term. Having seen the devastation from the previous term, Guatemalans resisted. Without the CC to cover for the crimes the embassy’s judges and prosecutors commit, the Biden regime has to openly lead the socialist charge—hence the July 1 sanctions to intimidate noncompliant judges and the private sector.

An obvious victim of DOS political persecution is lawyer Moises Galindo, sanctioned on July 1. The sanctions change nothing for Galindo. He is unable to travel to the United States because he has been in jail for nearly four years.

Galindo is in so-called preventive detention after being charged with a nonexistent crime. The prosecution has presented no evidence against him. The judiciary has illegally denied five habeas corpus and nine injunction petitions under a law created to prevent government abuse of individuals.

Galindo is a DOS political prisoner. His crime was being a lawyer for the Foundation Against Terrorism. DOS considers him and his clients enemies who deserve no rights. It also sanctioned the foundation’s president and another lawyer.

As the Movement grows stronger and closer to its goal of transforming the United States, it will increasingly treat its political opponents with complete contempt and no restraint as do their Guatemalan allies under DOS. There will be no space for dissent. As Senator Marco Rubio (R-FL) said at the Faith and Freedom Coalition conference on June 18, “If we don’t confront [Marxism] now, call it for what it is and defeat it, it will destroy this country and everything that has made it special.”