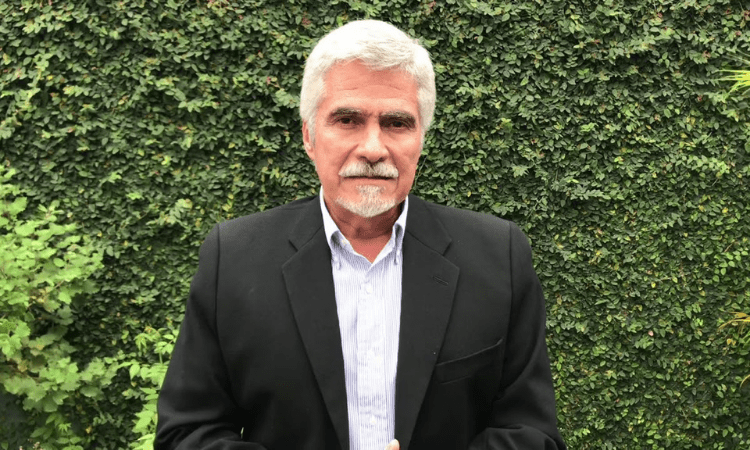 On July 1, the US State Department (DOS) defamed and sanctioned 20 Guatemalans, some of whom are simply fighting for the liberty of their country. By attempting to intimidate Guatemalans into accepting a criminal agenda, the Biden regime has shown its dishonesty and depravity. With courage and national pride, Ricardo Mendez-Ruiz, one of the defamed, says being sanctioned by the United States is a badge of honor.

DOS used the United States-Northern Triangle Enhanced Engagement Law (Division FF, Title III, Subtitle F – page 1946) to revoke US visas of 20 Guatemalans. That is DOS’s right. However, that right does not include arbitrarily declaring people to be guilty of “undermining the democratic process” and “significant corruption,” such as “bribery and extortion … money laundering and acts of violence, harassment, or intimidation” of investigators.

The Engagement Law is paternalistic and imperialistic. The principle behind it is might is right, since it imposes on other countries by discarding due process, the presumption of innocence, and international law.

The key to prosperity of any nation is impartial justice. The Engagement Law obligates DOS to consider “strengthening the capacity of national justice systems” as part of its strategy. DOS should sanction itself because it has been the most corrupt actor against Guatemala’s justice system.

DOS co-opted criminal prosecution in 2010. Using the criminal UN International Commission Against Impunity in Guatemala (CICIG) as a battering ram, the US embassy took over the Constitutional Court (CC) in 2016. From 2016 to 2021, the CC issued many illegal rulings. It closed businesses, usurped executive and legislative powers, protected armed gangs, and persecuted political enemies. An obvious victim of political persecution at the hands of DOS is lawyer Moises Galindo, who was sanctioned on July 1.

The sanctions change nothing for Galindo. He is unable to travel to the United States because he has been in jail for nearly four years.

The CICIG and facilitator FECI (special branch against impunity of the prosecutor general) arrested Galindo in 2017 and charged him with a non-existent crime. The prosecutors and judges have violated the Guatemalan Constitution and laws in multiple ways. They have illegally denied 23 legal motions, including five habeas corpus and nine injunction requests.

Guatemala’s Injunction Law exists to protect individuals from government abuse. Almost four years of preventive detention, without evidence presented against him, makes the illegality and abuse obvious. Galindo is a political prisoner.

DOS gave the judge in the case, Erika Aifán, a 2021 Women of Courage Award. Calling her “independent of political influence,” they said “She has demonstrated determination and fortitude in upholding the rule of law.”

Aifán is also the lower-court judge in the Bitkov case, in which the CICIG colluded with Russia with US Democrat support. The Prevention of Torture Office in Guatemala found that Aifán had violated Igor Bitkov’s human rights.

Aifán and the other US-embassy-backed corrupt, political judges were able to persecute political enemies because the CC covered for them. When the term of the embassy’s CC magistrates was ending in April, the Biden regime attempted to intimidate Guatemala’s authorities into appointing the same type of magistrates for the 2021–2026 term. Guatemalan institutions resisted and appointed independent magistrates.

Aifán and the embassy’s corrupt judges are now vulnerable. Numerous criminal complaints against them are pending, and they cannot expect the new CC to cover for their crimes.

DOS no longer has internal ways to impose its criminal agenda, so it must do so openly itself. This explains the July 1 sanctions: an attempt to intimidate Guatemalan leaders into acceding to DOS demands.

Mendez-Ruiz is the president of the Foundation Against Terrorism. He and colleagues have presented at least 90 cases in court during the last 10 years, many against DOS’s corrupt judges and prosecutors. Galindo and Raúl Falla, also sanctioned on July 1, are lawyers for the foundation.

The 1990 UN Basic Principles on the Role of Lawyers specifies, “Governments shall ensure that lawyers are able to perform all of their professional functions without intimidation, hindrance, harassment or improper interference.” In a 2018 report, the Office of the UN High Commissioner referred to Galindo as a “defense attorney for former military officers accused of crimes against humanity.” It seems the United Nations wants protections for lawyers who represent its approved clients but not others. So much for the universal principle that everyone deserves a defense.

DOS applies the same double standard to individuals and organizations, such as the Foundation Against Terrorism, for exercising their constitutional rights. DOS persecutes anyone who effectively opposes it, as it is doing to Galindo, Falla, and Mendez-Ruiz.

Lower-court judge Mynor Moto dismissed a CICIG case partly because he found the CICIG and Sandoval had coerced witnesses into giving false testimony. Moto filed a complaint with the prosecutor general. By properly applying the law, then Supreme Court magistrate Nestor Vásquez, now on the CC, kept embassy-backed candidates for magistrates from gaining appointment. DOS sanctioned both Moto and Vásquez on July 1.

Guatemalans have resisted socialist imposition for many years. For five years, they have witnessed devastation from criminal rulings by political judges and prosecutors. DOS imposed and openly supported those officials as independent and properly applying the law. Guatemalans are pushing back against US totalitarianism and must now, in the face of open Biden-regime meddling, increase their efforts.