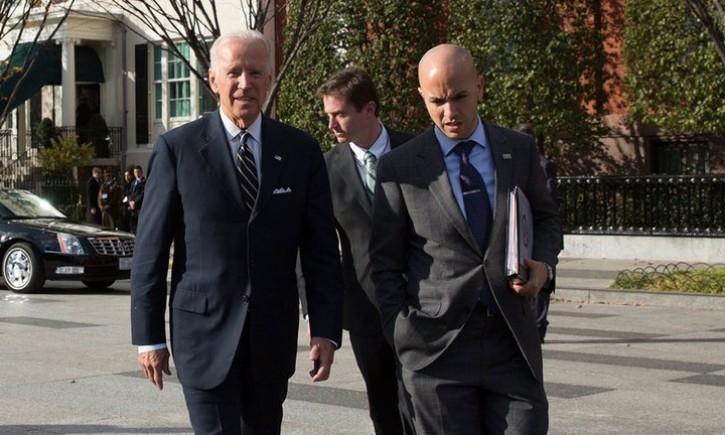 Juan Gonzalez was an advisor to Biden when he was vice president (White House).

The Impunity Observer’s report about the recently created National Entrepreneurs Council is our first investigative report. As such, it is informative and not an opinion piece. The following is my personal opinion about it.

Kamala Harris is supposedly attempting to mitigate the conditions that promote irregular migration to the United States, and Guatemala is a crucial piece of that puzzle. She claims to be working with the private sector in Guatemala, El Salvador, and Honduras as part of her initiative.

Harris is ignorant of Latin America, including Guatemala. She relies on Juan Gonzalez, the Western Hemisphere director on the National Security Council. He seems to be always present in Guatemala and in Washington, DC, with Harris when she meets with Guatemalans. Gonzalez, born in Cartagena, Colombia, served in the peace corps in Huehuetenango.

Gonzalez was an advisor to Biden when he was vice president. During the Trump administration, Gonzalez was deputy assistant secretary of state for the Western Hemisphere before moving to his current post. It is no coincidence that US policy toward Latin America in general and Guatemala specifically has been consistent for three consecutive presidential administrations. Gonzalez has been a constant.

Gonzalez has tied migration to “a predatory elite” that “does not pay any taxes or invest in social programs.” We should not be surprised that he has worked to bolster a business group to replace the “predatory elite” and provide a veneer for Harris to claim she is in fact working with the private sector. Her narrative is false.

How was the CNE present at a meeting with Gonzalez and Harris just one week after coming into public existence? The group of cronies and progressives came out of nowhere to fit the needs of the Biden regime. It gives the façade that those involved represent the private sector to promote economic development.

CNE participants with government connections and benefits reflect the corruption they themselves condemn, which is typical of the Biden regime at home and abroad. As further evidence of corruption, Harris announced that Nespresso would buy coffee from Fedecocagua (a CNE member) as part of a $150 million deal with Guatemala and neighboring countries.

CNE statements about Guatemala’s failed economic model coincide with Gonzalez’s comment about the predatory elite. Gonzalez this year lamented the departure of the CICIG. CNE’s embrace of the CICIG is a dead giveaway that the CNE is an appendage of the Biden regime.

The US Helsinki Commission discredited the CICIG at an April 27, 2018, hearing about Russian and CICIG persecution of the Bitkov family. Unable to let go of their socialist, criminal battering ram, Democrats raised the CICIG again in the Tom Lantos Commission on Human Rights June 9 hearing on judicial independence in Central America.

Co-Chair Representative Chris Smith (R-NJ) slammed the CICIG, saying it appeared the Bitkov case was likely just the tip of the iceberg. A comprehensive report by four Guatemalan civic organizations, part of the Helsinki Commission hearing’s record, details many of the CICIG’s failures and crimes. The report’s authors released a follow-up after a court ruling in southwest Guatemala showing the CICIG had become what it was created to eliminate.

Biden’s and Gonzalez’s pining for the CICIG reflects their consternation that they now have to openly take the lead in their efforts against Guatemalan sovereignty with the successors to the Fidel Castro-supported guerrillas. The regime has done that with the so-called Engel list.

Fedecocagua strongly criticized the CICIG but now participates in the CNE and openly supports the CICIG. This raises serious questions about the group and Harris.

The CNE offers much criticism but no proactive program. Some of what they say about Guatemala is correct. Otherwise, Guatemala would be a prosperous country.

Gonzalez fails to understand that many Guatemalan business leaders are already open to market liberalization and competition. They have come to understand that the way forward is limited government, separation of powers, and the rule of law to accompany the individualism already contained in Guatemala’s Constitution.

The United States should support and work with those in the business community who understand and want to implement these principles. The resulting economic development would reduce migration. That the Biden regime does not do this indicates a contrary agenda, to impose stakeholder capitalism—a centrally planned economy—on Guatemala. Its citizens, from poor to wealthy, have rejected this for many years.