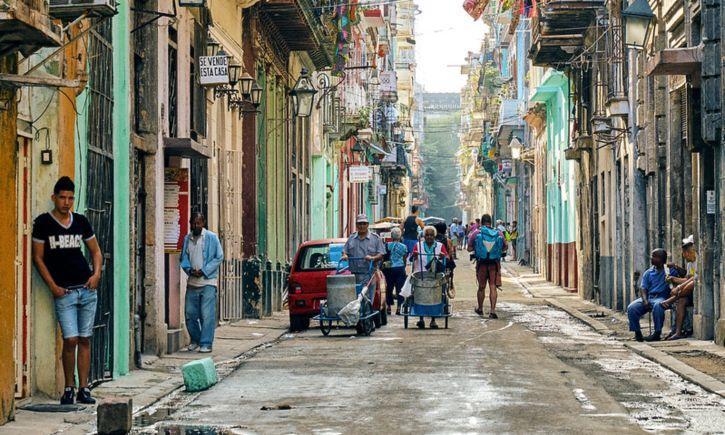 If the Cuban regime were to fall, the effects throughout Latin America would be palpable. (Pedro Szekely)

If Joe Biden follows his new sanctions on Cuba with additional measures, as he announced, the dictatorial regime could lose power. That would free Latin America from 60 years of regime efforts to impose the Cuban model, first by force of arms and then, since 1990, through internal subversion.

At the same time, it would conflict with and doom current State Department (DOS) policy in Latin America, which has for decades imposed leftist preferences. An about turn from DOS would also be good news for Latin America.

Cuba is the head of the poisonous snake that bites countries throughout the hemisphere. The regime has two objectives: (1) gain allies for their transnational criminal organizations (TCOs) and (2) impede the emergence of any prosperous society that could counter Cuba’s failed authoritarian model.

Cuba was instrumental in establishing dictatorships in Venezuela and Nicaragua. Cuba played a key role in destabilizing Chile and is prominent in the communist takeover of Peru. Colombia is currently under criminal assault, including from Venezuela, Cuba and TCOs.

DOS favors socialists throughout the hemisphere, with only toothless condemnations of Cuba, Venezuela and Nicaragua. DOS congratulated Peru on a supposedly model election before it was completed and despite the many charges and indications of fraud. DOS is silent about the vandalism and the role of Venezuela, Cuba and TCOs in the attempted overthrow of Colombia’s government.

In Guatemala, DOS partners with the successors of the Fidel Castro-supported guerrillas. Now that Guatemala’s authorities are rebelling against DOS control of their justice system, the Biden regime is openly leading the socialist charge. The regime has sanctioned and defamed Guatemalans whose only crime has been using courts and the media to challenge DOS-favored judges and prosecutors.

The Maduro regime in Venezuela survives on narcotrafficking and support from China, Iran and Russia. Illegal drugs mostly flow by air and sea from Venezuela to Honduras and Guatemala and then by land to Mexico. Sending contraband by air and sea directly to the United States is riskier than going by land.

Colombia and Guatemala are two key points in the contraband land route. If the TCOs overthrow the Colombian government, the flow of contraband by land will increase significantly. With DOS control of Guatemala’s justice system since 2011, socialists have kept the nation’s borders open. DOS went against President Donald Trump and now works hand in hand with the Biden regime.

Biden said, “This is just the beginning—the United States will continue to sanction individuals responsible for oppression of the Cuban people.”

Some members of Cuba’s security forces are reluctant to take harsh acts against fellow citizens. Biden could accentuate this reluctance by warning the Cuban military that its members could face consequences in a liberated Cuba for abusing their fellow citizens’ human rights.

Biden could form and lead a coalition with countries—such as Brazil, Canada and Ecuador—that have expressed support for Cuban liberty. The dictatorship survives partly from the Club of Paris’s easy credit. Biden could convince members to tighten financial restrictions until the regime respects its citizens’ human rights.

Latin America has been limited by its tradition of centralization and abuse of power since Europeans arrived about five centuries ago. That made Latin America ripe for communist conquest.

Living under communism or facing communism exported from Cuba has taught many people throughout the region that limited government, separation of powers, and rule of law are the way forward. Many leaders have emerged throughout the continent eager to pursue this path, which would be of great benefit to their people and the United States.

DOS career officials tend to see only the faults of regimes they criticize. This leads them to support those who oppose those regimes without examining who they are and what they would do once in power.

For instance, DOS supported Daniel Ortega for president of Nicaragua in 2007. Ortega aligned with Hugo Chávez and Nicolás Maduro of Venezuela, who depended on Cuba for repression and crime. Even DOS now views Ortega as a dictator. However, DOS does not learn what it does not want to learn. In Chile, Peru, Colombia and Guatemala, DOS supports Ortega types who promise paradise but deliver hell.

The spontaneous, brave demonstrations by everyday Cubans have opened the possibility of freeing not only Cuba but the rest of Latin America. The people Biden’s Latin America team support in the region would be severely weakened if the Cuban dictatorship were to fall. If Biden fails to do as he announced and the Cuban regime survives, his Latin America team will continue their policies uninterrupted.

For the cause of liberty in Latin America and the United States, we must hope Biden’s newfound, late engagement against the Cuban dictatorship is real and that it continues. If so, more practical people in the Biden regime will have prevailed against Biden’s Latin America team.