Biden Will Not Change His Totalitarian Ways
Skip to content 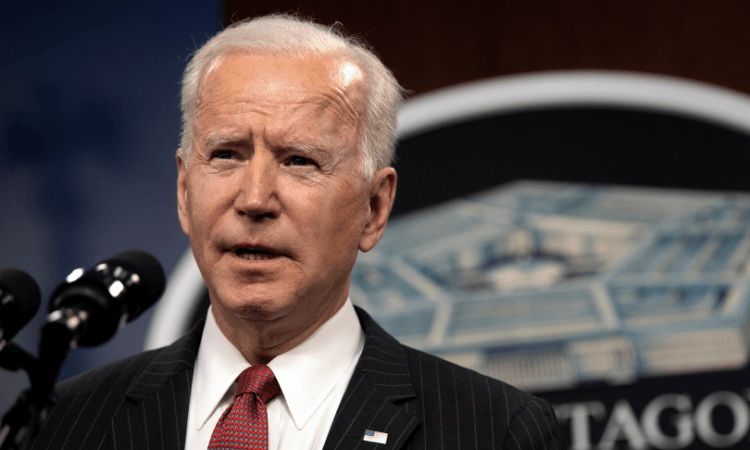 Any change in Biden regime positions on their wedge issues would disorient their followers. (Flickr)

Radical socialists need not be concerned that Joe Biden will pivot to the center as some traditional Democrats advise. Biden is locked in by the Marxist strategy of divide and conquer run by the real president, Barack Obama, as Press Secretary Jen Psaki started to say in a recent Freudian slip.

To keep control of their followers, the Biden regime must keep them continually agitated, fearful, and angry. The regime uses race, gender, climate change, and COVID-19 as their chief wedge issues to divide Americans. Whoever disagrees with the regime must be an evil totalitarian, spreading hate, division, and misinformation. This demonization—plus media propaganda, including lies by omission, and social-media censorship—suppresses the truth and keeps regime followers from even considering anything the enemy says.

Communism does not exist. It is an unrealizable illusion totalitarians use to take power and impose dictatorships. Marxists-Leninists substituted the proletariat-bourgeoisie struggle with other struggles, also based on false narratives.

A black man twice elected president by the majority-white United States promoted the false and divisive narrative of systemic racism during his tenure and after it. Obama had Black Lives Matter (BLM) leaders at the White House several times. BLM’s founders are self-declared Marxists. They also praised Fidel Castro, whose totalitarian bona fides are stellar. His actions towards blacks, not so much.

As president, Obama illegally used the security agencies against his political opponents, including illegally attempting to influence the 2016 election. Obama’s allies in the federal bureaucracy illegally hampered Trump’s presidency. Obama, his corporate partners and their corrupt media, Democrats, and the bureaucracy teamed up to remove Trump from power through all means in 2020.

Democrats’ violent wing—BLM and Antifa—wreaked havoc on many cities with Democrat governors and mayors. They and government agencies likely infiltrated the January 6 demonstrators and helped get protestors into the Capitol. The Biden regime has persecuted and demonized people even remotely connected to that as insurrectionists and white supremacists. The regime is using this pretext to purge the military.

These are all historical precursors to taking control of the government and installing a dictatorship. Fortunately, our traditions and constitutional structure created by our founders have so far withstood the assault on our republic. However, we are now only two Democrat Senate votes away from a disaster for our constitutional republic.

Any change in Biden regime positions on their wedge issues would disorient their followers. Many true believers would realize the truth and see how they were misled. Already, some prominent individuals from purported victim groups have left the fold after becoming aware of the regime’s lies and suppression of truth. That would happen en masse if the regime were to openly change its positions.

Marxists think long term. Although they would like to take power now, they realize they might fail. Democrats’ media partners cannot completely disguise and hide the negative effects of their policies from people affected by them. Without being able to steal elections, Democrats will suffer defeats, so they will circumvent any Republican elected officials.

Biden has already sought to discredit the 2022 elections. He has attacked as voter suppression Republican state laws making it harder to cheat. Absent their unconstitutional federalization of elections and the end of voter ID, Democrats will call the 2022 elections illegitimate.

If Democrats lose control of the House next year, they and their media partners will blame Republicans for everything negative that occurs in 2023 and 2024. Democrats and partners will increase the intensity of polarization through demonization during the 2024 presidential elections and into a Republican presidency, if it occurs.

To undermine Trump’s presidency, bureaucrats violated the laws and their oath. They will do it again to another Republican president.

Two keys to uprooting Marxism are education and the federal bureaucracy. Virginia is showing the way regarding education. Many other states are moving in the same direction. We must decentralize and reform education to tell the truth and remove the divisive Marxist propaganda that has become apparent.

Although indispensable now, reforming education will help in the medium and long terms. The other essential step is to make federal bureaucrats, especially the Justice and State departments, responsible to the president, consistent with the Constitution.

Without this critical step that requires public awareness and support, bureaucrats with their corporate media and Democrat partners will undermine the new administration and return to power. Since they believe Republicans are unlikely to understand and take measures to uproot Marxism, Democrats and partners will continue their totalitarian assault in 2022 and be ready to do so again in opposition.