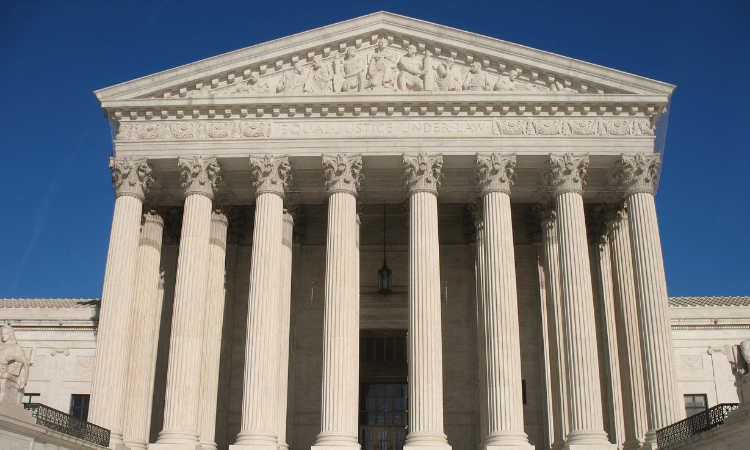 Polarization is one of the keys to the totalitarian takeover of a country. (Wikimedia)

Mark Penn, former advisor to Bill and Hillary Clinton, says the Supreme Court leak was intended to galvanize the Democrat base for the midterms. Penn’s surface explanation deflects from a gambit to kill the filibuster, change voting rules, and keep Democrats in power.

Marxism has penetrated our institutions to an alarming extent. The strategy is classic: prioritize ends over constitutional principles; divide and conquer; promote violence and chaos. The result is lawlessness and the degradation of the republic.

Polarization is one of the keys to the totalitarian takeover of a country. In his signature 1971 work, Rules for Radicals, Saul Alinsky wrote, “All issues must be polarized … One acts decisively only in the conviction that all the angels are on one side and all the devils on the other … We exploited [racism] for our own purposes.”

Alinsky disciple Barack Obama followed the formula and has been divider-in-chief since becoming president. He is most likely the main driver behind the hyper-divisive Biden regime.

Marxists control the Democratic Party. Besides racism, their polarizing issues include climate change, COVID-19, homophobia, transphobia, xenophobia, and gender ideology—whatever serves their purposes. Everyone who opposes them is evil; to protect the collective good, constitutional individual rights must be sacrificed.

The 2020 riots and COVID-19 created the opportunity for a cabal of Marxists, oligarchs and their media, and bureaucrats to steal the 2020 elections. With public ignorance of the cabal, it falsely presented incompetent Joe Biden as a return to normal.

The Marxist plan is crises to justify a totalitarian takeover. This is the real reason for the Biden regime’s war on domestic energy. Green energy is not the objective; the regime prefers foreign energy that pollutes more than domestic or Canadian production.

Oligarchs joined Marxists because Donald Trump’s policies promoted domestic growth and led to lower profits abroad, especially in China. Oligarchs oppose reciprocal trade deals with China and disincentives to do the Chinese Communist Party’s bidding. US oligarchs have betrayed the country from which they gained their wealth.

By favoring US workers, Trump left oligarchs to work with only Democrats and RINOs. Establishment Republicans who favor oligarchs are losing power. Republican voters see that Trump’s policies help the United States while Democrat policies destroy her.

Marxists know they will be voted out of power once the public sees their policies’ results. Needing to nullify elections, Marxists presented the inaptly named For the People Act as their first legislation in 2021. It would have eliminated voter ID and mandated massive unsolicited mailing of ballots to people on every state list. Updating the lists would be prohibited. A more apt name would be the Democrat Fraud License Act.

Knowing their bill is unconstitutional and wanting to consolidate power, Marxists need to pack the Supreme Court to guarantee political rulings. I watched the same Marxists running our country today install in Guatemala a high court that illegally destroyed business, persecuted political enemies, and protected political allies. This is the real goal of court packing: ruling through arbitrary, unchecked power.

To pass the legislation to execute their plan, Marxists had to kill the filibuster. So far, they have failed. The leaked draft opinion raises the issue again. Senator Bernie Sanders (I-VT) immediately proposed to codify Roe v. Wade, for which the Senate must kill the filibuster.

Commentators such as Penn say some who would have voted against Democrats in November will switch back to Democrats because of abortion. The Supreme Court will issue its ruling toward the end of June. That still allows enough time for Penn’s scenario. The leak gained May and June to try to kill the filibuster, pass the voting law, and pack the court.

Another explanation for the leak was that it would pressure the justices to change their ruling. That would not help the Marxist revolution. If the court were to uphold Roe v. Wade, Marxists would lose a wedge issue.

Reacting to the news about the abortion case, Biden said, “This MAGA crowd is really the most extreme political organization that’s existed in American history.” This is consistent with his Marxist demonization of political opponents. According to Biden, “Terrorism from white supremacy is the most lethal threat to the homeland, not ISIS, not al Qaeda.”

Biden’s fearmongering contends evil MAGA subversives, having won on abortion, will deprive other supposed victim groups of their rights. Marxists want increased anger and polarization to provoke killing the filibuster.

So far Senators Joe Manchin (D-WV) and Kyrsten Sinema (D-AZ) have stood firm against this. New pressure is unlikely to change their position. However, this is the only play for the Marxist revolution to avoid the will of the people.

Voters will reject Democrats because of the negative results of Democrat policies. We need more awareness of how the destruction we see is a deliberate Marxist strategy. We need Republican leaders who will pull out Marxism from its roots in education, the bureaucracy, and business.