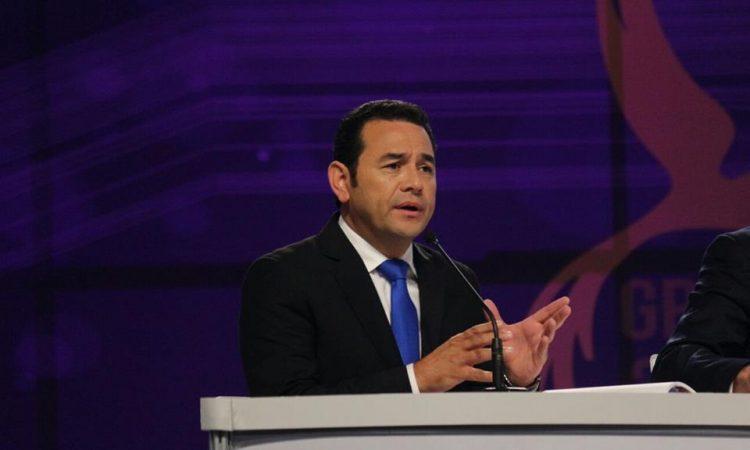 Guatemala’s recent presidential election was far from ordinary. It was shaped by a joint effort between the Barack Obama administration and the United Nations’ self-appointed International Commission against Impunity in Guatemala (CICIG) to change the country’s governing structure.

Weeks before the first round of voting, the CICIG brought corruption charges against President Otto Pérez Molina, driving him out of office and into jail. The charges are still unproved and may well remain so.

President Obama and the CICIG had intended to form a caretaker government in order to suspend the elections. The excuse was that the country was too corrupt to undertake a clean vote. But their effort backfired. With more than 70 percent of the electorate flocking to the polls, voters went strongly against the political establishment and gave the day to a dark horse, Jimmy Morales, whose only renown had been as a former comedian.

In the runoff election on October 25, Morales went on to trounce the former first lady, Sandra Torres, who had boasted she would wipe the floor with her inexperienced opponent.

With Torres as president, so-called progressives would have been in the catbird seat. Instead, they were quick to take up the verbal cudgel. A good example is the report in the New York Times by Anita Isaacs, a US political science professor who visited Guatemala and then tried to discredit Morales’s victory. The following is a free adaptation of her report, with ingredients from another of like mind.

In Guatemala City, the scholar visits a café, where she expects to find a bookish atmosphere and thoughtful conversation about progressive politics. Instead, she is greeted by a dusky atmosphere, soft music, and young ladies dancing for older men.

The air is filled with smoke, whiskey, and the perfume of machismo. Before the scholar knows it, she has voiced another word: “homophobe.”

The host who escorts the scholar to a table gives her a once-over. Under her breath, she mutters “racist.”

Our scholar then sees that a few customers are wearing maroon berets. Being a student of history, she knows what those are, and can contain her reaction no longer.

“Oh, my God!” she exclaims at full volume. “The Guatemalan military is in here!”

Or, as Isaacs later wrote in the Times — and this is verbatim — “[Morales’s party] was founded by right-wing military officers with ties to the same organized criminal networks that have captured Guatemalan politics and whose core members are implicated in brutal war crimes committed during the country’s 36-year civil war.”

In an earlier report, a staffer for a DC nonprofit group that endorses the views of the Guatemalan guerrilla party had pointed to Morales’s comedy routines as relying on material of a “racist,” “sexist,” and “homophobic” nature.

These comments about Morales and his supporters are a textbook case of the lie that gets halfway around the world while the truth is putting on its shoes. If we are distracted by the untruths, we will never catch up to the lie. But here’s a slice of fact, given to us a few days ago by retired Guatemalan Army Colonel Edgar Ovalle, an official of Morales’s political party FCN-Nación.

“In 2005, the FCN was founded and its executive committee formed with military veterans comprising half the members. In 2011, all the ex-military people left the party except for Gregorio Lopez and me. In March 2013, we merged it with the civil committee Nación, and the party became FCN-Nación, with Jimmy Morales as secretary general and me as assistant secretary.”

“From 2013 through the first round of the recent election, no other military veterans were involved with the party. Beginning with the second round, two additional veterans became involved with administrative activities.”

“Compare that to about 20 military veterans in UNE [Sandra Torres’s party] and about 40 in LIDER [party of the earlier favored candidate, Manuel Baldizón]. Former guerrilla militants are also taking part in politics. We all have that constitutional right.”

So much for the canard of military influences on Morales.

What’s the real objective behind Isaac’s and others’ attacks? It’s power, of course. The president-elect’s opponents are attacking him as a way of grabbing some of his power for themselves.

This is an old game. They are hoping he will make them a part of his backstairs group as a way of shutting them up. And if they get into the backstairs of power, they will be able to influence the government without accepting any responsibility.

Let’s give these Morales opponents their proper name. They are advocates of the guerrilla cause that went down to defeat in 1996 after nearly four decades of war.

These partisans are not without resources, as they might have you believe. They are darlings of the international media. They get bags of money from abroad. The European Union writes letters for them; the United Nations agitates on their behalf. Most of all, they can count on the unstinting support of the Obama administration, which portrays them as the avatars of human rights and social justice.

Since 2011, heavily armed guerrilla militias have ruled the roost in large areas of the countryside, where they violently suppress the very peasants they claim to be helping. Four years ago, when retired General Otto Pérez Molina took office as Guatemala’s president, the guerrilla party had enough clout to join him as a silent partner in governing the country.

A report in the Wall Street Journal discreetly exposed this bargain. In the closing days of Pérez’s presidential campaign, the guerrilla party had threatened to reopen an investigation in which Pérez was implicated in the murder of a guerrilla commander during the war.

The guerrilla party, 20 years on, did not much care about its dead commander. Likewise, the story was atypical for the Journal. What was at issue? Between the lines, it was obvious: the guerrilla party was extorting Pérez for a slice of power in his administration. If it didn’t get its way, the guerrilla would make Pérez’s life miserable.

Pérez took the deal. He gave the guerrilla its share of power. The case of the murdered commander was never mentioned again, not even by the man’s supposed wife, a US flimflam artist who had long been a guerrilla operative.

The genocide case is a piece of hackwork that would never have passed muster in an impartial international forum. But in Guatemala, it remains in play; and if the courts uphold the genocide charge, the guerrilla can use it to break the constitution’s neck. President-elect Morales will come under pressure, if he has not already felt pressure, to leave the case alone.

Let’s stop playing footsie with the guerrilla’s agitprop machine and call the disinformation against Morales by its actual name. It’s a continuation of the guerrilla war by other means.

The Guatemalan people have little appetite for this war. Even so, the conflict is being pushed down their throats by external powers whose names we will repeat: media like the New York Times; politicians like President Obama and presidential candidate Hillary Clinton; big funders of “public-interest” organizations from Western Europe; and the whole sorry contingent of international hangers-on, the United Nations and others, who have not let go of their romance with the guerrilla dream.

Let’s hope the former comedian and future president of Guatemala has the moxie to stand up to all of them.