Dividing the Union, Then and Now
Skip to content 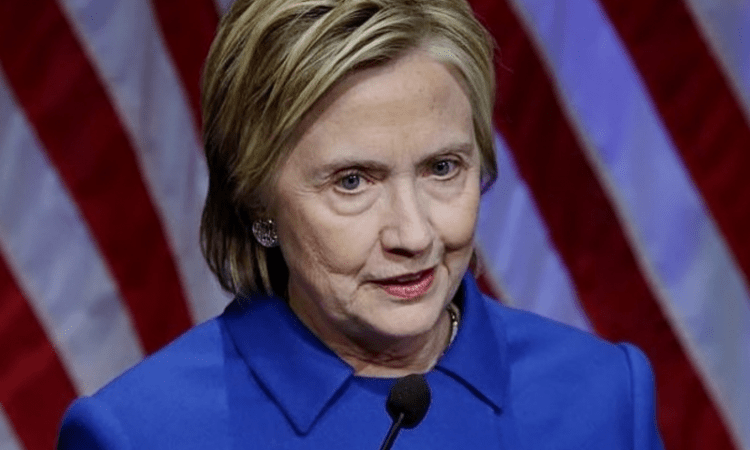 Hillary Clinton and other Democrat leaders are harking back to the pre-Civil War era. (Daily Caller)

As soon as Hillary Clinton’s partisans began their campaign to void the presidential election, the United States entered a civil conflict.

Democratic Party leaders are now reprising the radical campaign that led to the Civil War. By reneging on one of the constitution’s basic premises, they are replaying the crisis of secession.

At times it’s useful to reflect that the pre-Internet age was not empty of history. In December 1860, the path to our bloodiest war opened with an adamant refusal to accept the verdict of a presidential vote.

Hardly anyone saw the violence coming. Just before the war’s outbreak, A.W. Venable of North Carolina, who had been a presidential elector in the 1860 vote, offered to “wipe up every drop of blood shed in the war with this handkerchief of mine.”

Had Venable made good on the offer, his heirs in the present day would still be wiping.

On December 26, 1860, less than a week after the secession had begun, The New York Times –itself just a decade old– published an editorial entitled “Shall We Have Mexico!” The title carried an exclamation point; it was an exhortation, not a question.

The 156-year-old article is strikingly relevant, in that the key issues of the Civil War are still alive and kicking.

In 1860, The Times belonged to the extremist Northern party that wanted above all to stigmatize and punish the seceding states. This radical program went strongly against the policy of President-elect Lincoln, who was working to head off the crisis and save the Union.

It’s an open secret that political extremes love each other and work well together. The Times’s editors were egging the conflict on, just as the Southern fire-eaters were.

In The Times’s view, the seceding states ought to be expelled from the Union, and made to pay a heavy price if they ever wanted back in.

But what about all the territory and productive capacity that the United States would lose with the Southern exodus? A possible solution was to replace that loss with the taking of Mexico.

As the Times editorial noted, “Mexico is about the size of the Slave States of this Union, and not a great way behind them in population. The trade of that most misgoverned country is even now valuable to the commercial nations of the world, and especially to England.”

By seizing Mexico, the United States –in the words of The Times– would rescue the Mexican people, “ignorant and degraded as they are,” from domination by Southern slaveholders. Instead, Mexico “can receive a guaranty of a stable Government at our hands.”

This was, at best, a myopic conceit. A nation in the throes of its own division cannot really make an offer of stability to anyone else. But such inconveniences are details to radicals who are enthralled by their civilizing missions. The mission endorsed by The Times in 1860 was not far from that of today’s Democrats.

Just like the radicals of yesteryear, the partisans of Obama and Hillary have been working to absorb the productive power of the Mexican people and put it at their service.

In this view, Mexicans are the ideal workhorses of the American economy. They are resources in America’s electoral contests. They are pawns in the geopolitics of the American continent. Last but not least, they are weapons in the radical psywar against political opponents.

All these elements are contorted into an insincere rhetoric that gives the radicals not just a tactical edge but an air of moral superiority. That air is the most discernible fragrance in the newspaper column of 156 years ago. The writers are long dead, but they still know better than you do.

That conceit, all by itself, is what moves the Democrats in this post-election campaign. The activists are running on fumes. For most Americans, they have little to offer. But with immaculate confidence in their own virtue, they insult our valued traditions and they disgrace millions of lives.