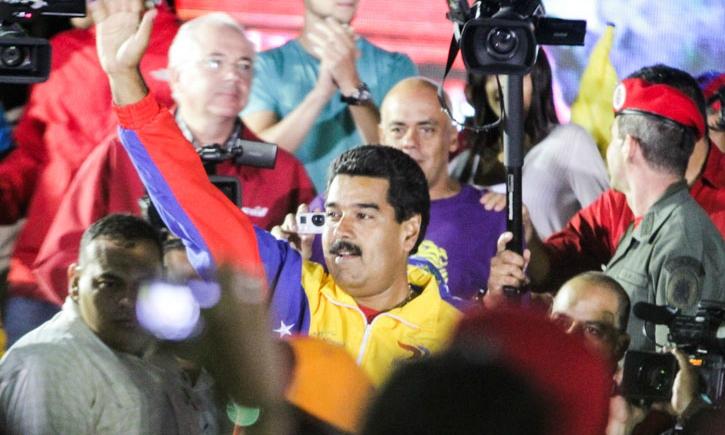 President Donald Trump has committed the “full weight of US diplomatic and economic” to bear on Venezuela “to restore its democracy.” Yet an Obama-holdover ambassador and elements of the State Department are leading a constitutional coup in Central America.

Venezuela now has a dictatorship, ushered in by Hugo Chávez’s chosen successor Nicolás Maduro and his illegal constituent assembly. Trump and many leaders in the Americas have swiftly and correctly condemned this transition, but they have failed to see a similar process underway in Guatemala.

In 2016, the National Unity for Hope political party (UNE) presented to Congress a proposal to change Guatemala’s constitution. The initiative was given to the UNE by the CICIG, a UN-created commission, with the participation of Ambassador Todd Robinson. The proposal would change the way judges and the attorney general are nominated. Currently, the nominating commissions include law-school deans, Bar Association members, and, to a lesser degree, members of the judiciary. The change would remove the deans and Bar Association members.

Members of the judiciary — stacked with socialist brethren of the Chavistas — would be able perpetuate themselves in power. They could dictate to the other branches of government and make them mere figureheads.

The Obama policy in Guatemala placed socialists in key government positions, where they persecuted legitimate authorities and protected criminal gangs, descendants of the Castro-supported guerrillas that fought the government (1960-1996). These gangs and government allies have spread lawlessness, destroyed businesses, degraded private property, and increased violence. The result has been a massive flow of migrants and drugs from and through Guatemala.

History Professor Carlos Sabino of Francisco Marroquín University says “The Venezuelan ambassador to Guatemala likewise encourages and supports groups that destabilize the country and impede productive activity, such as mines and hydroelectric plants. They’re the same groups that US Ambassador Robinson’s allies in government protect.”

The lawlessness and 595-mile porous border with Mexico makes Guatemala the gateway to the United States for illegal persons and drugs. Approval of the constitutional changes now in front of the Guatemalan Congress would guarantee that flow continues.

To pass the constitutional changes that favor the Castro-Maduro allies, CICIG Commissioner Iván Velásquez and Robinson have threatened criminal prosecution and US visa problems to intimidate opponents into submission.

Their desperation arose after the election of Donald Trump. Robinson and his allies fear that President Jimmy Morales, who has been compliant, would change policy and enforce the law if Trump were to request it. Since that has not happened, yet, the race to illegally change Guatemala’s constitution is on, with Obama’s holdover ambassador at the helm.

In response to Maduro’s gambit, a Guatemalan congressman presented a resolution lamenting that the Venezuelan government had held an “election for a constituent assembly incompatible with its own constitution.” The resolution failed, with every UNE congressman voting against it.

While the Trump administration was vigorously opposing Maduro’s move, Robinson’s allies in Guatemala voted unanimously in favor of it.

The UNE party isn’t just Robinson’s ally; it is the vehicle through which he pushes his and his allies’ legislative agenda. That legislation has in common the centralization of power and arbitrary decision making. Meanwhile, the CICIG and Justice Ministry prosecute corruption of past administrations, but barely touch the UNE government (2008-2012), despite very questionable actions.

Besides the deep-state pressure from State Department officials, some in the private sector also help keep the Obama policy under wraps. A nonprofit, for example, issued a report in English blaming narco traffickers for attacks on hydroelectric plants. However, a counter-narcotics expert in Guatemala, who requested anonymity, described that as “rubbish.” The foundation was covering for the Obama policy; the attacks were actually from the protected guerrilla-descendant groups.

The report’s authors also served on the Atlantic Council’s task force on the Northern Triangle (Guatemala, Honduras, and El Salvador). Influential with the US Congress and the administration, the Atlantic Council supports the Alliance for Prosperity, which provided $750 million in aid to the Northern Triangle to address the factors that create “migration of unaccompanied, undocumented minors.”

The terms of the Alliance (Sec. 7045), however, include “increasing the capacity and independence of the judiciary and the office of the Attorney General.” The constitutional changes presented and backed by the US ambassador, therefore, would violate Alliance terms and democratic principles.

The changes are a socialist power grab. Under this approach, Guatemala would join Maduro and his authoritarian allies Bolivia, Cuba, Ecuador, and Nicaragua.