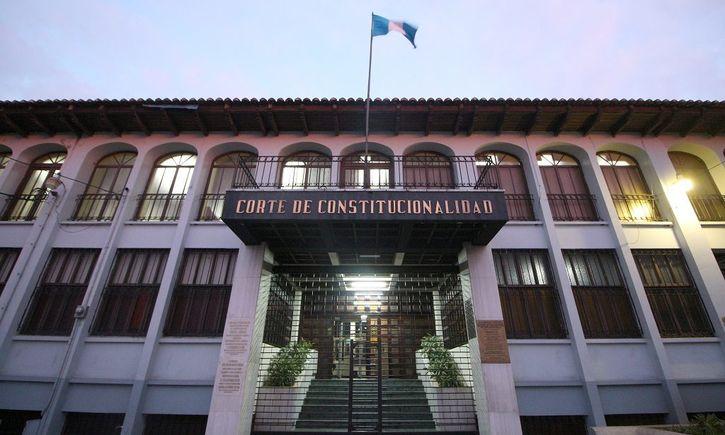 The illegitimate magistrates will undermine the US-Guatemala asylum agreement and fix the August 11 presidential election for socialist Sandra Torres. (CC.gob.gt)

Guatemala’s Constitutional Court (CC), the last word on judicial matters, has become central to the battle between President Donald Trump and Democrats regarding illegal immigration and for the 2020 election. CC magistrates have made illegal, political rulings favoring a socialist agenda with support from the US embassy and key Democrats since 2016.

The illegitimate magistrates will undermine the US-Guatemala asylum agreement and fix the August 11 presidential election for socialist Sandra Torres.

On July 18, the CC ordered Guatemala’s Congress not to debate a law. A congressional committee filed criminal charges against the three magistrates who issued the ruling, which was a violation of the separation of powers in article 141 of Guatemala’s constitution.

The immunity the CC magistrates enjoy from criminal prosecution can be removed by Congress. The Supreme Court is obligated by law to pass the complaint to Congress, which then votes to remove or not the accused’s immunity.

On August 2, the three accused magistrates filed a brief petitioning the Supreme Court not to send the complaint to Congress. The law prohibits the court from delving into the merits.

The CC magistrates allege the law holds they “cannot be prosecuted for opinions expressed in performances of their duties.” However, the same law also states, “Only clarification and amplification apply to resolutions of the Constitutional Court, but the magistrates who sign them are responsible under the law.”

Furthermore, article 154 of Guatemala’s constitution states, “Public function; subject to the law. Functionaries are depositaries of authority, legally responsible for their official conduct, subject to the law and never above it.”

By not delivering the complaint against the three CC magistrates to Congress, the Supreme Court would place them above the law and confirm Guatemala’s judicial dictatorship.

The US embassy and State Department have never criticized illegal CC rulings. Democrats have defended the CC.

The mass arrival of illegal migrants on the southern border with Mexico is a result of Democrat refusal to reform asylum laws, which economic migrants use as an open door. The US-Guatemala asylum agreement circumvents this obstructionism by permitting the Trump administration to deny asylum hearings to migrants having passed through Guatemala.

Guatemala held general elections on June 16. The US embassy had been fixing it since their candidate Torres lost to conservative President Jimmy Morales in 2015. The electoral authorities have mishandled the election and more than 2,000 complaints regarding it. The CC has confirmed their illegal rulings. The US embassy has supported both.

State Department permanent bureaucrats and Democrats oppose the asylum agreement and support Torres for president. They want to defeat Trump in 2020, which also means they want the flow of illegal migrants to continue. The CC is at their service. It will void the agreement and deny all challenges to the election, regardless of the law.

Trump can solve the crisis on our southern border, reduce illegal immigration, and give Guatemala a chance to develop and stay out of the Cuba, Venezuela, and Nicaragua bloc. However, Morales must act against the illegitimate CC and electoral-authority magistrates. Trump must understand and support this, with his own reelection hanging in the balance.