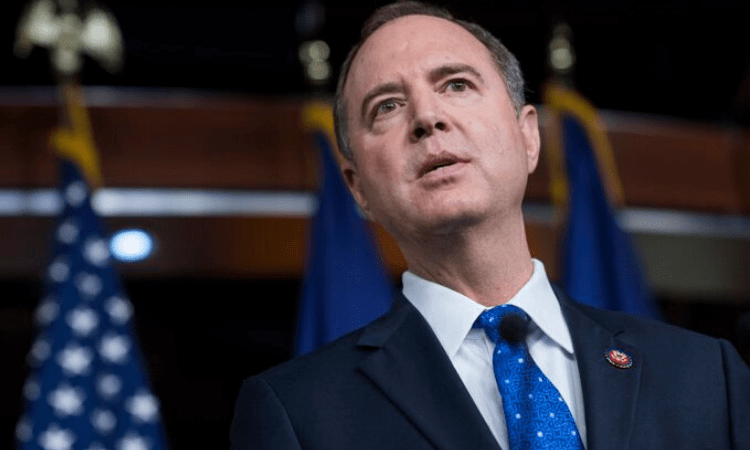 Representative Schiff, the Guatemalan system would give you no trouble at all. (Stocks News Feed)

You claimed President Donald Trump threatened you when he said “in Guatemala they handle things much tougher.” In fact, Guatemala’s now coopted judiciary exemplifies the lawlessness you want for America.

If Guatemala’s system were in the United States, the attorney general and Supreme Court would be threatening Republican senators with incarceration if they did not convict Trump. Noncompliant members would be sent to preventive detention for years without a trial. Meanwhile, corrupt media would support your position with a false narrative.

Playing fast and loose with the constitution, as you and your colleagues have done, would be completely fine with the masters of Guatemala’s judicial system. In their view, as in yours, the ends justify the means.

This is the reality of Guatemala today, where I have lived for more than 40 years. Many of your own colleagues—Representatives Eliot Engel (D-NY), Norma Torres (D-CA), and Senator Patrick Leahy (D-VT)—are protagonists in Guatemala’s subjugation. These Democrats work with like-minded State Department comrades who have abused US power to install socialists on Guatemala’s highest court and in the public prosecutor’s office.

Former Vice President Joe Biden has bragged that President Barack Obama charged him with making US policy toward Central America. In 2015, Biden publicly used the leverage of US aid to bludgeon Guatemala’s president into extending the mandate of the UN International Commission Against Impunity in Guatemala (CICIG).

The CICIG was a potent weapon. It incarcerated political targets without evidence and in violation of Guatemala’s constitution. Four months after former President Otto Pérez extended the CICIG, US Ambassador Todd Robinson used it to depose Pérez. More than four years later, the ex-president remains in preventive detention. Since 2017, thanks also to the CICIG and corrupt judiciary, Pérez’s attorney has been in jail with him.

In 2016, Robinson threatened members of Guatemala’s Congress with incarceration to force them to appoint a socialist to the highest court. Comrade Magistrate Gloria Porras won 145-6 in a process that grossly violated parliamentary procedure. Since then, Porras has used US embassy support to bludgeon magistrates into ruling according to the ambassador’s wishes.

The father of Guatemala’s present justice system, Fidel Castro, would be pleased. As you can see, Representative Schiff, the Guatemalan system would give you no trouble at all.

In 2017, Robinson tried to extort President Jimmy Morales—who had beaten Robinson’s socialist candidate in the 2015 election—by filing false charges against his son and brother. Guatemalans were emboldened to resist Robinson because they believed Trump would rein in State Department socialists.

Again, you can see you have nothing to fear from Guatemala.

The CICIG became a criminal organization with a globalist, socialist agenda. George Soros’s Open Society Foundations praised it as a model for other countries.

However, the Wall Street Journal reported the CICIG was conspiring with Vladimir Putin’s cronies, further confirmed by the US Helsinki Commission. Judicial Watch also reported the CICIG commissioner, a Colombian citizen, was aligned with the narco-terrorist FARC. Guatemalan civic groups issued a major report on the CICIG’s criminal behavior.

Morales expelled the CICIG from Guatemala. However, the Robinson high court remains, and it continues to dominate Guatemala. The magistrates assure control of rural Guatemala by the successors to Fidel Castro-supported guerrillas. By issuing highly publicized, illegal rulings that violate contract and private-property rights, the high court has dissuaded investment in Guatemala.

The most ardent defenders of the CICIG and the corrupt high-court magistrates are your fellow Democrats and their socialist State Department and media comrades. They have issued numerous statements, resolutions, and reports in favor of the court and the CICIG, while opposing Guatemala’s conservative president.

Nancy Pelosi (D-CA) visited Guatemala on August 8, three days before the presidential runoff election. She and Arreaga appeared in photos with corrupt judges, a clear message of support for the socialist candidate and the authorities who were poised to steal the election.

You despise Trump because he represents traditional American values. In contrast to Democrats, Trump is inclusive. To him, there is only one America in which all individuals are equal before the Creator and the law. Trump is an existential threat to your agenda because he promotes individualism, anathema to your collectivism. Therefore, you defame him by calling him exactly what you are.

You and your Democrat and media comrades are trying to do the same at home as they have done in Guatemala. You divide our society by trafficking in lies, hatred, and racism. Since you cannot win legitimately, you violate rules and commit crimes to impose yourselves on the rest of us. You see the Constitution, especially individual rights and due process, as an obstacle to a Democrat one-party state.

As a resistance leader in your party’s attempted revolution, you falsely accuse Trump of doing what you do. The threat is not his against you; it is yours against him. If we are to maintain our traditions and values, we must defeat your lies, propaganda, and subversion.