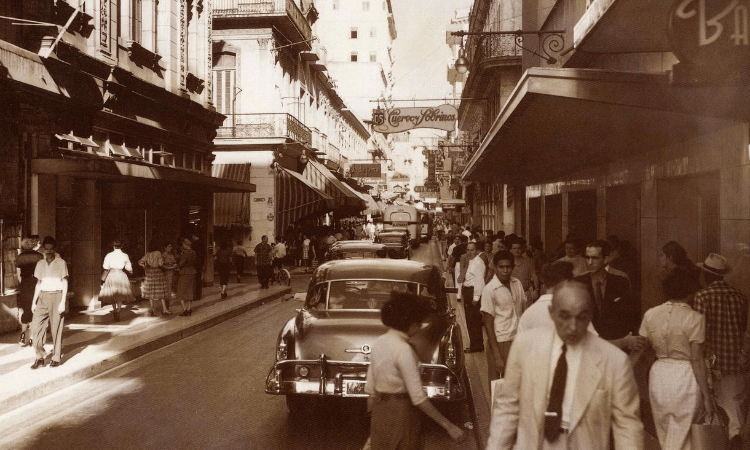 Under the Caribbean sky, thousands of people were watching you and you didn’t see any of them – even if you had a vague sensation of being watched.

The watchers looked like everyday people in everyday clothes: young men in sports coats; two-hour women dressed like senators’ wives; medical doctors in scrubs, bus drivers in uniform; professors or beach-combers, dressing as they liked; peanut vendors or local characters, every one a reassuring sight.

They worked wherever you worked; in offices or hospitals, on baseball teams or prison crews, at nightclubs or psychiatric wards; each of them distinct but with a signal commonality. Unbeknownst to you or almost anyone, the watchers were serving as agents of the revolutionary regime.

They saw themselves as citizens of the world’s most advanced society. A pair of years earlier, their country had made a revolution inside the United States; for they, the people of Cuba, were American in all but name. But the US had answered their revolution by sending a so-called volunteer army of Cubans to topple it.

Against this attack the island nation had mustered a unique defense: it had used a people’s army to beat back the invasion and humiliate the superpower. Its leaders also wielded a superb counterintelligence, with methods lent by Soviet spy agencies.

In the history of modern warfare, no adversary had given America such a drubbing; not the British Empire, not the Spanish Empire, not the Nazi behemoth or the land of the Rising Sun. And yet the tiny island nation, armed with little more than a newfound belief in itself, had done to America what those mighty powers had failed to do.

In an instant, Cuba was the mouse that roared. Its victory over the United States inspired awe throughout the hemisphere. Other nations turned to Cuba for help and advice. The Caribbean champion was quickly promoted to the front rank of global powers.

With all their success, Cuba’s rulers poured on still more vigilance. The revolution was not out of danger. America was plotting a return engagement; while the new regime was facing enemies inside the country who were trying even harder to bring down the house.

The following narrative is taken from recollections by Adolfo Rivero, who at age twenty-six was a senior official of Cuba’s Communist Party and a leader of the regime’s youth organizations.

Havana, late summer 1961. I was about to leave Rebel Youth headquarters when I was told that two comrades wished to see me. It was odd because I didn’t have office visits from strangers. In my work I dealt with Party officials and Party matters only. Anyone else wanting to raise a subject with me would have to contact the Party; and if I had to answer for anything, it would be a Party cadre who came and spoke with me.

Clearly the two comrades were exempt from those protocols. They wore civilian clothing. At a glance they appeared to be ordinary citizens, but their seriousness and their manner of looking at me showed that they were not quite ordinary.

They introduced themselves as being from State Security. They told me they were my brother’s interrogators. No further identification was given and none was necessary.

One of them, the senior agent, carried the burden of conversation. He was tall, thin, and tired. He didn’t waste words. He said they needed my help in dealing with my brother.

“I feel sorry for you guys,” I told them. “You’ve got a tough customer there.” They gave a laugh of recognition; we knew we were talking about the same man.

I explained that my brother had fought against Batista’s regime but in a group of bourgeois revolutionaries, the so-called Triple-A – people who didn’t care for social reform and were only out for personal glory. My brother had wasted his energies with those fakes. If he had worked with Fidel he would have had contact with the peasant movement; or if he had worked with communists he would have learned about workers and the urban poor. But he rejected communism, and when the revolution came to power he rejected the leadership of Fidel. Worse than anything, he asked for help from the CIA and turned himself into an enemy agent. Those were the terrible choices that had led to his arrest.

I had little sympathy for that idea. Courage in a poor cause is nothing to admire. “To my brother, danger is a sport,” I replied.

The senior man smiled and said, “He is very intelligent. We have been talking with him for many hours. He says he can reach Kennedy personally and mediate an agreement between Cuba and the US. Is it trustworthy, what he says? How would you evaluate it?”

“My brother worships honor,” I said with energy. “But that is not the issue. The issue is that my brother is a CIA agent. What agreement can possibly exist between the CIA and the revolution?”

The agents looked at me without uttering a word. Finally the senior man asked: “In your opinion, what should we do?”

I answered without blinking. “The revolution can have no deal with my brother – not now and not in the future. I believe you should execute him before a firing squad.”

The senior man and I stood looking into each other’s eyes. It seemed to me that for an instant he couldn’t meet my gaze.

“Thanks,” he said. “We will see each other again soon.”

We shook hands and they left. They never came back. For 27 years I spoke with no one about this conversation, except with my comrade César Gómez a few days afterward.

“You did right,” my closest friend told me. “I would have done the same.”