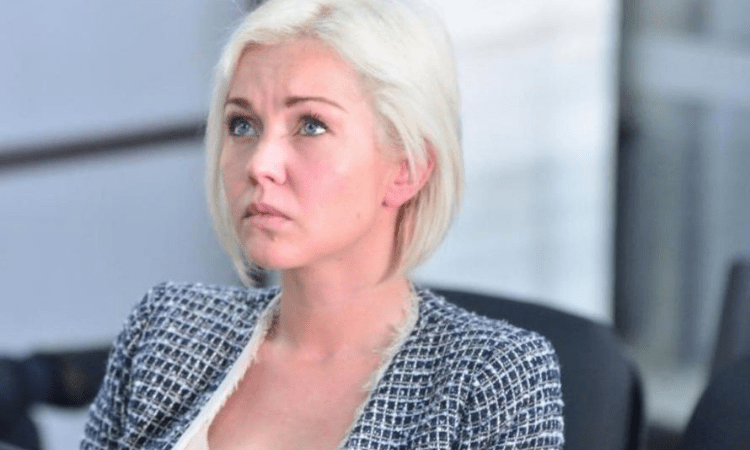 Anastasia Bitkov and her mother Irina, who fled Russian persecution, were sentenced to 14 years in prison. (Irina Bitkov)

A Guatemalan appeals court recently confirmed a 14-year jail sentence for Irina Bitkov and her daughter Anastasia. The Bitkovs, refugees from Russia, thought their persecution had ended in 2018. They did not realize Vladimir Putin’s regime had hooked into a US-embassy conspiracy to force the successors of the Fidel Castro-supported guerrilla and their allies onto Guatemala.

After living a nightmare in their native Russia in 2007, because they refused to surrender their business to Putin’s gangsters, the Bitkov family fled to Guatemala in 2009. By 2015, Putin’s henchmen had arranged for the International Commission Against Impunity in Guatemala (CICIG) to continue persecution of the Bitkovs with charges over their immigration process.

The media and NGO wings of the international socialist movement routinely create narratives diametrically opposed to the truth. The CICIG was a classic example. Purportedly created to fight impunity, the CICIG became a criminal battering ram for its indispensable political and financial supporter—the Obama administration—to impose socialism on Guatemala. The CICIG was also a natural partner for Putin’s henchmen.

The Prevention of Torture Office in Guatemala found that judges Yassmin Barrios and Erika Aifan had violated Igor Bitkov’s human rights while he was in preventive detention. Former First Lady Michelle Obama bestowed a Women of Courage award on Barrios, a nod to her socialist inclinations. Barrios and Aifan, both often promoted by US Ambassador Luis Arreaga, flanked House Speaker Nancy Pelosi in a photo at Arreaga’s residence.

In 2018, the Bitkov case made international news. The US Helsinki Commission scheduled a hearing, and the Wall Street Journal and National Review linked the CICIG and Putin to persecution of the Bitkovs. Judicial Watch reported Colombian CICIG Commissioner Iván Velásquez was aligned with “the FARC, the violent Marxist guerrilla.” The cabal—the CICIG, the Constitutional Court (CC), and Arreaga—feared exposure for the first time.

An appeals court ruled the Palermo Convention applied to the Bitkovs, as migrants. The CICIG had appealed to the CC. Two days before the scheduled Helsinki Commission hearing, in an unsuccessful feint to cancel it, the CC upheld the appeals court ruling, effectively ending the Bitkov case.

Subsequently, however, Aifan disobeyed the CC order and illegally ordered a new trial. Despite this triggering an ipso facto legal imperative for Aifan’s automatic removal from her post, the CC stunningly, in a broad-daylight assault on the law, confirmed the new trial.

The few prior reports of CICIG criminality had received little publicity from corrupt local and international media. This changed because of the Bitkov case, and then the Jimmy Morales administration expelled the CICIG in January 2019. Arreaga intensified his efforts against Morales, including sacrificing counternarcotic efforts, to pressure Morales to reinstate the CICIG.

The CICIG mandate officially expired on September 3, 2019. Without it, the casual observer might imagine the case against the Bitkovs would end.

However, the conspirators had to protect the CICIG and themselves from discovery of their crimes. Exposure could provoke the collapse of their political agenda. Arreaga, the lynchpin of the conspiracy, is invulnerable in Guatemala but not at home. Exposure in the United States of the criminal conspiracy could have serious personal consequences for him.

Arreaga and his conspirators have been reconstructing the CICIG inside the government. They already have the CC and the Public Prosecutor Office through control of the special branch against impunity (FECI), run by Juan Franciso Sandoval. Sandoval leads the case against the Bitkovs, and with Arreaga’s protection he is not subject to orders from his nominal boss, the public prosecutor.

To imprison political opponents regardless of evidence or law and to protect co-conspirators, as they did with the CICIG, the cabal must also control the police and the Supreme Court (CSJ).

After former President Jimmy Morales fired the minister of interior and his team forced on Morales by the embassy, Arreaga arranged for them to work for the State Department. Two years later, he had them placed in the new government, including in the police. Despite not meeting the criteria for their posts, making their appointments illegal, Arreaga publicly congratulated them.

The CSJ has proved more difficult. In 2019, the CC illegally delayed appointments of new magistrates to wait for what they thought would be a friendlier congress. Still unable to ram their comrades onto the CSJ in 2020, the CC issued illegal orders the FECI complied with to eliminate some candidates and include favored comrades. Congress and the CSJ are resisting.

Arreaga’s team has begged the US Congress to intervene, claiming the Guatemalan Congress is corrupt and the CC is pure. A group of Guatemalan civic organizations and individuals have told the US Congress the opposite is true. They request an investigation of US actions in Guatemala over the last decade.

The Arreaga team and their opposition group agree on one thing: Guatemala is important for the United States. US law and policy makers should hold a public hearing to establish the facts. Guatemala needs development. The United States needs Guatemala’s help to reduce the flow of illegal migrants and drugs. The actions needed for both goals are the same: apply the law.

The persecution of the Bitkovs continues with gross violations of due process. The current environment precludes the law being properly applied to the Bitkovs. Their fate—along with that of other victims of revolutionary justice—rests on the rule of law being established in Guatemala.