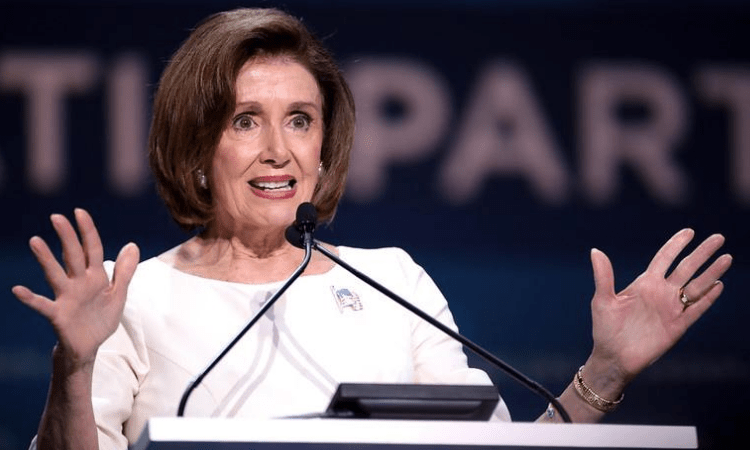 Democrats and their media and official partners are trying to do at home what they have done in Guatemala. (Gage Skidmore)

Ken Timmerman’s new book, Election Heist, is a riveting story about amoral people stealing the 2020 election. The book’s fictional Democrats, media, and government officials demonstrate a rejection of the law, the Constitution, and the will of the electorate.

However, the group’s amorality is not fiction. They stole the 2019 congressional elections in Guatemala and will not hesitate for a moment to do it at home this year.

In the book, Democrat electoral fraudster T. Claudius Granger manages a brilliant scheme to compromise the software of vote-tallying machines. The vote totals for Democrats far exceed that of the paper ballots. Any attempt to examine the “patches” that alter the tallies automatically erases the trail of deceit.

Granger’s IT fixer Navid Chaudry sets the machines to assure a margin of victory that will not trigger an automatic recount. Further, if the authorities were to perform a recount and reinsert the ballots into the machines, they would return the same altered result.

In Florida, the key to the election with its 29 electoral college votes, and in a Maryland congressional district, perceptive political observers and computer-savvy people notice anomalies. Motivated to maintain public trust in the performance of their duties, the courageous and thoughtful electoral officials push for recounts with machines from other locations.

Their efforts to investigate and to provoke recounts meet resistance from corrupt media, FBI, and electoral and judiciary officials. They favor Democrats regardless of the crimes necessary for them to win. The Democrat blob pushes to certify the fraudulent results and stop or run out the clock on the recounts.

Granger arranges for phony rape charges to be filed against the Florida secretary of state’s husband for events 20 years earlier. She refuses to buckle and—with the Republican governor of Florida and a judge who properly applies the law—the recount proceeds.

Fictional stories tend to have happy endings. The real world is often different. The corrupt officials, including US diplomats who committed many crimes in Guatemala’s 2019 election, are still beyond the reach of the law.

The Barack Obama policy in Guatemala, with Joe Biden as point man, was to impose the successors of the Fidel Castro-supported terrorists on the country. Unable to cancel Guatemala’s 2015 election, they attempted to fix it for a socialist candidate. After failing, they began to plan to fix the 2019 election.

Biden’s battering ram was a criminal UN anti-impunity commission (CICIG). He leveraged $1 billion in aid to get Guatemala’s former president to extend the commission. The US ambassador used the CICIG to take over criminal prosecution, the judiciary, and the electoral authority. Disregarding US, Guatemalan, and international law, the Biden team created every advantage for socialists.

The next ambassador, betraying President Donald Trump, continued the Obama policy, including the effort to fix the June 16, 2019, election. Despite more than 2,000 complaints, the corrupt prosecutorial, judicial, and electoral authorities rejected demands to open the boxes containing the paper ballots. Unlike the principled fictional characters in Election Heist, Guatemala’s authorities certified the election based on fraudulent software.

Democrats and their media and official partners are trying to do at home what they have done in Guatemala. The United States has more limits on abuses of power than Guatemala. We must use all legal tools available to protect the integrity of our elections from Democrats (or anyone else) willing to do anything necessary to impose their socialist ideology on us.

Democrats have distorted COVID-19 for political ends. They and their media partners are furiously pushing for the post office to mail millions of ballots to inaccurate lists of voters. This would either fix the election for Democrats, whose operational wing is prepared to do it, or confuse and paralyze the country with an inconclusive election.

Anthony Fauci, longtime director of the National Institute of Allergy and Infectious Diseases, has said there is no reason we cannot safely vote in person. Ken Timmerman’s fictional characters reflect real life in Guatemala. His account warns us to object to any vote by mail that is not already authorized by law and requested by the individual voter.