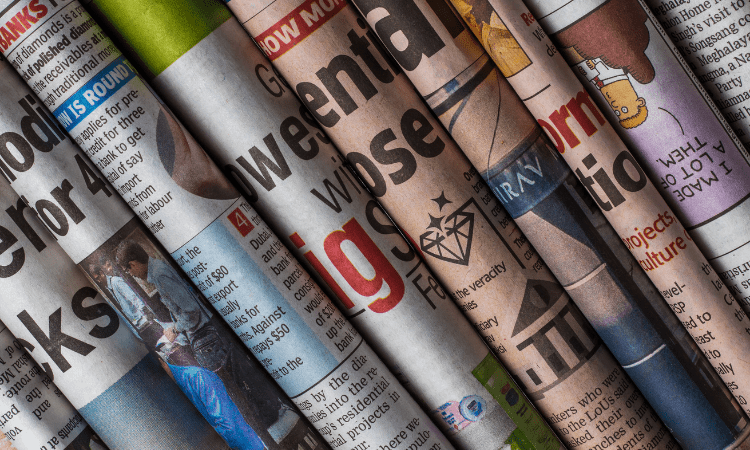 Many Americans understand the legacy media are biased. It is much worse: they execute an anti-liberty agenda. (Pxhere)

Many Americans understand the legacy media are biased. It is much worse: they execute an anti-liberty agenda.

In the last six years, the legacy media have been doing to the United States what they have done to Latin America for decades. Living in Guatemala since 1972, I have watched the legacy media help Fidel Castro’s violent insurgents by suppressing truth and repeating communist propaganda and lies.

After the fall of the Soviet Union, Fidel Castro created the São Paolo Forum to change strategy from armed to internal subversion. The new communists focused on penetrating and controlling target countries’ criminal-justice systems. Once inside, the communists persecuted enemies and protected allies. That is why Latin Americans immediately understand Merrick Garland’s persecution of anyone remotely connected to the January 6 event and the pass he gives to Black Lives Matter and Antifa rioters.

The legacy media are part of the politicization of justice. Communist operatives have local and international networks of NGOs and media in many countries, including the United States, for when they need help.

Guatemala provides classic examples. When former General Otto Pérez won the Guatemalan presidency in 2011, the communist network reacted immediately. The legacy media pumped out stories linking Pérez to the death of guerrilla Efraín Bámaca, whom US lawyer and guerrilla Jennifer Harbury claimed to have married. Communist media allies, having amply covered the Harbury-Bámaca story in 1995, revived it to intimidate Pérez to cooperate with their agenda.

The fact that Pérez’s involvement in the episode was at most tenuous was irrelevant. The media and foreign embassies bombarded Pérez with accusations regarding Bámaca. Their underlying message was that if Pérez did not accede to their demands they would make his life miserable.

Pérez had cause to fire her, but he acceded to media and US pressure and kept Paz y Paz in her post. All mention of Bámaca, even from Harbury, ceased and never resurfaced.

Despite her various public crimes, the State Department (DOS) and media pressured for Paz y Paz’s reappointment when her term expired in 2014. Pérez instead appointed Thelma Aldana. Acting as Obama’s point man, Biden then leveraged $1 billion yearly for five years of US taxpayer money and bludgeoned Pérez to extend the CICIG, a criminal but self-described anti-impunity UN commission.

Pérez again acceded. However, four months later in September 2015, co-opted by DOS, Aldana jailed him. Since then, Pérez has been in jail, and his trial began last month.

Despite DOS and media pressure, Aldana’s crimes prevented her reappointment in 2018. Kamala Harris hailed Aldana and Paz y Paz at the White House as “fighters for justice.”

DOS intimidated Guatemala’s constitutionally mandated nominating commission to name six finalists from which the president chose Consuelo Porras as Aldana’s successor. DOS is rabid because Porras has correctly applied the law to DOS agents who have committed crimes as judges and prosecutors. Porras’s term expires on May 14, and she is a candidate for reappointment.

Despite working better with US security agencies than Paz y Paz and Aldana, DOS put Porras on the so-called Engel list of corrupt actors, which includes cancellation of her US visa. Civic organizations and individuals have denounced US embassy intimidation of nominating commission members.

The commission’s actions are consistent with embassy intimidation, exhibited by the inclusion of unconstitutional requirements for aspirants to succeed Porras. These illegal requirements permit the exclusion of candidates DOS opposes. Aldana has called for the commission to exclude Porras, for example, for being on the Engel list.

DOS and its local allies—desperate to retake control of Guatemala’s prosecution—have called on their network of media allies again. Like clockwork, the Washington Post (twice), El Faro of El Salvador, and the Latin American Risk Report in February published the usual propaganda and lies about their heroes and enemies.

The Washington Post defended DOS Judge Erika Aifán as a courageous fighter against corruption and attacked all her detractors as corrupt. Aifán, protected and honored by DOS, has a long record of criminal rulings and has illegally kept DOS political opponents in jail for years.

El Faro attacked President Alejandro Giammattei for purportedly taking bribes to finance his 2019 campaign. They failed to mention that the only witness in the case retracted his testimony. The witness said Aifán and former prosecutor Juan Francisco Sandoval, also honored by DOS, had coerced his testimony.

The point of these attacks is less to protect their people than to send a message to Giammattei and the nominating commission. If you do not act as the legacy media and DOS want, the comrades will crush you. They want Porras out and another Paz y Paz or Aldana type in.

The commissioners and Giammattei would be smart to remember what the gang did to Pérez after he gave in to them. Americans should pay attention to how the same people are doing to us what they have been doing in Guatemala.