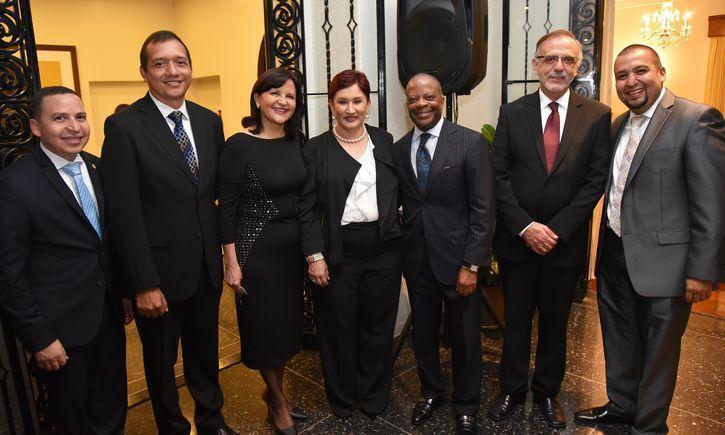 Guatemalan President Jimmy Morales and his globalist foes are on a collision course over whether the country will have collectivism or a chance for liberty and development. There is no space for compromise, and the United States, with a large interest, can determine the outcome.

Three days after Morales announced he would not renew the mandate of the UN Anti-Impunity Commission (CICIG), its commissioner Iván Velásquez left the country for Washington, DC. The following day, Morales instructed authorities to deny him entry into Guatemala.

George Soros’s Open Society Foundations and other CICIG supporters immediately and erroneously called Morales’s order illegal and insisted on protecting the commission indispensable to their agenda.

Through his spokesman, UN Secretary-General António Guterres, in violation of international law, stated his support for the CICIG and asked Velásquez to “continue at the helm … from outside Guatemala until there is more clarity.” On cue, Guatemala’s human-rights ombudsman, acting outside his mandate, filed an illegal motion with the Constitutional Court to overturn the president’s order.

For the local and international branches of the unholy alliance, which include US State Department officials, the law is irrelevant. Politics is what matters. The Guatemalan high court has continuously ruled against political enemies, including businesses, causing suffering and large losses to the economy and nation’s tax receipts.

A report by four civic organizations describes how the CICIG routinely violates Guatemala’s constitution. It jails people and keeps them there for years with fabricated evidence or no evidence at all. The CICIG’s intimidation derives from its arbitrary control of the criminal-justice system. It has coerced false testimony against political targets, votes in Congress, and illegal judicial rulings.

Local media do not report what the CICIG prefers to hide. Meanwhile, people of means are afraid to contribute to civic or political causes the CICIG opposes.

The CICIG then became more aggressive, prompting Morales’s recent actions. The issue is the same now: the president’s clear constitutional authority regarding foreign relations. He can deny entry into the country for any foreigner, including diplomats, regardless of any contract or visa the individual might hold.

The stakes for the unholy alliance are too high for them to obey the rule of law. They must act to save Velásquez, not only for his ability to intimidate opponents and steal the 2019 elections, but to maintain their power now. Once targets begin to doubt his arbitrary authority, they will rebel, and the entire alliance structure will collapse.

If Morales were to apply the law, many of the alliance’s notorious hanging judges and other officials, past and present, would face probes and prosecutions or exile. For this reason alone, they cannot fail to act against him.

The United States has an important stake in this matter. Guatemala is the key country in the land route for illegal migrants and drugs to the United States. Morales has cooperated with efforts to lessen the flow, but President Donald Trump and Secretary of State Mike Pompeo, being too busy, have delegated Central America policy to globalist foreign-service officers who have undermined them.

The State Department has been the CICIG’s most vocal advocate, spreading false stories about Morales being corrupt. If that were true, they and Velásquez, desperate to remove Morales from office, would have already acted on the information.

The US embassy has also been an outspoken CICIG and Velásquez supporter. It has held back certifications and harmed counter-narcotics efforts, as part of a strategy to pressure Morales to appoint a CICIG-approved justice minister and to support the UN commission.

Pompeo tweeted US support for Morales and called him to back a “reformed [CICIG].” What Pompeo doesn’t realize is that the unholy alliance’s support for guerrilla successor groups that dominate border areas has catalyzed more narcotics flows than US-Morales efforts have impeded.

If the high court illegally overturns Morales’s order barring entry for Velásquez, as it must to maintain the collectivist alliance’s impunity, Morales will have three choices: (1) he can acquiesce, and the unholy alliance wins; (2) he can declare the order unconstitutional and refuse to obey it; or (3) he can cancel the CICIG agreement and order the commission to leave the country immediately.

In his August 31 press briefing, Morales referred to the article of Guatemala’s constitution that states that illegal orders need not be obeyed. He was perhaps anticipating a confrontation with the rogue judiciary to bring law and prosperity to his country.

This time Morales must bring the confrontation to a conclusion. To give economic development a chance—the only way to reduce illegal migrants and drugs from and through Guatemala—Trump and Pompeo must support Morales and assure that their subordinates carry out their policies.