US Must Support Guatemala against Criminal CICIG, Not Send Mixed Messages
Skip to content 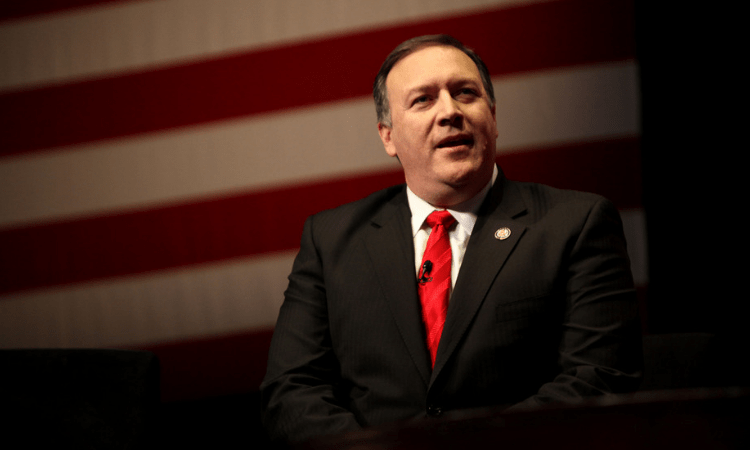 It would be risky for State Department Secretary Mike Pompeo to dismiss CICIG critics. (Gage Skidmore)

Acting Assistant Secretary for Legislative Affairs Charles S. Faulkner replied to a September 7 letter from Representative Eliot Engel (D-NY) regarding the CICIG. Faulkner’s letter opines the “US government must continue its public support for a reformed CICIG.” It says your department is “discussing with the United Nations reforms related to increased oversight and accountability for CICIG.”

The CICIG signed an illegal agreement with Guatemala’s Supreme Electoral Tribunal, where it now maintains an office. CICIG will monitor financial contributions to and electoral communications by political parties.

There are compelling reasons that prompted the State Department to discuss reforms for increased oversight and accountability. The grounds are sufficient for not wanting the CICIG to have a critical role in the elections. The CICIG has already intimidated a critical part of the civil society away from participating in the elections.

The Faulkner letter refers to the US interest in “combating the high levels of corruption … that contribute to insecurity, hinder economic growth, and drive illegal immigration to the United States.” The CICIG is the main driver of corruption, economic contraction, and the flow of illegal migrants and narcotics. Naturally, its advocates reject this assertion, but considering the CICIG has no oversight nor accountability, it would be risky for you to dismiss CICIG critics.

If CICIG critics are correct and you do nothing, you risk an adversarial administration and a worse economic and security situation. You would lose the opportunity Guatemala offers—with a competent, friendly incoming administration—to significantly increase security and reduce the flow of illegal migrants and narcotics from and through Guatemala.

Congressional hearings, the Wall Street Journal, and Judicial Watch have all documented CICIG criminality and collectivist loyalties. I have written extensively on these problems. Four civic organizations published a report on the CICIG’s history, actions, and inactions. The CICIG, working closely with the Guatemalan Constitutional Court, has become what it was created to eliminate.

Former Ambassador Todd Robinson violated the law in pressuring Guatemalan institutions regarding appointments to the high court. He alone is responsible for the appointment of strongwoman magistrate Gloria Porras, who dominates the court and, according to constitutional law experts, has issued numerous illegal rulings. She and CICIG Commissioner Iván Velásquez work closely together. They imprison political opponents without evidence and in violation of due process.

President Morales has documented CICIG criminal actions and violations of its mandate and has requested the United Nations name a new commissioner. He has acted according to the UN-Guatemala agreement that created the CICIG. That includes clause 10.1, which subjects the CICIG commissioner to the Vienna Convention on Diplomatic Relations. The United Nations has violated international law in not naming a new commissioner and keeping Velásquez as commissioner from outside Guatemala despite notification by the Guatemalan government that he is no longer acceptable.

The politics surrounding the CICIG are similar to the allegations of Trump-Russia collusion, the Hillary Clinton email scandal, and federal spying on the Trump campaign. Democrats only want to investigate Trump-Russia allegations, while they suppress any investigation, despite clear evidence of malfeasance by Obama administration officials, on the other two issues. Likewise, Democrats want to suppress any investigation and want you to support the CICIG based on their and leftist-media assertions.

The Trump administration has criticized the United Nations and has changed the US approach to it. Why should you accept on good faith that an unaccountable UN commission with no oversight, run by a Colombian with ties to terrorist anti-Americans, does what it claims?

Many of the people who still work for your department were involved in creating the policies that have led to the leftist domination of Guatemala. They have a vested interest in maintaining those policies and protecting their allies. Such policies were created under former President Barack Obama and have not been changed—lagging behind Trump administration reversals of other Obama policies.

There is ample evidence available to any impartial investigation to demonstrate that the CICIG employs illegal and immoral procedures that produce negative effects for the United States. To save Guatemala’s 2019 election from theft, the CICIG must go immediately. CICIG advocates are in the process of taking over Guatemala for their anti-US agenda.

President Morales has not acted consistently and forcefully enough against CICIG criminality. You should insist he expel the CICIG at once. It is already stealing the election for its allies. If successful, they will harm the economy and increase the flow of illegal migrants and drugs from and through Guatemala.