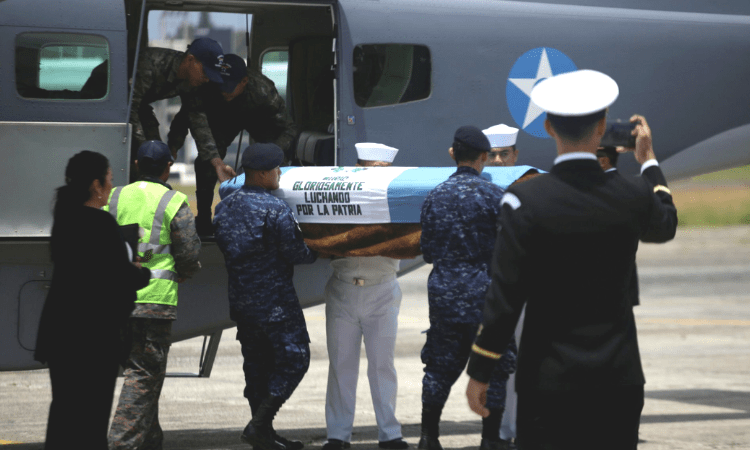 Only the military, with proper preparation, can counter the narcotraffickers in Guatemala. (Descifrando la Guerra)

On September 3, socialist-aligned gangs assassinated and mutilated three members of the Guatemalan armed forces. President Jimmy Morales declared a state of siege in the region and was a pallbearer for one of the soldiers.

Some observers blame narcotraffickers; others blame successors to Fidel Castro-supported guerrillas. The distinction is meaningless, since they both brought about this tragedy.

When then-President Barack Obama and Vice President Joe Biden changed US policy towards Cuba, they also sought to impose socialist political groups in Guatemala aligned with the communist regime. This protection continues today via State Department permanent bureaucrats, in betrayal of President Donald Trump and their country, and narcotraffickers take advantage of the lawlessness.

US and Guatemalan officials often point to counter-narcotic successes to praise themselves. However, La Hora reported an estimated 1,400 tons of cocaine passed through Guatemala in 2017, of which 13.6 tons were intercepted—less than 1 percent of the total.

Venezuela has become an open storage and transit point for narcotics, without the profits from which the Maduro regime could not survive. Drugs go from there to Honduras and Guatemala on their way to Mexico and the United States.

Since the 1996 peace accords, the central government has abandoned Guatemala’s rural areas. Meanwhile, guerrillas morphed into NGOs operating in the abandoned areas, especially on the borders. Local law enforcement limited former-guerrilla activities, but that changed after Obama and Biden took office.

Part of the Obama-Biden-guerrilla agenda was to debilitate Guatemala’s security forces. The new attorney general persecuted her own prosecutors, police, and army for properly performing their duties in cases involving guerrilla successors.

With such blatant criminality, even US pressure was insufficient to get Paz y Paz a second term. The Obama-Biden-guerrilla group had to co-opt new Attorney General Thelma Aldana in 2014. Biden did this by pressuring then president Otto Pérez Molina into extending the mandate of the UN International Commission Against Impunity in Guatemala (CICIG).

Aldana had two choices: go to jail or cooperate. She sided with Uncle Joe and the CICIG.

The US embassy and its battering-ram CICIG took over the public prosecutor’s office and the judiciary. The CICIG sent their targets to jail without evidence and in violation of the law. The CICIG protected guerrilla successor groups and demonstrated the corruption it was supposed to eliminate. The State Department called the guerrilla successor groups human-rights activists and parroted guerrilla lies to the world.

The American Chamber of Commerce in Guatemala issued a statement regarding the shutdown of hydroelectric plants by the high court pursuant to a phony claim by a guerrilla successor group: “As a direct result … more than 445,000 jobs and $780 million in annual tax revenues are at risk… We are in a period of radical ideological movements by social-conflict groups … that do not show they legitimately or democratically represent the communities.”

US diplomats could never directly and overtly support narcotrafficking. But their policy of imposing socialists on Guatemala has exacerbated lawlessness throughout the country, which has facilitated narcotrafficking.

State Department personnel include professional diplomats and bureaucrats, experts at manipulation. They successfully kept Morales and Trump apart by creating phony charges against Morales and warning Trump that Morales was corrupt.

Guatemala is under attack from guerrilla successors, US diplomats, progressive media, and US Democrats. It would be nearly impossible for the Guatemalan government by itself to win this war. It needs help.

Trump is the perfect president for Guatemala’s needs, since he is under attack by the same forces. However, Morales and Trump have not joined against their mutual enemies.

President-Elect Giammattei cannot accomplish any of his stated development goals without having a close working relationship with Trump. Working together, they could develop Guatemala by properly applying the law. Rescuing rural inhabitants from guerrilla successors and creating security and opportunity would significantly reduce the flow of illegal migrants and drugs, a big win for both countries.