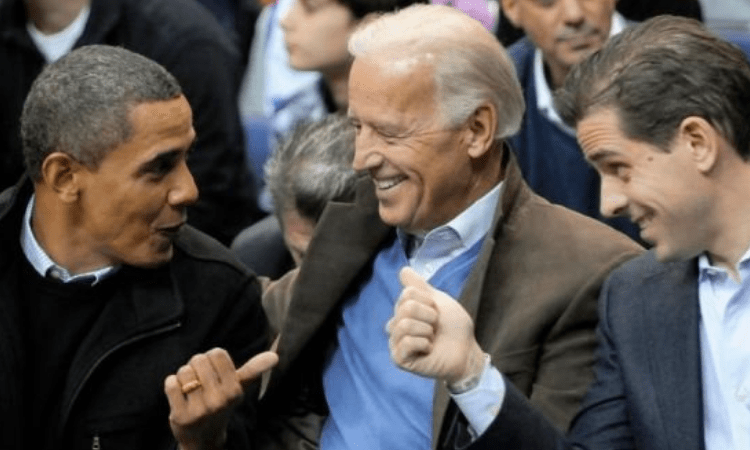 To appreciate Biden’s tactics in Guatemala to support the far left, look to Ukraine. (Hunter Biden)

President Donald Trump and his personal attorney, Rudy Giuliani, say former Vice President Joe Biden abused power by using US aid to have Ukraine’s attorney general fired. Giuliani: “[Former President Barack] Obama let this happen … Any honest president would have called his vice president in and said Joe, what are you doing? I sent you there to straighten out corruption, and you have your son … getting millions from a crook.”

Obama could not question Biden’s abuse of power because it was integral to his administration’s foreign policy. A glaring example is Guatemala.

In January 2015, Biden wrote in a New York Times op-ed: “Obama had asked me to lead this new effort” in Central America. Biden did so with a heavy hand. His support of socialists in Guatemala—where I live—has increased lawlessness, especially in rural areas on the Mexico border. That has led to more illegal immigrants and narcotics flowing through to the United States with ease.

Guatemala is the key country for the United States in Central America because it is the only land route from Central and South America into Mexico, sharing a porous 595-mile border. Once in Mexico, migrants and smugglers easily go through the failed country and arrive at the US border.

To appreciate Biden’s tactics in Guatemala to support the far left, look to Ukraine where he used his office to help enrich his son and control the justice system.

A reporter asked Biden about his claim he had never spoken to his son Hunter about his foreign dealings, to which Biden replied: “You should be asking [Trump] the question. Why is he on the phone with a foreign leader? Trying to intimidate a foreign leader?”

Trump did not intimidate the Ukrainian president, but Biden can be seen on a video bragging about doing exactly that.

In Guatemala, Biden went much further. He visited three times during the final year of former President Otto Pérez’s tenure. On Biden’s third visit, he met alone with Pérez, with only one item on the agenda: extending the mandate of the UN International Commission Against Impunity in Guatemala (CICIG).

Pérez told Biden they had a “process for determining what the country feels it needs” and urged Biden not to give the appearance of ordering that the CICIG stay. Pérez recounted that Biden immediately told the press, “The CICIG is staying, period.”

Biden did this because the CICIG protected the descendants of the guerillas funded by Fidel Castro and his America Department in a 36-year armed conflict with the Guatemalan government. Once this ended in 1996, the guerrillas morphed into the backbone of socialist parties in Guatemala. The final runoff in each of the last two presidential elections included the socialist former guerrilla supported by the US embassy.

Biden was not alone supporting the socialists in Guatemala. Nancy Pelosi led a congressional delegation three days before the August presidential election to support the collectivist candidate. Her pick lost despite meddling and foul play by the US embassy, the electoral authority, and the high court.

The carrot Biden dangled was an annual $1 billion aid package for Guatemala, Honduras, and El Salvador known as the Alliance for Prosperity. Pérez says Biden made clear the condition for the aid was the “permanent presence” of the CICIG.

The CICIG’s stated purpose was to identify and dismantle clandestine security groups beyond the reach of the law. Instead, the CICIG became a tool of the US embassy that abused its diplomatic immunity to co-opt Guatemala’s justice system. Pérez recounted that Biden wanted him to help establish similar entities in El Salvador and Honduras.

The CICIG successfully pressured new Attorney General Thelma Aldana to execute their agenda, and they placed guerrilla-successor allies on the Constitutional Court, Guatemala’s last word on judicial matters. Controlling Aldana and her Attorney General Office removed the threat of prosecution for socialists in Guatemala, just as Biden’s meddling stopped a Ukrainian investigation into his son.

Helping his son afford another beach house is sleazy, maybe criminal, but it did not harm the United States as Biden’s actions did in Guatemala. The increased violence and decreased opportunity resulted in an increased flow of illegal migrants and drugs to the United States.

Biden responded to Giuliani’s and Trump’s accusations, “What I did in Ukraine was carry out the official policy of the United States government. We weren’t pressing Ukraine to get rid of a tough prosecutor. We were pursuing Ukraine to replace a weak prosecutor.”

Under Biden, the US policy was to place socialists in Guatemala’s government to do his bidding. The key post was the attorney general. Given this precedent, Biden’s explanation for his Ukraine activity does not pass the smell test.