High Court the Enemy of Guatemala’s Development
Skip to content 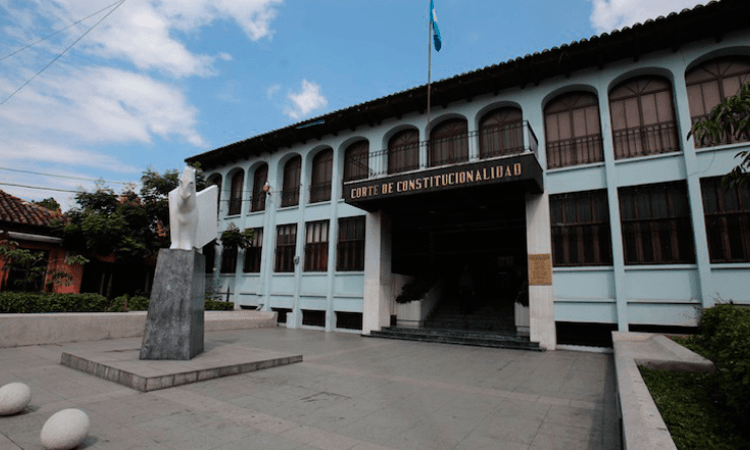 Guatemala’s Constitutional Court (CC) is voiding the country’s constitution its magistrates have sworn to uphold. The CC has subordinated the legislative and executive branches through illegal rulings and placed its three-magistrate majority above the law by squashing actions to confront its lawlessness. The CC violates human rights, decreases economic opportunity, and increases narcotics smuggling and illegal migration to the United States.

Various civic groups have detailed and criticized illegal CC rulings. The Center for Defense of the Constitution (Cedecon)—a nonprofit, apolitical association founded in 1992—is one of the most prestigious institutions in Guatemala. Its members and directors include constitutional-law specialists, and its president was elected to the International Commission on Human Rights. Cedecon has just published a 10,000-word report on the CC, which affirms crimes in the magistrates’ rulings.

President Donald Trump has changed rules in the United States and agreements with countries, including Guatemala, to fight abuse of asylum rules by economic migrants. Asylum claims at the southern border will now be processed outside the United States. This reduces the pull factor for economic migrants but has no relation to the push factors to which the CC contributes.

US policymakers know little about the CC takeover of Guatemala. Democrats, deep-state actors, and their media defend the CC, just as they defend criminality at home that furthers their collectivist political agenda against Trump and his supporters.

A report by the Washington Post on plans to send asylum seekers to Guatemala failed to explain the illegal high-court ruling that almost blocked the new asylum agreement. The Washington Post author says the CC initially ruled the executive branch had to submit the agreement to Congress but later left open the possibility of implementation without ratification. While not critical to the otherwise accurate report, the ruling’s mischaracterization assures the publication’s readers will not be alerted to the CC’s nefarious role.

The CC ruling was illegal because the parties requesting the injunction were not the affected parties and lacked standing. In Guatemala, injunction requests can only be filed against consummated acts, yet the agreement had not been signed. For both reasons, the CC should have immediately rejected the petition.

Article 171 of the Guatemalan Constitution lists six conditions that necessitate congressional ratification of international treaties and agreements. If none apply, the agreement does not require congressional ratification. Since the agreement had not yet been finalized for public dissemination, the CC had no way to know if any of the six conditions applied.

This CC ruling typifies the nefarious role of the US embassy and the resistance of the deep state and media to Trump. Not properly briefed on the ruling’s details, Trump stated incorrectly on July 16 that the CC had prohibited President Jimmy Morales from signing the agreement. The embassy in Guatemala knew the contents of the CC ruling and that it was illegal. They should have informed their president.

The embassy has not denounced any of the CC’s multiple illegal rulings. During the Obama administration, the embassy co-opted Guatemala’s judiciary and criminal prosecution to impose socialism on Guatemala. US Ambassador Luis Arreaga regularly meets with people who present illegal motions to the CC. This is how they and the CC majority arbitrarily rule the country. Arreaga even arranged for two judges with records of politically motivated violations of defendants’ rights to be photographed flanking Speaker of the House Nancy Pelosi during her August 8 visit to Guatemala.

The ambassador and some of his superiors were complicit in an attempt to deceive Trump into abandoning the agreement they opposed. After US and Guatemalan officials went ahead and signed, CC magistrates reversed the original ruling. That way they could avoid confronting Trump and having him discover their and Arreaga’s socialist takeover of Guatemala. Since then, the CC has continued to issue flagrantly illegal rulings with a socialist agenda, and Arreaga is still in his post.

President-Elect Alejandro Giammattei, who takes office in January, has promised to promote investment and security. Guatemala needs this to provide for its people, and the United States needs this as the only way to reduce the northward flow of illegal drugs and migrants. Investment and security will remain stalled so long as the CC is run by corrupt magistrates—coordinating with the US embassy for a socialist agenda. Giammattei and Trump should work together to bring law to Guatemala. A first step would be imposing Magnitsky sanctions on the corrupt CC magistrates.