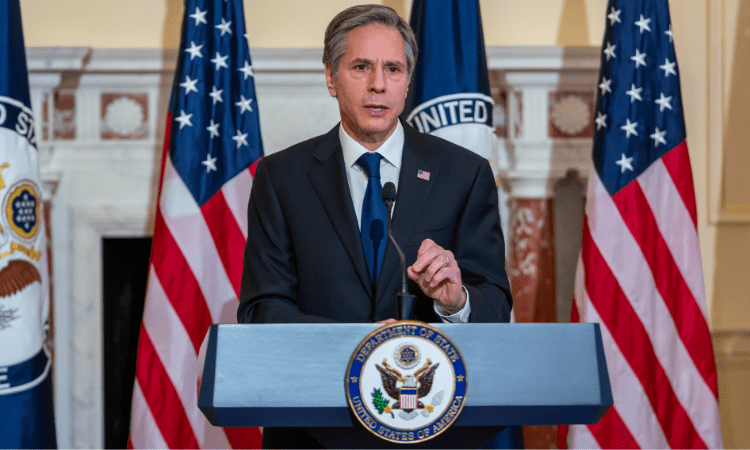 The State Department (DOS) is betraying the United States to hide its crimes in Guatemala. Its personnel are intent on stopping Prosecutor General (PG) Consuelo Porras’s reappointment for the 2022–2026 term. The DOS objective is to install someone from its local team to fool next year’s Republican Congress.

Porras’s ministry has filed criminal charges against an array of corrupt prosecutors and judges who acted in concert with the DOS socialist agenda. DOS has responded by falsely accusing Porras of persecuting anti-corruption prosecutors and judges. Evidence in the public domain supports Porras’s charges, and she likely has additional information from investigations that must remain sealed until trials begin.

The Fidel Castro-supported subversives signed peace accords in 1996, which ended their armed subversion. Unable to overthrow the government by arms, the terrorists changed to internal subversion. The subversives won the lottery in 2009 when the Obama-Biden administration began.

Working with the subversives, Barack Obama and Joe Biden took control of Guatemala’s prosecutor general in 2010 and added the court of last resort in 2016, both through criminal means. Biden was the point man in Guatemala. The DOS partners closed mines, hydroelectric plants, and large agribusiness. They also protected armed gangs descended from the guerillas that oppressed the country’s poorest, most defenseless people.

DOS controlled the selection process for prosecutor general in 2018. Porras’s tendency is to the left, but DOS underestimated her, and former President Jimmy Morales chose her. Porras has put the law above her personal positions.

In Sandoval’s absence, DOS openly took the lead. DOS’s highest officials aggressively and falsely criticized Porras. Then they sanctioned her under the US Northern Triangle Enhanced Engagement Act, commonly known as the Engel List. Porras learned of the sanctions through a DOS tweet.

DOS called Porras corrupt and revoked her US visa. Their nonexistent justification comes “from media and other sources.”

Porras says DOS is “blocking justice in Guatemala.” Ironically, other parts of the US government—Justice and DEA—have praised her and even given her awards. On March 18, 2022, the Treasury Department was able to add criminal cartel members to its sanctions list because of Porras’s effectiveness and cooperation.

Porras has twice offered through official channels to clarify the reasons for Sandoval’s dismissal. DOS has ignored her.

If DOS were to accept the offer, it would have proof of Sandoval’s criminality. DOS officials would then be accomplices if they were to remain silent. Claiming ignorance and berating Sandoval would lead to exposing DOS personnel’s crimes and an end to their Guatemala agenda. Charged with crimes, their corrupt judges and prosecutors would seek lesser penalties by testifying against DOS and local allies.

For these reasons, DOS is trying to intimidate Guatemala’s official nominating commission for prosecutor general. The commission will deliver to President Alejandro Giammattei a list of six candidates from which he must choose Porras’s successor. Porras is a candidate.

DOS uses agents to intimidate commission members. As a recent Impunity Observer report found, “The Rafael Landívar University rector has signaled to the commissioners that the US embassy will place on the Engel list those who do not vote for embassy-approved candidates and against Porras.” The university’s law-school dean is a member of the commission along with the deans from Guatemala’s other 11 law schools.

DOS has in the past intimidated Guatemala’s private sector leaders to refrain from participating in politics and public policy. That is no longer sufficient. DOS’s recent actions seek to motivate business leaders to influence the commission to keep Porras off the final list of six.

DOS agents have presented complaints to the commission asking them to eliminate Porras because of DOS sanctions. They have also alleged she plagiarized her doctoral thesis. The human-rights ombudsman and the university that granted her doctorate had both debunked the charge.

All pressure will shift to Giammattei if Porras is on the list of six, and DOS media partners have already spread awful rumors about him. He should be aware that DOS and its allies have betrayed others before him.

Fifteen Guatemalan organizations reaching half the country’s people have petitioned the commission for a professional process free from foreign influence. They are, in large part, responding to a rogue DOS.

Its top officials are likely unaware of their personnel’s criminal activity. However, our government cannot function pursuant to the Constitution if federal bureaucrats are able to act like this without consequences. Congress must investigate and bring accountability.