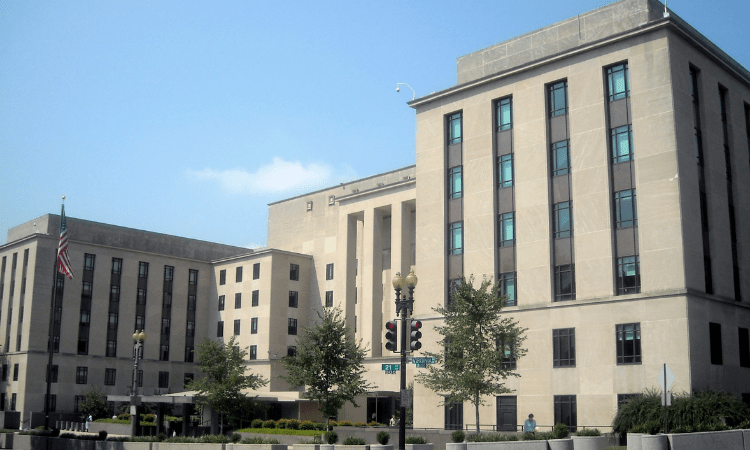 US State Department would like to have another Claudia Paz y Paz or Thelma Aldana succeed Consuelo Porras. (Wikimedia)

The so-called Engel list has taken the place of the CICIG as the US State Department’s (DOS) battering ram to intimidate its targets into acceding to its criminal agenda. DOS is using the law behind the list and other nefarious methods to block the reappointment of Consuelo Porras as prosecutor general.

DOS is attempting to intimidate President Alejandro Giammattei, the private sector, and members of the official nominating commission to appoint another of its agents. DOS uses its partner media in Guatemala, such as La Hora and El Periódico, as well as its international partners, such as the Washington Post, to spread lies and suppress truth. DOS would like to have another Claudia Paz y Paz or Thelma Aldana succeed Consuelo Porras.

This would allow DOS to end the cases against the corrupt former judges and prosecutors who are fugitives in the United States and those who were arrested before they could flee. DOS surrogates could file criminal charges against magistrates, judges, prosecutors, and anyone else who opposes the DOS agenda. DOS would abuse its power to fix the 2023 election and continue its conquest of Guatemala, which points to dictatorship.

Guatemalans should understand that DOS arbitrarily applies the Engel List and that the US Congress accepts it without question. Members of the Senate and House foreign relations and judiciary committees, lacking information, have assumed, with few exceptions, that the State Department properly applies the law. DOS only represents Americans in name. Its actions in Guatemala betray the United States and its Constitution.

The law that created the list is the United States-Northern Triangle Enhanced Engagement Act. It appears in the 2,124 pages of the Consolidated Appropriations Act 2021 in Division FF, Title III, Subtitle F—page 1,946.

The secretary of state and USAID administrator were obligated to submit a strategy to Congress on how “to advance economic prosperity, combat corruption, strengthen democratic governance, and improve civilian security in El Salvador, Guatemala, and Honduras and to curb irregular migration from the region.”

Among the list of criteria, the secretary of state must consider “supporting market-based solutions … strengthening the capacity of national justice systems and attorneys general to identify and prosecute money laundering and … breaking up financial holdings of organized criminal syndicates … implementing transparent, merit-based selection processes for prosecutors and judges.”

To develop the strategy, the secretary of state may consult with civil society and the private sector in the United States, El Salvador, Guatemala, and Honduras. DOS consults with its NGO partners USAID finances. It also created the phony rubber-stamp National Entrepreneurs Council to fool the US Congress.

Other recipients of US aid are CODECA and 48 Cantones. They blocked roads to protest Porras’s firing of DOS prosecutor Juan Francisco Sandoval, demanding the resignation of Giammattei and Porras.

The law gives authority to impose “targeted sanctions on individuals … who are engaged in acts of significant corruption that impact El Salvador, Guatemala, and Honduras or obstruction of investigations into such acts of corruption will benefit the citizens and governments of such countries.”

Sanctioned persons are inadmissible to the United States. DOS also uses visas as a weapon to impose its agenda on the Dominican Republic. Life Site News reports “US threatens to deny visas to Dominican lawmakers if they do not legalize abortion.”

The United States has appointed itself Guatemala’s, El Salvador’s, and Honduras’s parent. The US president must announce a list of persons who “have knowingly engaged in actions that undermine democratic processes or institutions, or in significant corruption or obstruction of investigations into such acts of corruption.”

On July 1, 2021, DOS made public its report to Congress pursuant to the law, and DOS cited the language of the law in issuing sanctions against its targets: “The report includes individuals for whom the Department is aware of credible information or allegations of the conduct at issue, from media reporting and other sources.”

Guatemalans watched as formerly prestigious US media published a wave of stories linking former President Donald Trump to collusion with Russia. That false narrative was debunked by a biased special prosecutor who, even after using totalitarian methods, could not find any evidence to support the charges.

DOS has its media partners issue false reports against its targets and uses them to claim it has credible information to sanction them. DOS sanctioned the president and two lawyers of the Foundation against Terrorism. The foundation presents complaints in court and makes public comments. DOS sanctioned its leaders for exercising their civil rights.

DOS sanctioned Porras in reprisal for firing Sandoval, who notoriously violated the law as part of the DOS agenda. DOS gave no reason because it has no evidence. DOS misuses the Engel list as a political weapon.

On March 18, 2022, the Treasury Department was able to add criminal cartel members to its sanctions list because of Porras’s effectiveness and cooperation. This is the most recent example that she has been doing what the criteria of the law behind the Engel list requires. Porras’s sin in DOS eyes has been to apply the law to DOS prosecutors and judges, such as Sandoval and now fugitive judge Erika Aifán. Aifán has enjoyed full DOS support during years of illegal rulings it wanted.

DOS itself has blatantly violated the criteria of the Engel list law: “implementing transparent, merit-based selection processes for prosecutors and judges.” Many reports have denounced illegal DOS interference in the current selection process.

DOS is attempting to prevent Porras’s reappointment because it does not want a prosecutor general who correctly applies the law. DOS wants prosecutors and judges who violate the law to promote its criminal agenda. In keeping with the United States-Northern Triangle Enhanced Engagement Act, those implementing the DOS policy are the ones who deserve sanctions.