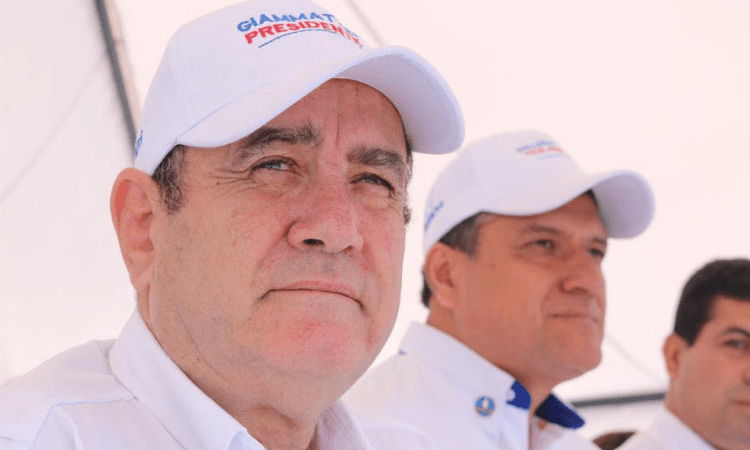 Giammattei has worked in government, and this was his fourth campaign for president. (Cocoriki)

The election on Sunday of Alejandro Giammattei as president of Guatemala helps secure the US southern border. Had his socialist opponent Sandra Torres won, Guatemala would be headed for the Cuba, Venezuela, Nicaragua group. Guatemala would have become an adversary sending more migrants and drugs to the United States.

Permanent bureaucrats in the Bureau of Western Hemisphere Affairs (WHA) of the State Department fired the bullet the United States and Guatemala dodged. Having co-opted Guatemala’s judiciary and criminal prosecution under the Obama administration, these deep staters have plotted for four years to make Torres president. Despite significant illegality, Guatemalans continue to resist socialism.

President Donald Trump and Secretary of State Mike Pompeo, busy with vital interests, left Guatemala policy to the WHA. Then Acting Secretary of Homeland Security Kevin McAleenan went to Guatemala in May. He negotiated an asylum agreement there that is set to greatly reduce the number of people presenting themselves at the southern border.

The WHA and Arreaga tried to undermine the agreement and keep Trump from discovering and ending their socialist agenda in Guatemala. They underestimated their president’s persistence and abilities. When they misinformed Trump that a Guatemalan court had prohibited the agreement, Trump threatened Guatemala with import duties, fees on remittances, and travel restrictions for their citizens. McAleenan and his Guatemalan counterpart signed the agreement on July 26.

The agreement will permit the Trump administration to deny asylum hearings to aliens who have passed through Guatemala. This would apply to almost all who have recently arrived on our border.

Opponents claim Guatemala cannot absorb such great numbers of people. Guatemala cannot, but few will go there. Those migrants are not fleeing persecution, the condition for asylum; rather, they seek work. They apply for asylum because they know they’ll be released into the country pending a hearing that could be years away. Knowing they will now be denied entry, these migrants will have no interest in Guatemala and will resume crossing the US border illegally.

Democrat refusal to reform asylum procedures and their opposition to the agreement with Guatemala are to assure the flow of immigrants to continue portraying Trump as an anti-immigrant racist. The real issue is security, but for Democrats politics takes precedence.

Speaker of the House of Representatives Nancy Pelosi led a delegation of Democrats to Guatemala on Thursday. Arreaga arranged a gathering of socialists for her to oppose the agreement and promote Torres. Pelosi was photographed flanked by two political judges who routinely violate the law for the socialist agenda. Pelosi praised them as courageous. Politics also takes precedence over law for Democrats, as we have seen domestically.

Giammattei and Trump need to be aware that their interests are identical—development and a reduction in the flow of illegal migrants and drugs. The Obama policy deprived Guatemalans on the border with Mexico of opportunity and subjected them to violence. To change this, Guatemala must end the WHA policy and apply the law to Pelosi’s supposedly courageous judges and to the public prosecutor’s office.

The asylum agreement will not be sufficient for US border security. Trump needs to work with Giammattei and President Jimmy Morales until the transfer of power on January 14 to create the conditions that will help Guatemala develop and simultaneously reduce the flow of illegal migrants and drugs.

Morales had no political experience before assuming office. He was ambushed by Obama and his ambassador. This carried over into Trump’s tenure.

Giammattei has worked in government, and this was his fourth campaign for president. Trump must become involved in what McAleenan has called the choke point for illegal immigration.

Now that the WHA assistant secretary has resigned, Trump must appoint a replacement who is prepared to stand up to the socialists in the bureau. Trump must remove Arreaga immediately and replace him with someone he trusts and who will not be controlled by WHA socialists.

The Obama policy has subjected Guatemala’s rural inhabitants to the cruel and arbitrary rule of the successors to Fidel Castro’s guerrillas. The locals yearn to be free and have opportunity.

The Guatemalan elite now know the feeling of being the victims of the arbitrary application of law. Some of them realize the antidote is development that comes from competition based on price and quality of goods and services instead of government protectionism.

Paradoxically, Guatemala has never been closer to the rule of law than now. Having just dodged the WHA-Torres bullet, the masses and the elites would support sound development policies. Trump must help Giammattei make this happen. It will benefit them and their countries.