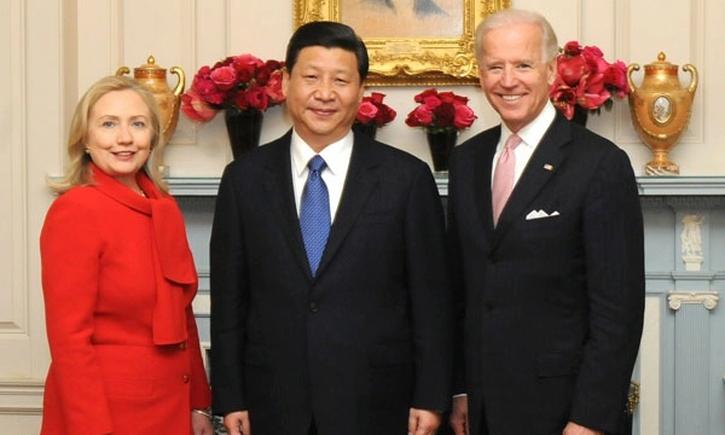 In his endorsement of Joe Biden for president, former President Barack Obama confirmed Biden is a socialist: “Joe already has what is the most progressive platform of any major party nominee in history … we [need] real structural change.”

In an interview with 60 Minutes, former Biden rival for the nomination Bernie Sanders was asked whether Democrats have moved closer to him. He responded, “In many ways, they have, and the ideas that seemed radical four years ago are now kind of mainstream.”

Among these ideas, which Biden now proposes, is the failed Obamacare, which appears was intentionally structured as a stepping stone to federal single-payer health care. Biden would only deport “undocumented people” who committed felonies in the United States. All others can stay—an open-border policy. Democrats made clear in their debates the new immigrants should vote. They seek to import new, grateful voters who will give them power.

Biden has said climate change is an existential threat. Obama and Sanders agree. The only difference among them is the amount of money they propose for green projects. They insist the science is settled. It is not, but they are settled on a mandate for economic destruction and increased central government power: socialism. Environmentalism for Democrats is a tool to impose socialism.

Part of our success under President Donald Trump has been energy independence. Obama obstructed progress in US energy as much as he could. Biden’s energy policy is no more fossil fuels: more socialism masquerading as environmentalism. Naturally, Obama wants us to return to the Paris accords, so we can join Europe as energy dependent, ripe for Russian extortion.

When a debate moderator challenged Biden over Obama’s praise for the Cuban education system, Biden stood by the former president. Obama just wanted to change Cuba, “to open them up.” The effect of the policy Biden praises was to provide badly needed cash to help the Castro regime survive.

Obama says Biden is the person to address the vast inequalities in our society. This is the same Obama that, in unscripted remarks, created Joe the Plumber by saying we should spread the wealth around. Like Sanders and Elizabeth Warren, Obama does not favor widespread wealth creation; he favors redistribution managed by a centralized government. Biden has adopted the same position in Democratic debates.

Fidel Castro in Cuba, Hugo Chávez in Venezuela, and Daniel Ortega in Nicaragua all promised redistribution managed by a centralized government. Instead, they delivered tyranny and destitution. Redistribution discourages production. As it decreases, the collectivist leaders blame greed and demand more power, further exacerbating the problem until they become totalitarian.

The seductive but unrealizable promises of free everything are always the same. So is the division of society into victims and oppressors (identity politics), which also requires increasing government power to remedy. Another ploy to garner increased power is to demonize opponents as being exactly what socialists are.

Obama says Republicans are only interested in power, not people. Trump is the man who enabled more jobs by reducing regulations and making better trade deals. Obama exported jobs to China. He helped globalist economic elites take advantage of cheap labor without rights by exporting to the United States with tariffs one-tenth of what China charged on imports.

Obama says Republicans have a propaganda network with little regard for the truth. The New York Times, Washington Post, CBS, NBC, ABC, CNN, MSNBC, and others are political action committees masquerading as news outlets. They partner with Democrats and the permanent federal bureaucracy to undermine Trump, including inventing stories and committing crimes.

Obama claims Republicans ignore facts and science. Democrats were the ones who encouraged people to celebrate in Chinatown in New York and San Francisco while Trump had banned entry to the United States for people who had been to China. Identity politics ignored science and common sense and caused avoidable deaths.

Obama says our country’s future hangs on this election. Yes, it does. We must choose between liberty under Trump and socialism under Biden that will lead to tyranny.

Obama needs Biden to win to avoid questions regarding what the president knew and when he knew it in relation to the efforts to protect Hillary Clinton from criminal prosecution, spy on Trump’s campaign, and, once he won, bring him down. “What happened to [Trump] was one of the greatest travesties in American history,” said Attorney General William Barr about the FBI’s counterintelligence investigation into his campaign. “Without any basis they started this investigation.”

As good socialists, Democrats put their politics above the law while abusing it to attack their opponents. I watched as Biden forced a criminal UN commission on Guatemala in 2015 and as the US ambassador illegally forced a socialist ally onto the country’s highest court. With control of criminal prosecution and the judiciary, Obama’s and Biden’s operatives in Guatemala jailed their political enemies without evidence and in violation of the law and their constitutional rights.

Obama’s and Biden’s allies were socialists protecting the successors to the Castro-supported guerrillas. They were able to violate the law in obvious ways because of little US interest regarding Guatemala. That is despite Guatemala’s geopolitical importance as the key country in the land route for illegal drugs and migrants to the United States.

If they gain power this year, Biden and the Democrats will spike the Barr investigations as politically motivated. They will have successfully avoided responsibility for crimes against democracy. Abusing government power to fix an election and then to undermine a duly elected president is what happens in Third-World countries. That is where Democrats and their socialism will take us if we let them.