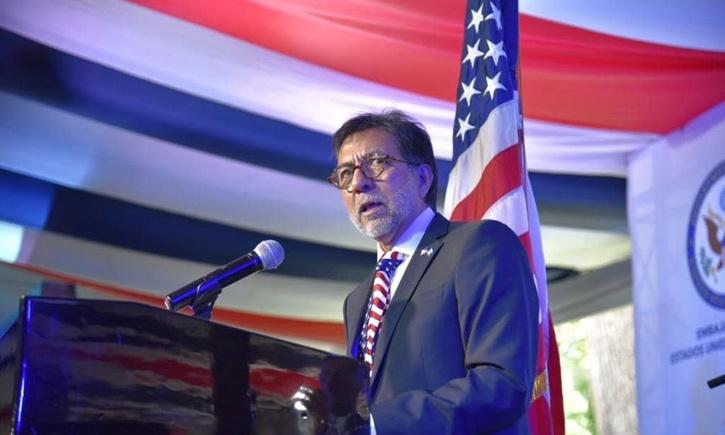 Luis Arreaga ignores legalities and continues his rush to consolidate his socialist cabal (US Embassy Guatemala).

President Donald Trump has coined the phrase #Obamagate to describe criminality in the Obama administration to spy on Trump’s 2016 campaign and remove him from office. Barack Obama is now attacking his successor on many fronts, but the confrontation is larger than two men.

The Obama team relies on holdover allies for cover and to destroy Trump’s presidency. These allies have earned their moniker as the deep state, which is one leg of a subversive tripod. The other legs are corrupt fake news and the Democratic Party.

On Friday, Trump confronted the tripod by firing State Department Inspector General Steve Linick. Normally, such a firing would be routine. However, the media and Democrats understand a nonpartisan inspector general would expose deep-state betrayal. US Ambassador to Guatemala Luis Arreaga is one who should be nervous.

Guatemala is the choke point—the only land route from South and Central America to Mexico—for the flow of narcotics and migrants to the United States. The tripod has been criminally subjugating Guatemala to impose a socialist regime. They control much of the country, but Guatemalans are resisting, making them allies in Trump’s fight against the tripod.

Arreaga leads the tripod’s efforts to keep Trump and Guatemala from working together and counteracting the disastrous Cuban model. Exposure would reveal the tripod uses the same methods against Trump at home that it uses in Guatemala.

Linick’s office released an inspection report on the US embassy in May 2018. The Context section repeats propaganda from the Fidel Castro-supported terrorists who had tried and failed to impose communism by force. More importantly, the report hides crimes of embassy personnel committed to the socialist agenda.

The report claims, “Human rights concerns include institutional corruption, particularly in the police and judicial sectors, and security force involvement in serious crimes.” That perfectly describes the effects on Guatemala by former Ambassador Todd Robinson (2014–2017).

Robinson used the CICIG as his enforcement arm to take control of Guatemala’s Constitutional Court (CC), the last word on constitutional questions. He threatened members of Congress to install his ally. She won 145-6. Robinson’s interference was sufficiently blatant for the Vatican’s ambassador and Guatemala’s archbishop to publicly complain about him.

Robinson had supported former first lady, guerrilla, and Vice President of Socialist International Sandra Torres for president in 2015. After she lost, he began planning to fix the 2019 election for her. With control of the judiciary and criminal prosecution, thanks to Biden, Robinson corrupted the electoral authority.

Arreaga succeeded Robinson at the end of 2017 and has equaled his predecessor’s perfidy. He put the CICIG in charge of the 2019 election and led a massive fraud executed by the electoral authority with its illegalities protected by the CC.

Arreaga fought former President Jimmy Morales for two years to keep the CICIG and its Colombian commissioner, whom Judicial Watch identified as “aligned with the FARC, the violent Marxist guerrilla.” However, Morales expelled the CICIG last year, and Arreaga is reconstructing it in the government of President Alejandro Giammattei, inaugurated in January.

Arreaga has promoted what he calls independent judges for the Guatemalan Supreme Court. For the tripod, “independent” means to violate the law for the socialist agenda. Arreaga had photos taken of his hanging judges with visitors from the United States, including House Speaker Nancy Pelosi, to intimidate those who nominate and appoint Supreme Court magistrates.

The CC illegally left Guatemala without a legal judiciary, since the CC suspended the nominating commission after it excluded some of Arreaga’s nominee picks. The CC has just issued an illegal ruling that lets Arreaga’s favorite corrupt prosecutor illegally eliminate candidates Arreaga opposes.

In 2018, Morales fired the socialist minister of interior Robinson had forced on him. The new minister fired 11 Robinson people from the ministry and the police. Arreaga put them on the payroll of the State Department’s counternarcotics arm.

All 11 returned to government this year. Arreaga publicly congratulated two of them for becoming director and sub-director of the police despite the reinstatements being illegal. With his control of the CC and the public prosecutor’s office, Arreaga ignores legalities and continues his rush to consolidate his socialist cabal.

The following appeared in these pages two years ago: “Obama’s program to pervert justice in Guatemala sheds light on the handling of the Clinton email, Trump-Russia collusion, and FISA abuse scandals.… Without full disclosure and accountability—a return to the rule of law—the Obama program in Guatemala could be coming to a theater near you.” This win-at-all-costs takeover strategy is what the tripod—Democrats, the deep state, and fake news—is applying in the United States.