What Transparency Means for NGOs in Guatemala
Skip to content 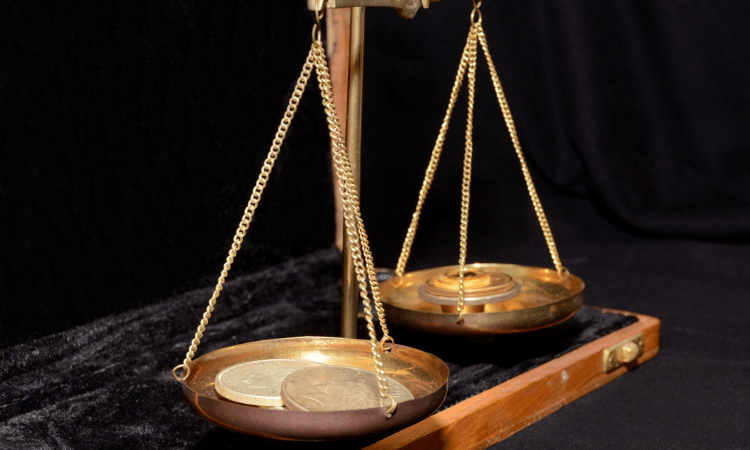 President Alejandro Giammattei argued the reforms were “an act of transparency.“ (Canva)

On May 12, 2021, the Constitutional Court (CC) of Guatemala, the last word on judicial matters, paved the way for a controversial law reforming how nongovernmental organizations (NGOs) operate in the country.

In a 60-page verdict, newly elected magistrates overturned a 2020 ruling by the previous court that had suspended the reform.

What was the reform about and why did it stop?

In February 2020, Guatemala’s Congress approved a reform to existing legislation regulating nonprofits after a series of scandals involving local and foreign NGOs, including abortion-rights advocate Planned Parenthood. The initiative targeted 13 articles of existing legislation to ensure transparency and oversight over NGOs operating in Guatemala.

President Alejandro Giammattei argued the reforms were “an act of transparency.” In response to criticism that the Guatemalan government was trying to silence human-rights activists, Giammattei said “those who have not used their resources properly are those against the reforms.”

The fact is NGOs have received public funds and have had accountability problems. In 2013, the country’s government accountability office found irregularities in 30 NGOs. In 2019, the Guatemalan government allocated around $91 million to 64 nonprofits. Moreover, 28 NGOs with proven links to Guatemalan politicians tried to funnel public funds to their own causes in 2020.

Although Giammattei had already signed the bill into law, civil-society organizations secured an injunction from the CC in March 2020, preventing the reform from going into effect.

The reform establishes that domestic and foreign NGOs must undergo a thorough registration and vetting process. It requires nonprofits to maintain accounting records and be subject to the supervision of the General Comptroller’s Office. NGOs also must be accountable to donors and, if required by local authorities, hire external auditors.

Currently, NGOs do not need to specify where in Guatemala they intend to operate and on which issues. They can open accounts across financial institutions, including banks and credit unions, and do not need to report to Guatemalan authorities all foreign donations.

What are the major critiques of the reform?

Who opposes the law?

In response to the latest CC ruling, 212 civil-society organizations asked CC magistrates to review their decision. “Your role is to protect citizens’ constitutional rights and not to favor those who designated you as magistrates,” they wrote in a statement.

The most visible organizations demanding the “suspension of these reforms and all government attempts to infringe rights” are the Cooperatives Coordinator (Congcoop), the Committee of United Campesinos (CUC), and Guatemala’s Unity of Human Rights Supporters (Udefegua).

A 2012 investigation revealed that the CUC had threatened and coerced peasants in the countryside who did not want to participate in illegal CUC activities. Another nonprofit that allegedly defends indigenous communities against mining companies, dubbed Legal, Environmental, and Social Action Center (CALAS), is now subject to investigation due to resources mismanagement.

For the 82 members of the Congress that voted in favor of the reforms in February 2020, the new legislation would provide more transparency and monitoring capacity over NGOs. Giammattei argued the law responded to media reports unveiling irregularities and resource mismanagement in some nonprofits, particularly those operating with public financing.

“I am not against NGOs, and I could mention some examples of the worthy labor NGOs do,” Giammattei asserted. However, he added “the Comptroller Office has said monitoring is difficult, since there is lack of knowledge of financing sources, projects non-compliance, and fraud signals.”

Who are the CC magistrates who voted in the recent ruling?

The CC is composed of five magistrates, each nominated by a different entity: the judiciary, Congress, the president, the state-run San Carlos University, and the bar association. All voted to lift the injunction impeding the reform.

Roberto Molina, Dina Ochoa, and Leyla Lemus are the newly appointed magistrates who took office in April after a controversial election process. Their mandate extends through 2026.

José Francisco de Mata and María Cristina Fernández are magistrates from the former period sitting in for their successors while legal challenges to the nominees, Gloria Porras and Néster Vásquez, are being resolved.

Roberto Molina Barreto, head of the CC, appointed by the judiciary

Lawyer, politician, and judge. From 2006 to 2016, Molina served as a CC magistrate. Then, during the 2019 presidential election, he became the running mate of Zury Ríos, daughter of the late Guatemalan military ruler Efraín Ríos Montt. He is the founder of Fundacívica, a nonprofit, and a business owner.

An appellate judge and university professor, Ochoa was nominated by former president Jimmy Morales to serve on the CC in 2016. During her first mandate, she was critical of the United Nations anti-impunity commission CICIG and supported the Trump administration’s asylum agreement with Guatemala.

In 2020, Ochoa filed a complaint against her fellow-magistrate Gloria Porras for abuse of power.

Leyla Lemus, nominated by the president

A lawyer and career public official, she was Giammattei’s secretary-general before he nominated her as a CC magistrate.

A lawyer and university professor, he became a CC magistrate in 2016. In 2018, Guatemala’s procurator-general accused de Mata and two other CC magistrates of violating the Constitution, malfeasance, and abuse of power. A lawyer filed a similar accusation against him in late 2020.

An attorney, public notary, and judge, she has served as an alternate CC magistrate from 2016 to 2020. In 2019, she was one of the magistrates who ruled to keep the immunity of presidential candidate Sandra Torres, whom prosecutors had accused of illicit campaign financing.