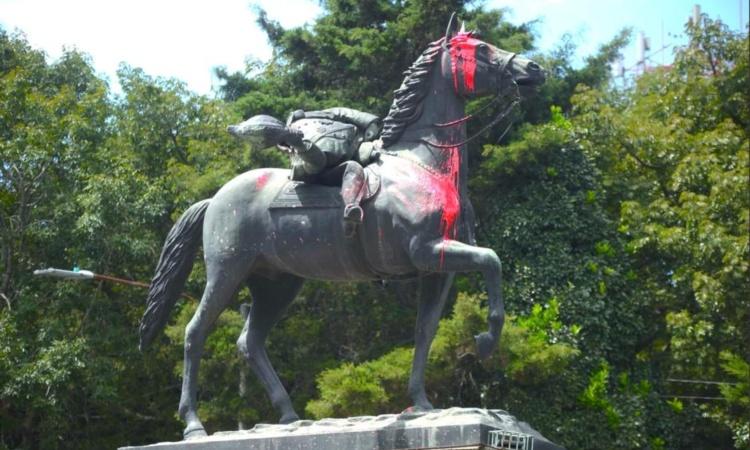 The embassy’s denial of responsibility is false.

The NGO Acoguate participated prominently in the violent demonstrations. The Swedish Fellowship of Reconciliation (SweFOR) appears on the Acoguate website as a donor and network member. SweFOR lists the Swedish Corporation for Development (ASDI) as a primary donor. Clicking on the ASDI link on the SweFOR website opens to the Swedish International Development Cooperation Agency (Sida).

Sida-owned internet news site OmVärlden issued a report about Guatemala on May 21, 2021. The report divides Guatemala into two camps: (1) purehearted, benevolent people struggling for human rights and (2) evil, corrupt, repressive people. This false binary description is a divisive tactic manipulators use to create violence and conditions to take and never relinquish power.

In the 19th and early 20th centuries, Sweden’s classical-liberal model was one of the most successful in the world. About 60 years ago, Sweden moved towards socialism. With the inevitable damage, Sweden began to move back to free-market principles in the early 1990s.

Sweden’s culture of high social trust, work ethic, and cohesion permitted it to return to free-market principles. Socialism has destroyed other countries that have tried it.

Swedes are unprepared to understand Guatemala, as reflected in the state-media OmVärlden report. They are vulnerable to the class-warfare rhetoric that a wealthy elite represses the poor masses. This has a kernel of truth, but it deflects from the most profound problem. Guatemala is a rich country that has been poorly managed. The indigenous peoples’ culture coincides with classical liberalism and free markets. Five centuries of centralization and consequent abuse of power has stood in their way.

The push for more centralization, with Swedish backing, reinforces the problem and catalyzes another failed state. Guatemala would flourish with decentralization, limited government, and rule of law. There is support for this from all sectors, including within the wealthy elite.

A Swedish delegation led by Minister for International Development Per Olsson Fridh met with the Popular Social Assembly—the group that convened the violent October 12 demonstration—and with the Committee of United Campesinos (CUC). Daniel Pascual, the prime mover and power broker behind both groups, participated. He said his movement is corruptly singled out as criminals, and the report author repeats this without question. The Swedish authors either do not know history or they are purposely sewing conflict in Guatemala.

The Guerrilla Army of the Poor (EGP), trained and financed by Fidel Castro, was dissolved by the 1996 peace accords. The EGP created the CUC as a mass movement in 1978, and it survived the peace accords.

The CUC, which portrays itself as an independent campesino organization, occupied the Spanish embassy in 1980. People died. The guerrillas have portrayed the event as a spontaneous uprising by indigenous people. In a 2008 interview, historian Jorge Luján Muñoz said that former EGP head of operations Gustavo Meoño had told him, “I took the decision to occupy the Spanish embassy.” It was one of the guerrillas’ most influential operations.

Continuing the guerilla agenda in 2012, the CUC destroyed a hydroelectric plant in northwestern Guatemala. Former president Otto Pérez declared a state of siege. Attorney General Claudia Paz y Paz, whose father and many relatives had been guerrillas and whom OmVärlden praises, protected the CUC from prosecution despite evidence presented in court against them.

Former prosecutor Gilda Aguilar, who had worked the hydroelectric case, accused Pascual of orchestrating a failed assassination attempt against her. He has led illegal road blockades, and he gave a fiery speech at the October 12 demonstration connected to Sweden.

OmVärlden praises the defunct International Commission Against Impunity in Guatemala (CICIG). Four civic groups issued a report detailing CICIG’s crimes. Later, the US Helsinki Commission exposed CICIG collusion with Russia against a Russian family who had fled Vladimir Putin persecution. Created to dismantle clandestine security organizations beyond the reach of the law, the CICIG became such a group itself.

OmVärlden praises Gloria Porras, a former magistrate of the Constitutional Court, Guatemala’s last word on judicial matters. Besides ruling twice in cases to which she was a party, Porras illegally kept political enemies in jail and illegally closed factories, causing lost jobs and great damage to Guatemala’s economy.

OmVärlden praised corrupt former officials who fled to the United States. Later, former head of the special branch against impunity of the Justice Ministry Juan Francisco Sandoval joined them in the United States, the same day he was fired. Sweden’s Ambassador to Guatemala Hans Magnusson personally escorted Sandoval to El Salvador to avoid his arrest stemming from numerous criminal complaints against him.

Sweden was the second largest contributor to the CICIG. The largest was the United States. Swedish taxpayers send approximately $30 million yearly to Guatemala.

Swedish aid to Guatemala, like US aid, ends up in the pockets of violent anti-capitalists masquerading as human-rights activists. Sweden’s record in Guatemala is sordid. Swedish citizens should demand better from their government. Sweden should cease harming Guatemala.